A rule change in state public/private partnership laws has opened up the market to student housing projects after a couple-year standstill (the original tight restrictions happened in the wake of a certain governorâ€™s abuses of power). 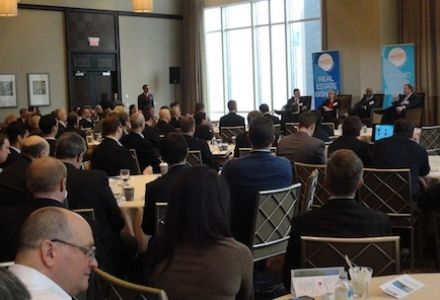 More the 225 of you joined us at Trump International Hotel & Tower for Bisnow's 2nd Annual Chicago Student Housing Summit. Our first panel discussed new ways to partner on deals, what to do with old product, and students' unique demands depending on their campus. For example, while nobody drives at University of Michigan, students at Wichita State don't have to park more than 100 feet from their dorm and many drive across the street to get to class. (If you think that's lazy, you'll be changing your tune when it's five degrees outside.) 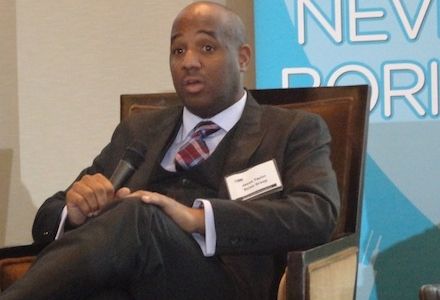 Scion VP of consulting services Jason Taylor says his firm owns 15,000 beds and has consulted on 130 campuses. New public/private partnership laws ease limitations on ground leases of public land for universities, a welcome change to help schools preserve capital and their debt capacity. He's says students are not that concerned with a LEED certification, but they'll take a recycling program or some reclaimed materials. (Students have the same response to most things: "Whatever.") Determining a building's functional obsolescence depends on its culture and legacy. At Purdue, the school refused to tear down an out-of-date 800-bed dorm from the '30s. Amelia Earheart lived there, it's important to the campus identity, and they were willing to spend above replacement cost to renovate. 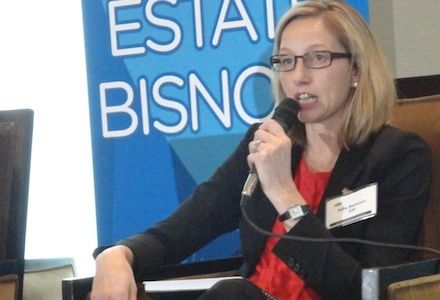 EdR SVP of university partnerships Julie Skolnicki says when universities take student housing off their capital plan, it can catalyze other projects like a student center. EdR, which develops, owns, and operates nearly 40,000 beds and opened 4,000 this year, is experienced in providing 100% equity for university projects. EdR is working with University of Kentucky as developer, owner and manager of the school's 6,000 beds (eliminating millions in deferred maintenance), with a goal to eventually provide approximately 9,000 new, privately operated on-campus beds. Julie noted a recent trend to focus on-campus housing less on amenities and more on balancing students' privacy needs with the school's desire to bring them together to create collegial bonds. 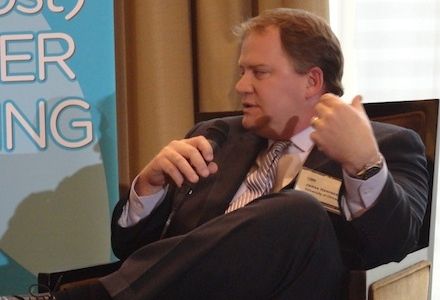 University of Chicago AVP of commercial real state operations Jim Hennessey says his school is reluctant to do campus projects with private developers. They can't match the quality of UChicago's limestone buildings and make the rents work, he says. Dorms no longer mean 10'x10' boxes with a bathroom down the hall (now students have to be more creative about how to prank one another), and students would picket if they didn't do at least LEED Silver on every project, he laughs. UChicago would like to see a low 70s percentile of undergrads on campus, but they are only in the low 50s today because of Hyde Park's low student housing supply. They're working on an 800-bed dorm on 55th Street with Jeanne Gang, along with a smaller 267-unit project with Mesa Development on 53rd Street, catering to grad students. 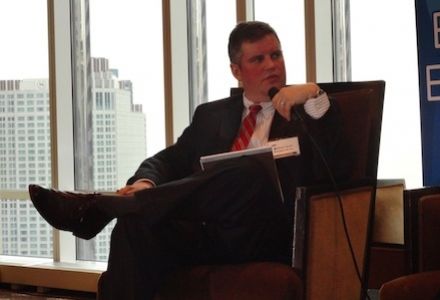 Sheppard Mullin associate Mike Roth, an expert in real estate finance and construction, moderated the panel, and threw no softballs. He asked panelists if they would have done anything differently on past projects knowing how students responded. They were tight lipped, but mentioned that hands-on university involvement is key to building something that lasts. Mixed-use projects are also increasing in popularity, with schools considering office, parking, or retail on the ground floor, especially if the project's on a main thoroughfare. View more pictures from our event here.