Grocery shoppers pledged a Cubs/Sox style allegiance to Dominickâ€™s and Jewel for decades. Now, the marketplace is unrecognizable, and the changes will only accelerate in 2014. The big stories: 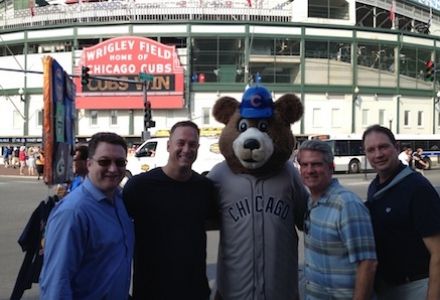 DK Mallon SVP and managing director Mike Mallon (second from right, with some of his team), a more than 30-year industry vet who led the Midwest for both Jewel/Osco and Dominick's, tells us he's never seen the amount of change in the grocery landscape that's occurred over the past year. The two giants' market share has been cut in half over the past 10 years, and continues to shrink with Safeway's announcement that it's closing the remaining 72 Dominick's locations and exiting the market. What does this mean? Consumers' shopping options will grow in number and quality, a positive thing for the economy (and anyone who's been bummed a store doesn't carry their fave salad dressing), Mike says. 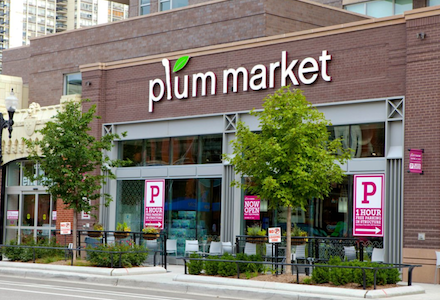 The market's become flooded with boutique regional grocers including: Mrs. Green's Natural Market in Lincoln Park; Cleveland-based Heinens, about to open its second location in Glenview; Plum Market (above) in Old Town; Fresh Thyme Farmers Market slated to open in Deerfield; and The Fresh Market, which recently opened in Lincolnshire thanks to Mike's team. (Let's just name the next one: Adjective Noun Market and save everyone some brainstorming.) Not to mention the continued growth of independent grocers within the Central Grocers co-op, Mike adds, currently the No. 2 market leader in Chicago behind Jewel (and a contender for some Dominick's boxes). Behemoths like Target, Costco, and Walmart remain forces, especially with new urban-friendly neighborhood formats. But how could we forget the elephant in the room? 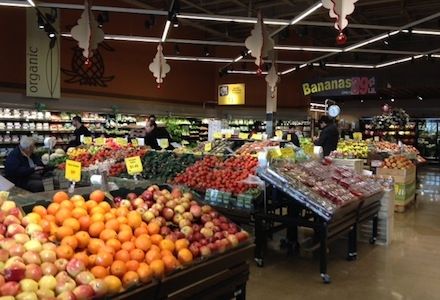 The traditional grocery format is broken and stuck in a holding pattern, Mike says, given rising labor costs and more competition than ever. With parent company Roundy's $36M purchase of 11 Dominick's stores and a handful more under construction, the Milwaukee-based upstart will go from 3% market share to the No. 2 leader by mid-2014, with about 18% to 20% of the market. Mariano's (above) has won over the market strategically, Mike says, by creating buzz around each store opening and crafting a value-focused and memorable shopping experience, with above and beyond customer service. (Why go to Whole Foods when you can find the same steak for $10/lb cheaper?)

4) All's fair in love and groceries 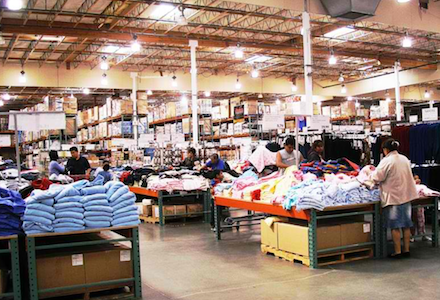 People will shop around for value, picking up a gourmet meal at Whole Foods then jetting to Costco (above) for Cheerios in bulk. (Do it wearing a tie, and it sounds like a great date night.) Now that loyalty's been lost, grocers need to enhance their positives to build a better mousetrap, Mike says, and there will likely be fallout for those who can't adapt. He's been impressed by New Albertson's tweaks at Jewel (which bought four Dominick's locations so far), reformatting stores and cutting costs to reduce consumer prices. Mike, who just celebrated DK Mallon's one-year anniversary, is looking forward to spending a few nights downtown with the family over the holidays, eating at their favorite restaurants, catching a show, and checking out the State Street windows.