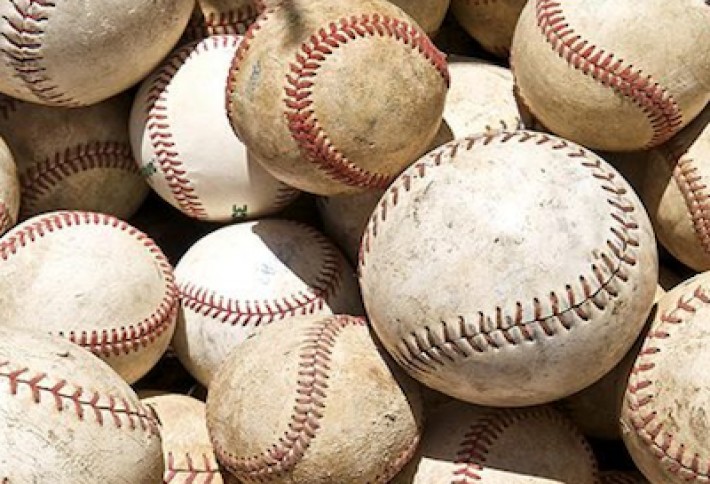 Catch up on last week's highlights before the boys and girls of summer take the field again tonight.

CB is 2-0 as the retailers go down for the second week in a row. Some timely hitting, dropped balls, and overall good defense contributed to the win. Mitch Adams led the hitting with five hits, including a 2b and 3b. The defensive play of the game went to Gene Hart in his right field CBRE debut--he caught a single and threw a rocket right into Matt Baumann's back, about 10 feet away. Ouch!

Colliers continues to dominate,taking down a formidable Tishman crew, which was short some of its heavy lumber. (Though Jon "I'm a Buck Boy again" Cordell was around to hurl the pumpkin.) Heavy hitter: Mr. Petit hit a screamer down the left line to bring in two. Colliers' rookie sensation Reed Adler went 3-4 with three RBIs.

DTZ's Tim Lisy had the highlight, quoting Lee Golub that this was the "worst night of 16" softball in 27 years!" Only DTZ highlights here. Offense was led by Bill Susott and Matt Kapusta who combined for six hits and two dingers. Pitching and defense was led by Jordan Decker who gave up one run on the mound and Tim Lisy who stole a rocket off the bat from Lee in the 4th.

Inland's back on the winning track. TW hung on until the 4th, when Inland exploded with seven runs on eight hits. Modesty prevented any individual highlights. Next week Inland faces a well-rested JF McKinney squad and TW can hope for a W against JLL #2.

A pitchers' duel until the bottom of the 6th. JLL hitting stars included Vervack, 4-4 with three runs and two RBIs, and Todd Schaefer with a big two-out RBI base hit. Klein's newbie Mike Roggeman went 3-3 and Johnny "Cocktail" Gaines went 2-3 and scored a run. Bowie the Boss went down looking in the first but knocked in two of three runs.

CW decided to be contenders, not pretenders, giving up one in the first but never trailing again. Rookie of the year candidate "Jumpin' Jack" DiNardo clocked four hits and four RBIs in his second DRESL game ever. CW also reclaimed John "Dr. J No" Norris to anchor first and expects big things at the plate. MB big boss Mark Buth is still recovering from karaoke.

The dog ate the highlights of this game, but CTK won as many this year as last!

We had a lovely picnic over the weekend. Where do you like to eat outside? marissa.oberlander@bisnow.com