With the opening of Googleâ€™s Motorola Mobility 600k SF global HQ in the 3.5M SF Merchandise Mart in Q1 2014, Chicago is giving San Francisco a run for its money as a true tech mecca. (A "techa," if you will.) 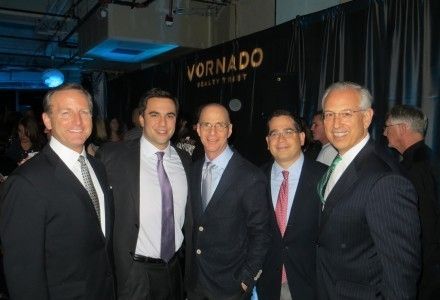 Tech firms are a much larger occupier of space in San Fran as a percentage of the overall office market, but Chicago is seeing office demand driven by both established orgs like Google and startups, Vornado Realty Trust/MMPI SVP Paul Heinen tells us. (Our San Fran reporter snapped Paul, left, celebrating 555 California St's tree lighting and a big new lease with Supercell, the Finnish online gaming powerhouse.) It's shaping how Chicago offices are designed. Open floor plans, open ceilings, significant power, and larger floor plates, all conducive to a more "horizontal" work environment (no, that doesn't mean napping), are becoming increasingly important, he says. 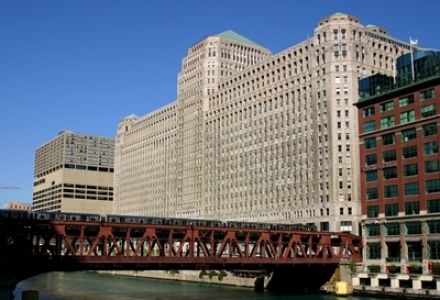 Google's new space will bring over 2,000 Motorola employees to the Mart, and the building's been prepping with amped up amenities (three new restaurants opening in the next few months) and planned updates to the pedestrian floors. Paul has already seen Google's coming presence up tech demand for space in the building exponentially, and he's bullish on the industry's future in Chicago. The state, city, local universities, corporate sponsors, and civic groups are all helping boost entrepreneurial orgs like the Mart's 1871, he says, which help keep new and creative ideas flowing (while keeping foosball table manufacturers in business).