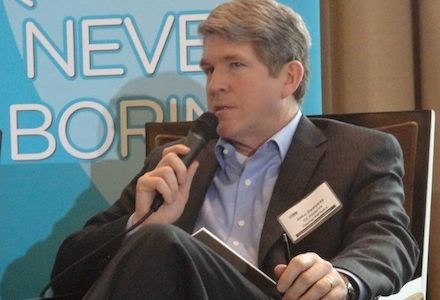 Student housing amenities are escalating, but the best perk will ultimately be proximity to the school, we learned at Bisnow's Chicago Student Housing Summit last week. (The closer you are to school, the shorter the sprint to get your paper in on time.) CA Ventures COO John Dempsey, whose New Year's resolution is to do Christmas shopping earlier next year, says the company's subsidiary, CA Student Living, looks for locations near Main Street, the library, or the football field. CA started acquiring properties in '05, and John calls the youth of the asset class exciting, because "you can really move the needle." Amenity planning is down to a science, he jokes, mentioning one of his operations guys perfecting a math algorithm for how many chairs should go on a pool deck. Social media has also changed the game. "You need to keep up, because the minute you touch something, the word's out," he says. 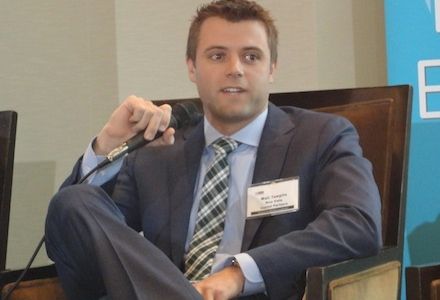 Along with running another marathon, Blue Vista Capital Partners SVP Walt Templin hopes to expand the firm's $1.3B of student housing in 2014. In the past 10 years, he's seen students and parents wanting more private space, amenities, and security. Where an Internet speed of 5MB/student was low but acceptable five years ago, we're now at 100MB and a property at the University of Texas is even trying 1GB/student. (Videos of students pranking their roommates come at a price.) Once the water was off at one of Blue Vista's properties for a number of hours and nobody complained, but when the Internet went down for five minutes, the phones rang off the hook in the management office. The best protection against an infinity pool down the block? The quickest walk to class from your property, Walt says. 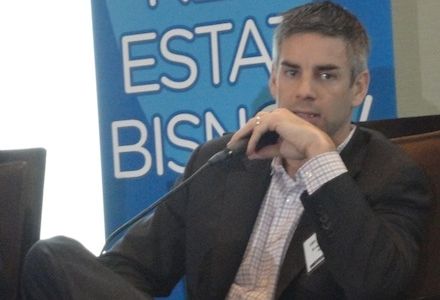 Harrison Street SVP Brian Thompson, whose firm is the largest private student housing owner in the country with 32,000 beds, vows he'll drink less coffee next year. While the asset class has evolved and become more accepted by lenders and institutional capital, he says the REITs still control just a fraction of the supply, much of it is locally owned, and there's opportunity to consolidate. He thinks the fear of dropping enrollment numbers is somewhat overblown given the cycle: people go back to school during a recession, and now that we're coming out of it, they're getting jobs. Harrison Street invested in 29 projects (11,000 beds) worth nearly $1B this year (a huge amount for such a small space), and his goal is to hit similar numbers next year. 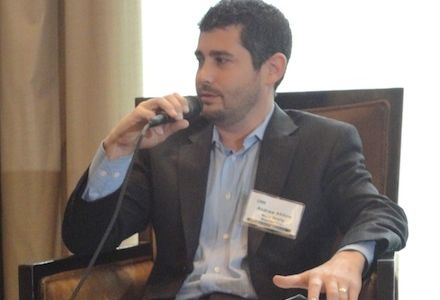 Marc Realty Residential director of operations Andy Ahitow is busy with 777 South State, an 882-bed complex in the South Loop that his firm picked up for $59M. Columbia College has a master lease, and the property will also house students from other nearby colleges (they're working on filling the building with interns for the summer). He recently learned how important it is to ask students what they want. After discussing improvements to the property gym with Columbia, they surveyed prospective tenants and found they would much prefer spaces to practice music, do theater, and other activities related to their arts backgrounds. They key is to stay nimble with your properties, and being in an urban area helps, he says. If demand eventually falls, it's easier to convert to multifamily. View more snaps from our event here.