Sharp Blows To The Economy Haven't Shut Down Investment Market

After a 10-year run when the commercial real estate market was awash in capital, activity slowed to a crawl in mid-March after shelter-in-place orders stalled the economy. Nearly 10 weeks later, putting together a capital stack is no longer impossible, as a rising stock market and reassurances from the Federal Reserve built up measured optimism among some investors, at least for certain sectors and projects.

“Four to six weeks ago, people were still trying to just deal with the circumstances that were so new, and so surprising, and just trying to deal with their existing book,” according to Barings Real Estate Advisers Managing Director Pam Boneham.

But some big market players now seem ready to do deals. 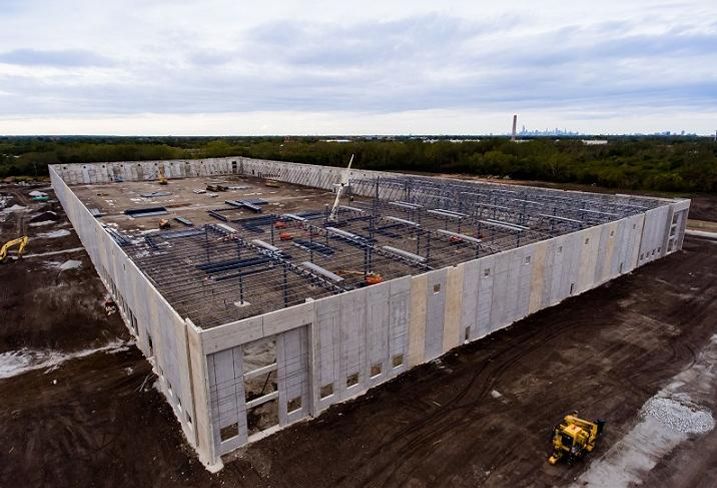 “The area where we’ve seen the most activity and the most reasonable quotes from the debt side is from Fannie Mae and Freddie Mac,” Boneham said Tuesday during Bisnow’s Chicago Deep Dish: Capital Markets webinar.

“Life insurance companies seem to be still functioning well and are definitely considering ground-up construction, and some of the family offices seem to be very real and are getting more aggressive,” Counterpointe Sustainable Real Estate Executive Director Christopher Kane said.

Powell told CBS News’ 60 Minutes Sunday that the Fed is committed to using the full range of its tools, including keeping interest rates near zero for as long as necessary and continuing lending programs that have already injected more than $3 trillion into the economy.

“We’re not out of ammunition by a long shot,” Powell said.

One of the big questions hanging over the investment market is where cap rates will end up over the next 12 to 24 months, and panelists agreed Powell’s aggressive posture, along with the abundance of debt throughout the world, could help cap rates soon return to normal.

“We expect that in the short term there will be some pretty interesting buys, where cap rates will be higher than what would have been achieved pre-COVID, and that’s because of distress and the lack of available buyers,” Boneham said. “But it’s hard to expect that cap rates will remain higher than they were pre-COVID for a long period of time. I think maybe three months, six months, then it will simmer down.”

The overall investment picture is still not bright. Powell said the economy will need more help to recover from this downturn, which could last well into 2021, and Congress should consider even more stimulus funds “that help businesses avoid avoidable insolvencies and that do the same for individuals. Keep workers in their homes, keep them paying their bills.”

Until then, investment transactions will get completed in fits and starts, with investors shying away from some sectors and cutting deals that some borrowers may find difficult to swallow.

“We’re seeing some fairly aggressive pricing from some debt funds and others where people just need to keep moving forward,” Boneham said. “There’s a debt fund that I’m aware of that was able to achieve a 12% interest rate on a construction loan for two years, so there is certainly some advantageous pricing going on in order to keep things moving.”

And cap rates will most likely vary widely among different sectors, regardless of Fed or other government action. 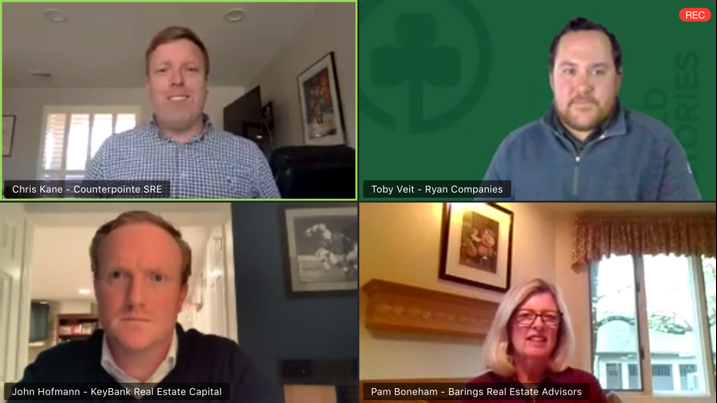 “Industrial is obviously the darling and will continue to be the darling,” Ryan Cos. Vice President of Real Estate Development Toby Veit said. “Multifamily seems like it could remain close to where it was, but there is going to be some disruption there to accommodate the new environment, and obviously the sectors that have been hit the hardest, hotel and retail, with those, I think it’s anyone’s best guess at this point.”

Boneham added that some disruption in the markets is inevitable, and the persistence of the coronavirus also means normalcy will remain elusive.

“We’ve spent a lot of time trying to just figure out logistics of site inspections, and if it’s a multifamily property, a lot of tenants don’t want you to enter their space as it’s a needless risk for them,” Hofmann said.

The biggest unknowns hover over the office sector. No one knows how offices will function if no vaccine is discovered in the short or medium term, or how companies will implement social distancing or how millions of employees who once packed onto subways and buses will commute to work.

Veit said his firm, which manages 15M SF of offices across the U.S., is also formulating a workplace strategy for its own space. Its plans include keeping offices closed on Friday and throughout weekends so any lingering viruses die over that 72 hours, limiting elevator use, installing touchless doors and keeping half of the workforce at home.

“Anecdotally, we’re seeing a lot of interest from consultants, architects and engineers who are scoping out tenant improvement packages, and right now, if you had a tenant space that was under build-out, I think a lot of people are going back to the drawing board,” Kane said.

“The office building is just one part of it,” Boneham added. “In cities like Chicago, public transportation plays such an important part.”

She estimates 40% of downtown Chicago office workers use Metra, the region’s commuter rail system, but riding packed trains and walking through densely crowded stations may no longer be an option.

“Cities like Chicago, Boston, New York and San Francisco, they’re going to be more challenged to come back into the office, not only because of the elevators and the interest in social distancing but also the challenges to get from the house to the office,” Boneham said.

She expects that many firms in these dense urban areas will start establishing satellite locations throughout their respective regions, lessening the need for public transportation and boosting once troubled suburban office markets.

“That may be a trend that we see continue for a while,” she said. “Don’t bet against Chicago, don’t bet against New York or Boston, but in the short term, there are some challenges.”

Suburban office has not been the darling of investors for a long time, Boneham added, but shifts caused by the coronavirus could change that.

“With tenant demand, capital demand should follow,” she said.