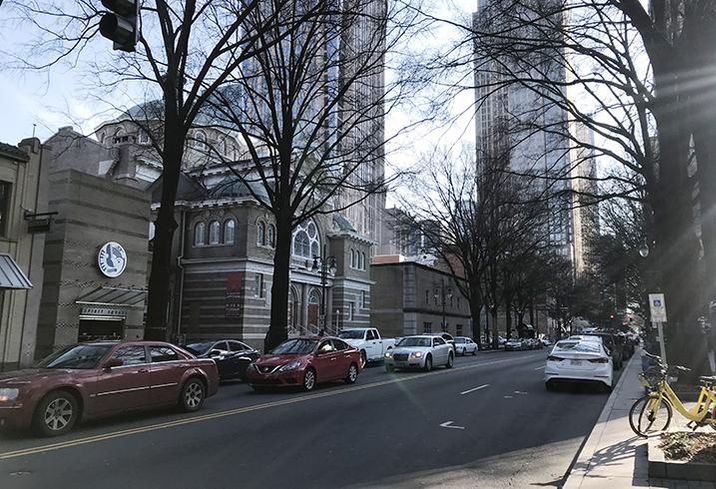 North Tryon between Sixth and Eighth streets is going to be completely transformed with a project called Seventh & Tryon, and Atlanta-based DaVinci Development Collaborative released a request for qualifications Wednesday.

A mixed-use public-private partnership has been proposed for 6.8 acres in Uptown as part of the North Tryon Vision Plan. Stakeholders are Charlotte Mecklenburg Library, Mecklenburg County, the city of Charlotte, Bank of America and the Charlotte Housing Authority. 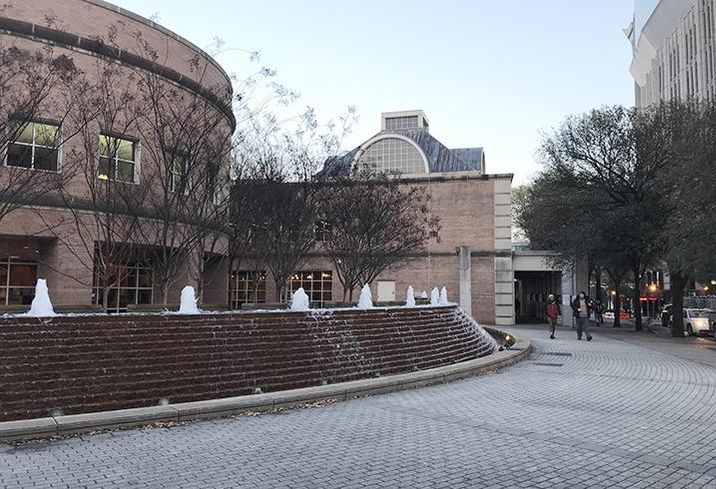 A new library will be built as an anchor for the site. The plan also includes creative office spaces, residential space that will include senior housing, market-rate and diverse price-point housing, refurbishing historic Hall House into a boutique hotel, street-level restaurant and retail space, outdoor public spaces and parking. McGlohon Theatre, a historic landmark, will remain and must be built around. Spirit Square is slated for demolition. Duckworth’s Grill & Taphouse will remain.

The new project should breathe life into a section of Uptown that remains relatively quiet, Mecklenburg County assistant to the county manager Dennis LaCaria said.

“Today, if you look at it, the Hall House stands empty, the library is typically closed by 8. There’s not really much else going on there — a police substation; McGlohon Theatre has events.” 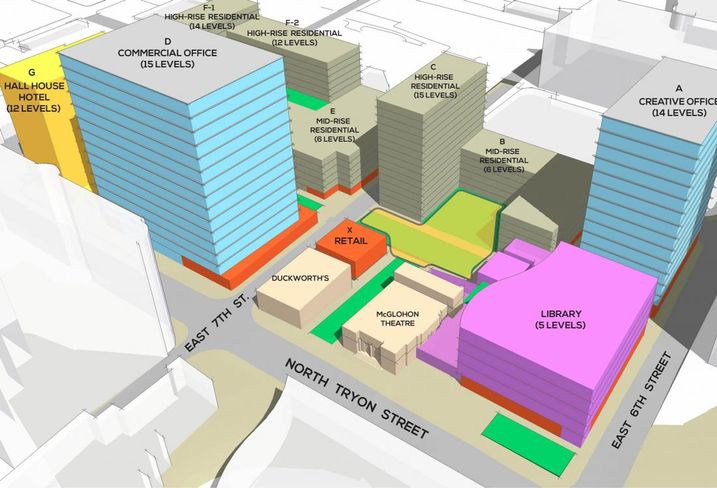 LaCaria said the new project will be at least a 12- to 18-hour development.

“Now we’re talking retail, sundries, a drugstore, where you can get a cup of coffee at 6 in the morning and a glass of wine at night.”

Questions regarding the RFQ are due by April 4 and deadline for submissions is 5 p.m. April 24. Selections will be announced May 21.