Why The Cannabis Retail Rollout In Boston Has Been So Slow

It took so long, industry experts told Bisnow, because political roadblocks and a unique regulatory structure are slowing down business approvals and holding Massachusetts back from a recreational cannabis windfall. 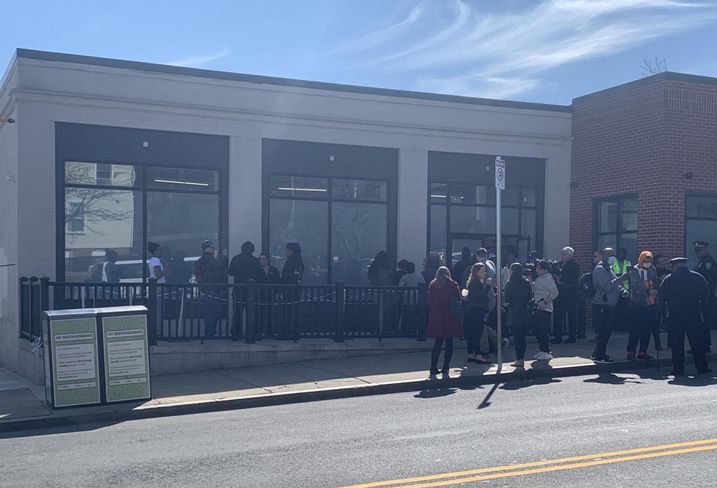 “In Massachusetts, lawmakers were reticent to adopt legalization because it wasn’t their choice,” said Kobie Evans, co-owner of Pure Oasis, Boston’s first recreational marijuana dispensary. “By supporting it, it was questionable of what it means for their political future. Lawmakers don’t want to take a lot of political risks, and this is a big political risk.”

Evans and co-owner Kevin Hart’s store is the 41st adult-use cannabis retailer in Massachusetts and the first owned by applicants in the state’s economic empowerment program. The social equity initiative is designed to accelerate applications from people of color and openings in neighborhood’s previously targeted by the war on drugs.

But inclusion in the program and focusing on opening in the neighborhood where they grew up wasn’t a sure ticket to a speedy opening for the business partners.

“It was a 90% failure rate when it came to finding a location,” Evans said. “Most top-tier landlords, because they still have a mortgage, are precluded in renting to us because we’re still illegal on the federal level. We were fortunate to find smaller landlords that either owned a building outright or had a mortgage that was held in a portfolio that didn’t adhere to federal guidelines.”

Pure Oasis managed to open at 430 Blue Hill Ave. in Boston because of Hart and Evans' personal relationships with the landlords. Even though Massachusetts has legalized recreational cannabis, Evans said he was lucky to even get a response from a tenant broker when he was scouting around for a potential location. But real estate is only one of several problems for potential Massachusetts cannabis retailers.

“As strange as it sounds, Pure Oasis’ case is a speedy process for Boston. There are some applicants in Boston who are still waiting after almost three years,” said Kris Krane, president of cannabis investment and cultivation firm 4Front Ventures. “If I have to point to one factor that’s made it slower to open in Massachusetts, it is host agreements.”

While it may have been the first East Coast state to legalize recreational cannabis, Massachusetts has lagged behind other states in rolling out the industry selling it. The cannabis business community points to the state’s heightened regulations as a key factor in the prolonged timeline. 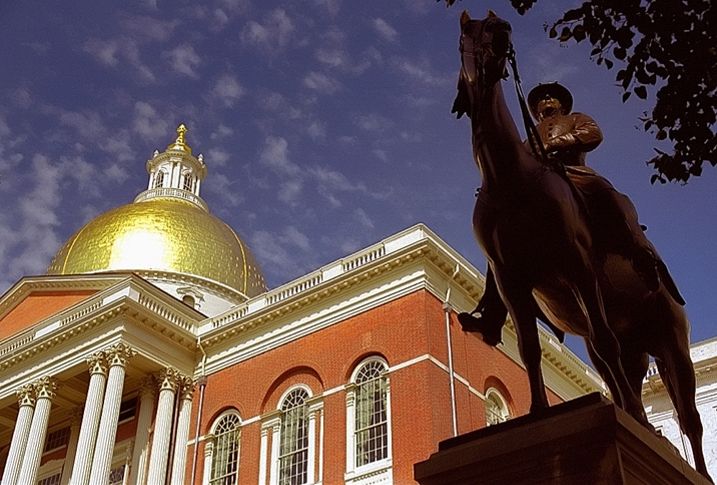 “Companies are able to meet all the other state requirements, but often get stuck because they can’t get an agreement from the town they want to locate in,” he added. “Towns use them to de facto ban recreational marijuana sales when they’re not supposed to be able to do such a thing.”

The agreements enable a community to also charge cannabis retailers a maximum 3% fee on gross sales to offset impacts to the community. But critics have argued some municipalities are actually seeking higher fees from retailers before they’ll agree to an HCA. Former Fall River Mayor Jasiel Correia has been accused of extorting marijuana companies that wanted to open in his city.

It hasn’t helped that many of the governments responsible for leading the recreational cannabis industry in Massachusetts were vocal opponents in the leadup to the 2016 ballot measure. Gov. Charlie Baker, Walsh and House Speaker Robert DeLeo — three of the state’s most powerful politicians — joined in bipartisan opposition to the ballot question four months ahead of voters going to the polls.

Following passage in November 2016, state lawmakers quickly passed a measure to delay the law by six months. That gave them time to draft up regulations to govern the new industry like tax levels, increasing the rate from the 12% written in the ballot measure to its current 20%.

“There are these administrations that were entirely against legalization but chose to honor it because that’s what the people wanted,” said Michael Klein, CEO of cannabis media company CannabisMD. “But you have to think it may have been slightly encumbered from the get-go if that’s the team now responsible for executing legalization.” 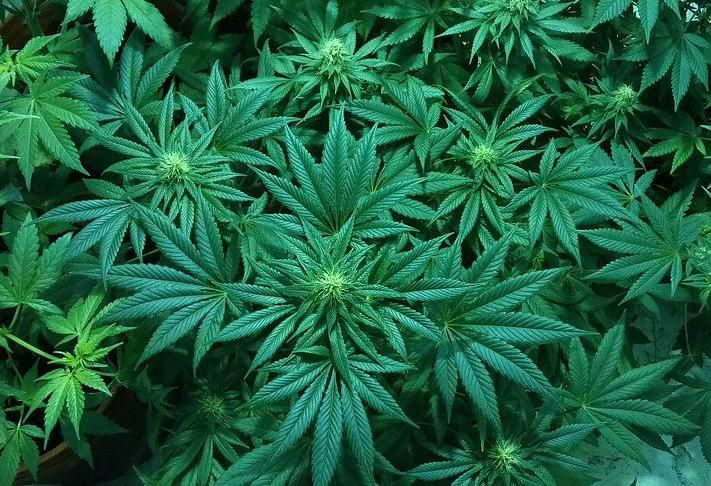 Some of Massachusetts’ first recreational cannabis retailers had hours-long traffic jams on opening day, but it only took customers about 30 minutes to make it through a line and to a checkout kiosk at Pure Oasis’ March 9 opening in the Grove Hall neighborhood.

The Boston opening day may have been more muted than the traffic gridlock seen at the 2018 openings of dispensaries in Leicester and Northampton, but the crowd — many of whom were local residents who walked to the store — were enthusiastic about a venue opening in their own neighborhood.

“They’re bringing in a few dollars to the community. I don’t see anything wrong with that,” said 74-year-old Grove Hall resident Arthur Weeks, who was in line in a waiting room earlier this month at Pure Oasis. “The state allows liquor here, and there was a time when liquor was outlawed. The state lottery is here, and there was a time when only bookies were in that kind of business. We’ll see how it turns out.”

Weeks, who told Bisnow he has chronic pain and is on dialysis for kidney damage, has had to drive to Brookline for the last year to buy cannabis, which he said he uses about twice a week for pain management.

Disappointed in how long it took for a dispensary to open in his own neighborhood, Weeks motioned to a group of young women scrolling on their smartphones through the menu of products for sale.

“See that excitement? That’s out of the bag now,” he said. “I don’t think the state is going to be able to slow it down for much longer.”

First-year adult-use marijuana sales in Massachusetts came in at nearly $394M, according to the CCC. The state pocketed $61M in tax revenue. By comparison, first-year sales in Nevada were nearly $425M for the 2018-2019 fiscal year, bringing in about $70M in revenue for the state.

Legalized marijuana sales in Colorado totaled nearly $684M in their first year of operation in 2014, according to the Colorado Department of Revenue. Sales grew to a record $1.75B in 2019, up 13% from the previous year. The state’s tax haul also hit a record high: more than $302M in 2019.

But Massachusetts could soon begin to accelerate growth to its own industry.

The House of Representatives passed a bill in February to be able to review and enforce HCAs, seen as a unique roadblock to opening a cannabis shop in Massachusetts compared to other states where recreational use is legal. Along with regulating HCAs, the bill would also allow municipalities to no longer require the agreements and also mandate no fees beyond the 3% gross sales fee.

Evans and Hart are optimistic and don’t plan to stop at their first dispensary. They have plans to expand to Medford and Mattapan and think the state is finally working to help the infant industry thrive.

“It was a nuanced process for us to open, but I don’t know if it was markedly different just because we were cannabis,” Evans said. “The city and state wanted to make sure they did it right, so that’s what made it a little bit protracted.”