Cheap Rent Is Better Than A Michelin Star To Boston Restaurateurs

Many Boston restaurants are struggling to stay open, forcing developers to rethink how they lease their retail spaces. It may be what finally enables up-and-coming chefs to successfully open a kitchen in some of the city’s newest — and priciest — developments. 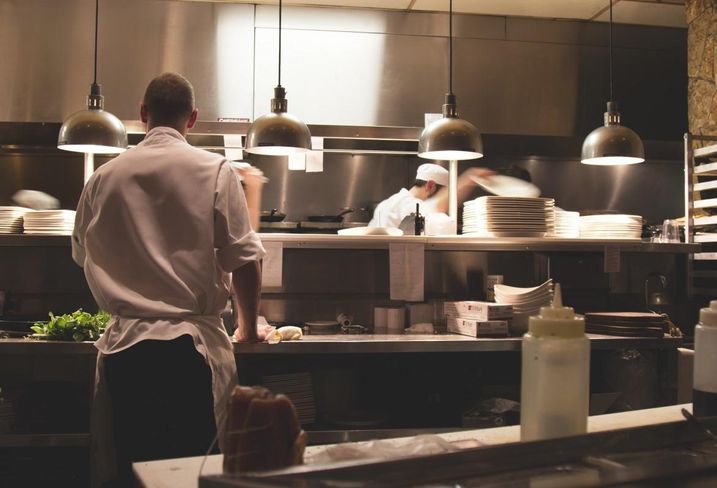 “I can’t give away all my secrets, but the reality is there are differences in where construction and development costs are and what’s ideal for tenant health,” Related Beal Development Manager Will Grosvenor said. “There are additional contingencies to allow a restaurant to feel comfortable without giving away the farm.”

Boston lacks Michelin-starred restaurants, and the reason behind that is simple: There is no Michelin Guide for the city. However, plenty of critics of the city’s food scene say if there were a more affordable, lower barrier to entry, there would be more chef-driven restaurants.

And if there were more chef-driven restaurants dotting Boston streets than, say, CVS and Dunkin’ Donuts, Michelin might have been inspired to launch a new guide here three years ago instead of Washington, D.C.

“I think the food scene here is great, but it’s true: There are very few extraordinary restaurants in Boston. You have to get a hybrid of going in with gusto and making sure the back-end economics work,” said MAB Management President Marty Bloom, whose concepts include Burro Bar and Mission on the Bay. “It’s a tightrope, and I don’t see Boston ever getting to a price where we can change it.”

But developers argue it isn’t too late to change the restaurant playing field. Those who look at ground-floor retail more as amenity space than stand-alone revenue generators may be what finally pushes Boston’s culinary envelope.

“There are bigger restaurant groups that are out there, but that’s not necessarily what our business plan is,” Grosvenor said. “The value for us is in the upstairs of the building, but the retail is where people want to be. We always think of it as an amenity, 100%.”

This doesn’t mean Related Beal is handing over free rent to loss-leading tenants. It must make sure the tenant has a business plan that works before signing, Grosvenor said. But developers are keenly aware how Boston construction costs are so high that it would be nearly impossible to find smaller, mom-and-pop tenants who can pay the rents needed to recoup construction costs.

Related has been able to make deals with local, growing food and beverage operators at Lovejoy Wharf. Longtime Boston chef Tom Schlesinger-Guidelli opened his first restaurant as an owner, Alcove, at Lovejoy in October. Everett-based Night Shift Brewing is opening a taproom and restaurant in the Related development later this month. 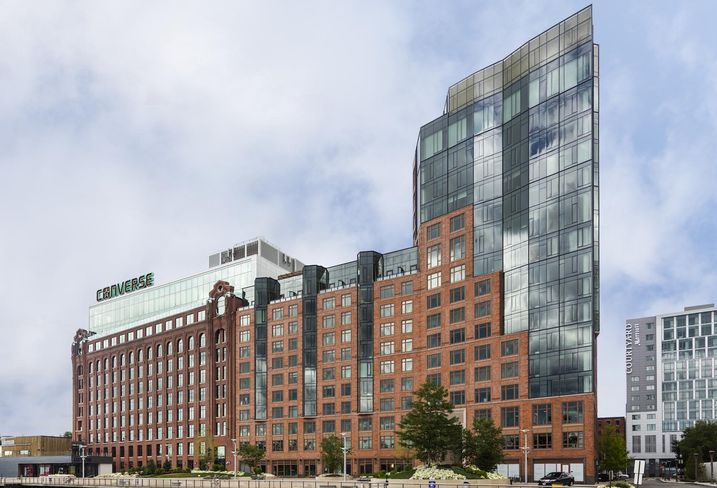 Samuels & Associates has worked with local restaurateurs like Tiffani Faison, Dave DuBois, Jody Adams, and Tim and Nancy Cushman on its numerous projects in the Fenway neighborhood. The developer understands the economics of running a small business and can be creative and flexible in making a deal work, Samuels & Associates principal Peter Sougarides said.

WS Development is also interested in bringing smaller, independent restaurants and retail to its Seaport Square development. Along with brick-and-mortar leases in Seaport Square, the developer has opened The Current, a collection of nine modular retail structures leased to startup retail business, WS Development Senior Vice President Yanni Tsipis said. Previously home to the She Village mix of female-owned brands, The Current will debut a new concept this spring.

“We’ve had such a surge of development over the last few years in Greater Boston, and what’s happening now is the market is becoming saturated with a lot of similar product,” said Isenberg Projects President and Creative Director Emily Isenberg, whose company works on ground-floor activation for clients like Jamestown Properties and Samuels & Associates. “It’s like a lot of turtle heads are suddenly popping up and thinking ‘Oh, maybe we can make a lot of money by differentiating the experience.'”

Considering apartment rents in and around Boston’s urban core are relatively the same, Isenberg said the ground-floor experience is how more developers focus on differentiating their latest projects. Developers Bisnow talked to said they achieve that by subsidizing rents more than they have in the past and offering higher tenant allowances for build-outs.

That is a key part of the puzzle in fitting together a mix of local restaurants, as rents in downtown Boston can run between $90 and $150/SF compared to $60/SF in a place like Somerville, before factoring in build-out costs.

Spending $6M or more to build out a restaurant in the Seaport or downtown isn’t unheard of today, and developers are taking a bigger role in getting food and beverage operators across the starting line.

The Fresh Press is an organic food and juice fast-casual restaurant in Portsmouth, New Hampshire, and York, Maine. Owner Aaron Smith told Bisnow he tried to enter the Boston market for three years but couldn’t due to the high cost of entry.

After finding the right business partner and getting a high tenant allowance from developer Tishman Speyer, Smith is ready to bring the concept to One Federal Street in downtown Boston.

“It’s a necessity, because you’d spend $200K to get the store in working order before you even get to the build-out,” he said. 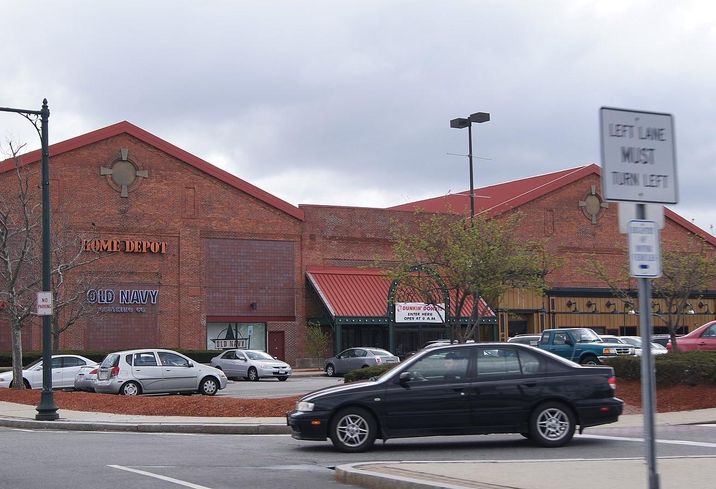 Wikimedia Commons/Stanley Nova
Placemaking and courting younger chefs is a key part in repositioning the Arsenal Mall into Arsenal Yards.

This new era of placemaking and tenant curating may not exclusively focus on national credit tenants, but it still delivers a critical need.

“As my colleague Tom Wilder puts it, relevance is the new credit,” Wilder Cos. principal Andy LaGrega said.

Wilder Cos. has developed mixed-use centers along the East Coast, and LaGrega said talks with local, up-and-coming chefs have been a critical part of the process in repositioning the old Arsenal Mall in Watertown into Arsenal Yards. The more-than-1M SF development includes 300 apartments, a 150-room hotel and 200K SF of life science space. The developer has been careful in finding the right mix of tenants for the 250K SF retail component at Arsenal Yards.

Numerous grocery store and movie theater chains expressed interest in the development, but LaGrega said it signed a deal with a 30K SF grocery tenant as opposed to one that wanted to sign a 130K SF lease. Arsenal Yards will also include a 33K SF boutique movie theater, as opposed to a bigger multiplex.

Condessa, a chef-driven Mexican restaurant, is part of the restaurant mix, and LaGrega said three leases are out with operators who currently have restaurants in Back Bay and the South End. 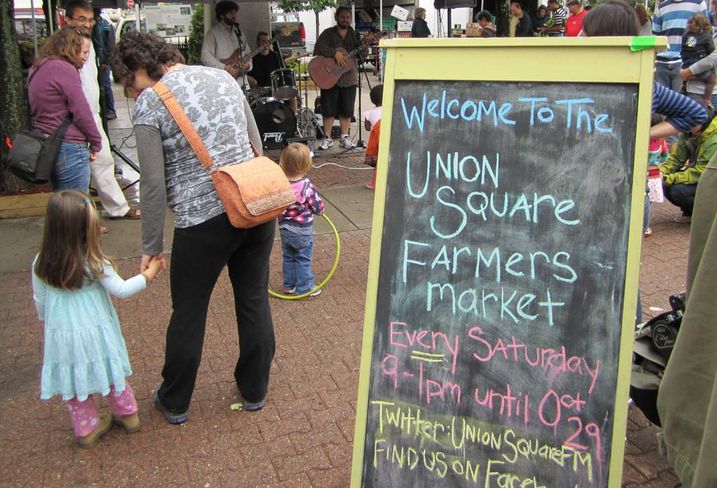 “Speaking for myself, I was able, in the early days of my career, to open something on a shoestring budget," said restaurateur Joshua Childs, owner of Trina’s Starlite Lounge, Audubon and Silvertone. "But 20 years ago, the shoe had a different dynamic in Boston."

That could be why Somerville’s Assembly Row, although home to a few local, chef-driven restaurants like chef Andy Husbands’ The Smoke Shop, is still dominated by well-financed brands like Legal Sea Foods’ Legal On the Mystic, the Boston Nightlife Ventures-backed Southern Kin Cookhouse and Outback Steakhouse. Younger, chef-driven ventures are still congregating in nearby established neighborhoods like Union Square.

“When the project is a newer development, the economic viability is such where, while everyone has good intentions in courting smaller operators, it’s ultimately the larger corporate tenants with economic wherewithal who win out," Childs said.

Even Seaport Square, with its attention to pop-up retail and heavy foot traffic, is a struggle for some local tenants. 75 on Courthouse Square, a New England restaurant by local restaurant group Hampshire House Corp., closed at One Seaport Square after just seven months.

The costs have gotten so high that Bloom said his strategy for his concepts now focuses on second-generation restaurant space. Burro Bar in the South End was previously La Motta’s, an Italian concept by Aquitaine Group. By focusing on that kind of space rather than a new development, Bloom said he can get a better rent and take advantage of existing kitchen infrastructure as well as existing permits and licenses.

“It’s like a half-priced deal,” he said. “Welcome Kmart shoppers.”

Many wonder if the days of a real, up-and-coming, chef-driven restaurant are in Boston’s rearview mirror. Neighboring cities with lower rents like Quincy, Somerville and even Worcester are growing their own restaurant scene, and even star chefs like Barbara Lynch have bemoaned rising rents in Boston.

Bloom thinks the city's culinary survival will depend more on business acumen than what’s plated each night.

“Why aren’t we seeing more chefs? It’s because it has become a real business professional-led industry now,” he said. “Unless you’re proven, the chances of getting slaughtered are high.”