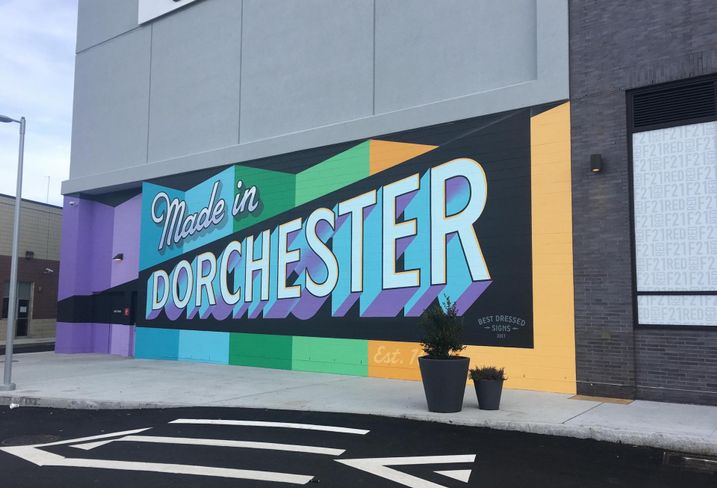 A Washington, D.C.-based developer is bringing new retail to Dorchester, including a burger chain from some hometown heroes.

Edens is underway with a 750K SF mixed-use expansion to Dorchester’s South Bay retail complex, which has already seen the arrival of tenants like AMC Theatres, J.P. Licks and Converse. The developer announced four new tenants, Red Wing Shoes, Express, Totto Ramen and 110 Grill, will be joining the retail expansion.

The developer has worked to connect the project to the surrounding Dorchester neighborhood with public art like a “Made in Dorchester” mural and pieces created by local blacksmiths, metal workers and mural artists.

The entire project is now 95% leased and will be further connected to Dorchester when Wahlburgers opens a flagship restaurant there later this month. The burger chain is owned by chef and Dot native Paul Wahlberg and his actor/former rapper brothers Donnie and Mark.

"By creating a destination with newly curated shopping and dining options, a pedestrian-friendly design, and custom furnishings and artwork that are truly ‘Made in Dorchester,’ Edens continues to elevate the community's experience at South Bay,” Edens Managing Director of Development Brad Dumont said in a prepared statement.