The latest in $320M of new projects at Boston University was dedicated Friday: the five-story, 93k SF Sumner M. Redstone addition to the functionally obsolete law school tower designed by Josep Luis Sert. (Much to everyone's confusion, it was not built out of red stones.) 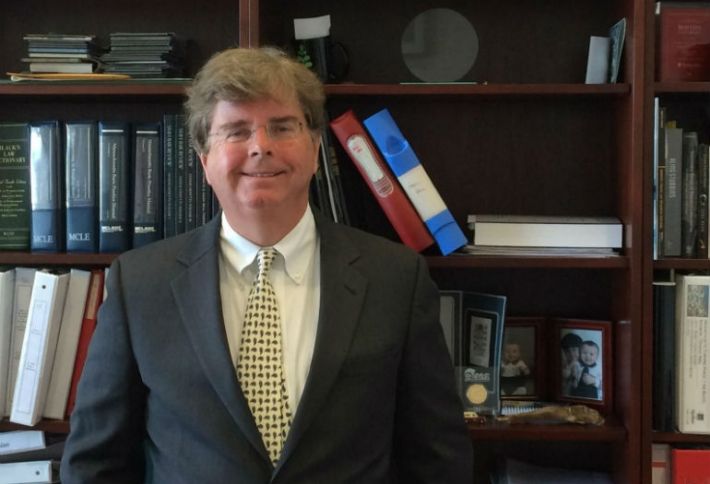 The tower itself is undergoing a gut renovation, including upgraded offices for faculty, career planning, and moot court, all slated for completion next summer. The addition—which opened for classes a few weeks ago—wraps around the base of the tower and contains classrooms. The $184M in upgrades ensure BU remains in the forefront of legal education, VP of real estate Michael Donovan tells us, including among Boston's eds and meds, the region's economic bedrock. 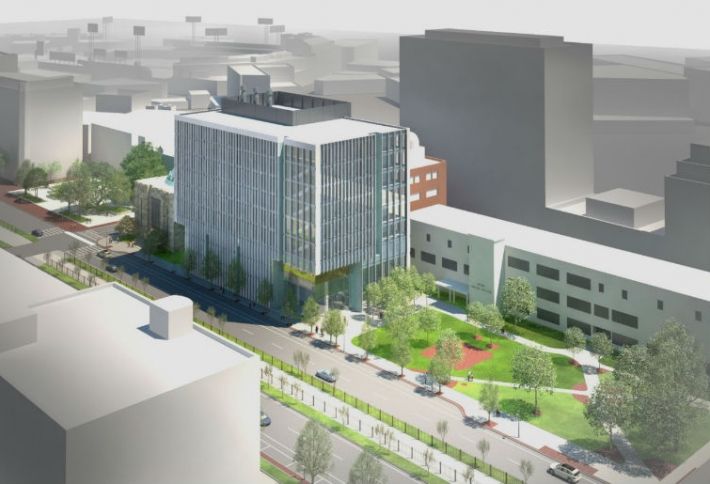 On Thursday, BU also won BRA approval to build a $140M Center for Integrated Life Sciences & Engineering on campus at 610 Commonwealth Ave (now a parking lot) that will bring together faculty researching in various areas, from biology to neuroscience. It's an opportunity to co-locate principal investigators who are now in different parts of campus, Michael says. 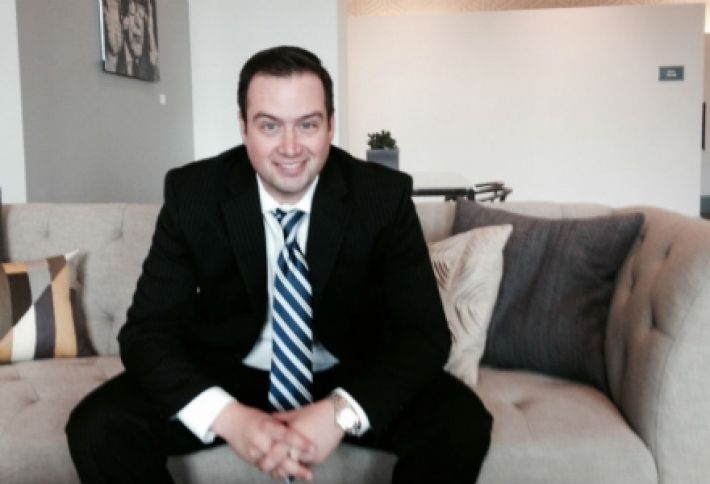 Gerding Edlen won city approval for its $130M multifamily complex on the East Boston waterfront on Thursday. In a few months, the Portland, Ore.-based developer would like to launch site work at 26 New St for up to 260 apartments, EVP Matt Edlen (above) tells us. It’s working with architect ADD Inc and Suffolk Construction—as it did for its projects in Fort Point and the South End—and hopes for occupancy during Q2 '16. 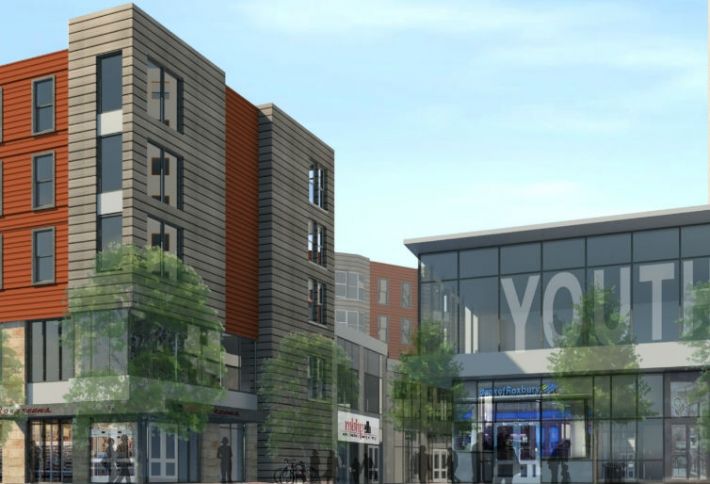 Mission Hill Neighborhood Housing Services is launching a $138M mixed-use project on former MBTA lots in Mission Hill with project architect Goody Clancy. Upon completion it will have 88 apartments, nearly 200k SF of offices, and 10k SF of retail.

O’Connor Capital Partners just nabbed the certificate of occupancy, for the final phase of its $120M Atmark multifamily project in Cambridge’s Alewife district. The 428 apartments feature condo-level amenities, 10-foot ceilings, and no pet rent for most breeds. Also, the complex has a private outdoor space with grilling station and hammocks.

The Southwest Boston CDC and the Codman Square Neighborhood Development Corp, which have formed Logan Square, won city approval to develop the $10M Residences at Fairmont Station with architect Narrow Gate next to the T-stop. Designed to be certified LEED Silver, it will feature a 6,000 SF children’s play space, open green space and bike parking. 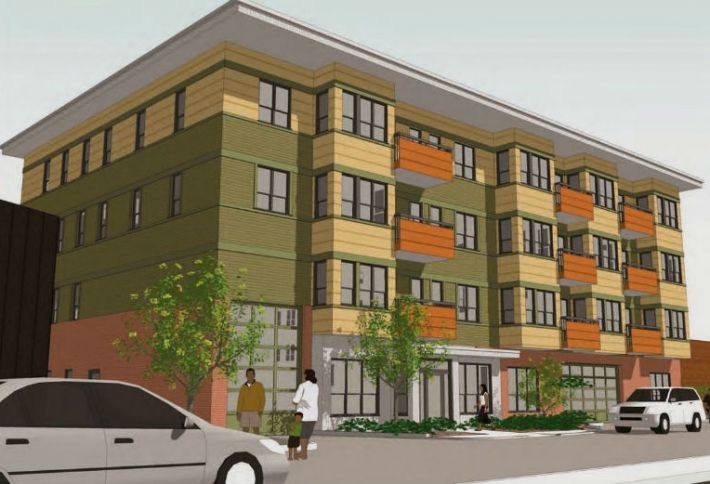 Mazzal Holding started construction of the King David Hotel and synagogue on Route 1 in Boston, which will include a bar and grill, a gift shop, synagogue, and a 6,000 SF social room with stage and dance floor on the ground floor. Above will be 100 suites.

DTZ will purchase brokerage Cassidy Turley in a deal expected to close by year's end. The new entity, which will carry the DTZ name, will have nearly $3B in revenues and at least 28,200 employees. The buyer, an affiliate of DTZ Investment Holdings, is a consortium of TPG, PAG Asia Capital, and the Ontario Teachers’ Pension Plan. Former CBRE Group CEO Brett White, an investor in the acquisition, will join DTZ when the deal is completed and in March will become executive chairman of the new company; Tod Lickerman will continue as Global CEO of DTZ; and Joe Stettinius will become Chief Executive of the Americas.

Greystone moved into 20 Park Plaza to fulfill its new five-year agreement to work with JLL delivering comprehensive real estate services to the MBTA and MassDOT. The office will also serve as an HQ for its commercial lending and servicing business.

Qiagen of Germany is doing a relo within Waltham into 30k SF in the AstraZeneca BioHub on Winter Street to accommodate its growing workforce, which in two years has tripled to 60. 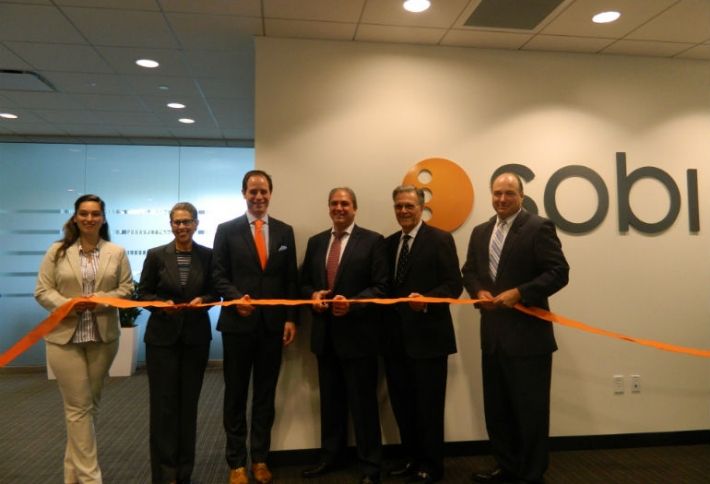