Some Boston Suburbs Are On An Office Winning Streak. It Just Took Major Investment To Keep Tenants Happy

Select suburban submarkets are benefiting from the Greater Boston building boom. But developers and landlords still need to provide elements of the urban core to woo tenants away from the subway and onto the highway. 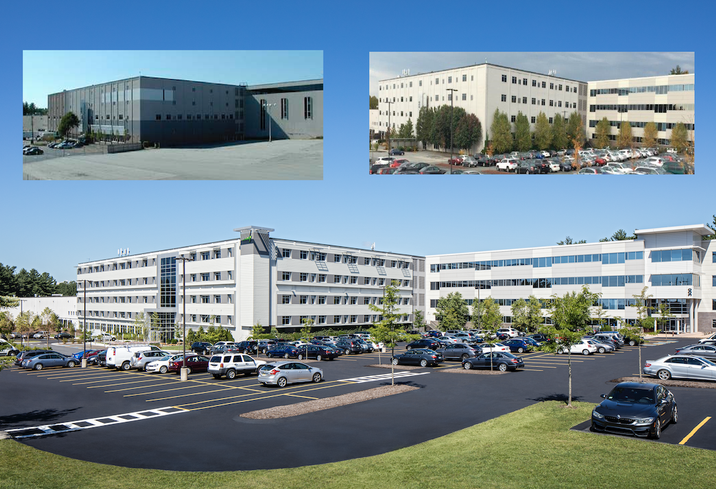 Courtesy of Rubenstein Partners
A visualization of the renovations that have happened at The Center at Innovation Drive in Tewksbury, Mass.

The Boston office narrative in recent years has been that every company wanted to be downtown. Coveted young talent wanted to live and work close to the excitement of the Seaport and near MBTA stations to easily get around the urban core.

The trend pushed companies like Reebok and PTC from the Route 128 corridor to the Seaport and even drove MassMutual and RedHat to open offices in the same neighborhood to court young talent while maintaining bigger offices elsewhere in the state.

But developers aren’t singing a suburban swan song — for the most part.

“There is demand for space in the suburbs, but it’s up to landlords to put together the right package,” said Rubenstein Partners Senior Vice President Peter Gottlieb, who is speaking at Bisnow’s Boston Burbs Bonanza event July 17. “There is a ton of obsolete product from the '80s that nobody wants.”

Many suburban developers have taken to repositioning assets with urbanized amenities to attract active tenants. Rubenstein invested $33M in upgrading the Center at Innovation Drive in Tewksbury to include an amphitheater, a fitness center and a café. Waltham-based Raytheon signed a 134K SF, seven-year lease at the development in May.

Hobbs Brook Management revealed plans in March to replace its 145K SF Waltham headquarters with more than 500K SF of office and lab development. The 225 Wyman St. project would have the largest contiguous Class-A office building on Route 128, according to the developer.

The repositioning trend appears to be paying off, especially along Route 128 Northwest.

The submarket has had more than 400K SF of positive office absorption this year, and its 12.1% vacancy rate is back to tech-boom levels, according to a Colliers International Q2 report. Courtesy of Gensler
Rendering of 225 Wyman St. in Waltham

While most office development remains build-to-suit, developers have even pursued speculative developments in inner suburbs like Waltham.

A further shot in the suburban arm has been Boston’s summer of traffic misery.

A Red Line derailment in early June has reduced service levels on one of the MBTA’s busiest rail lines and sparked a 10% decrease in ridership. Much of the slack is being taken up by regional roadways, and Gottlieb said more traffic helps in marketing a project with a reverse commute.

“I can’t argue with 1% vacancy in Cambridge or the excitement of the Seaport, but from a timing perspective, the reverse commute has its advantages,” he said.

Developers aren’t relying solely on poor commute times into the city as a selling point to get people to the suburbs. WS Development has retail centers across Greater Boston as well as the planned 7.6M SF Seaport Square mixed-use development underway in downtown Boston.

The developer recognizes it must utilize some of its Seaport strategy to keep tenants happy in the suburbs.

“There’s obviously a pull to the city and the urban core,” WS Development Chief Financial Officer Eric Smookler said. “If people are ignoring that, then they’re ignoring the reality of what’s happening around the country.” 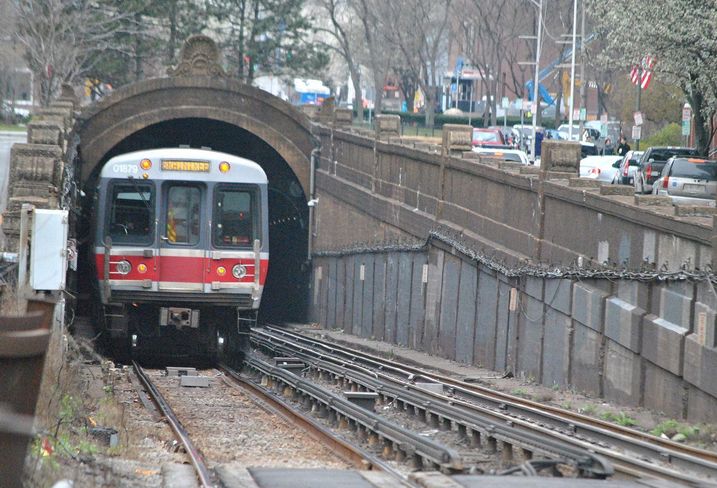 Wikimedia Commons/Loco Steve
Trouble on the Red Line this summer is adding to congestion into Boston, which helps suburban developers in pitching a development.

For WS Development, that means having a retail-led component to a mixed-use development that draws as much excitement downstairs as it does upstairs. Legacy Place in Dedham features retail tenants like Amazon Books, Showcase Cinema De Lux and SoulCycle as well as restaurants like Aquitaine and Temazcal. The retail has sparked residential and office development around the WS Development project.

“The things we’re adding are the things you’d find in the South End,” Smookler said.

A short drive south along Route 128, University Station in Westwood is even drawing office interest. The Target and Wegmans grocery-anchored development followed a retail/residential-first approach after the last recession scaled down the original 4.5M SF plan for a mixed-use project at the Route 128 Amtrak station.

The current 2M SF iteration of University Station has even drawn the interest of Citizens Financial Group, which plans to have a 100K SF, 600-person office at the development completed by mid-2020.

Raytheon’s planned merger with Connecticut-based United Technologies will create the second-largest U.S. aerospace and defense company. The combined company would be based in Greater Boston, and most real estate circles in the city and even the recent Colliers report view this as an almost inevitable suburban win. Raytheon already employs 13,000 in Massachusettts, much of that outside of downtown Boston.

“There are going to be groups who want to be in the suburbs and have more control over their premises,” Gottlieb said. “There are advantages to that in a suburban property.”