It may have lost out on Amazon HQ2, but Assembly Row will eventually be home to Puma’s North American headquarters, the third corporate headquarters to call the Somerville mixed-use development home. 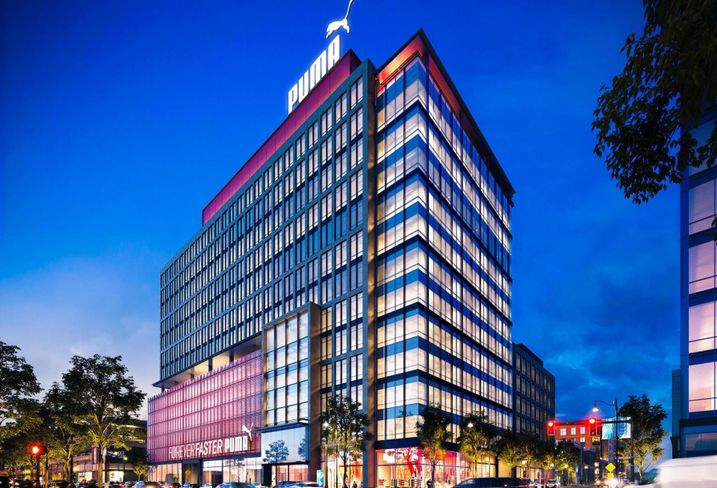 Puma North America has signed a lease with Federal Realty Investment Trust for 150K SF at the 300K SF, 13-story office building under construction at 455 Grand Union Blvd. The sports brand plans to move the 450 employees it currently has in Greater Boston into the building by early 2021, while adding 100 new jobs.

“We have spent the past 10 years working with the City of Somerville to create a dynamic neighborhood that attracts world class companies,” Federal Realty Vice President of Development Patrick McMahon said in a statement to Bisnow. “We are excited that Puma has placed long-term value on the Assembly Row location, our expansive array of high-quality amenities, vibrant mix of uses and direct access to the T and highway.”

Puma’s current headquarters is in Westford, Massachusetts, and the company also has an office at the Government Center Garage in downtown Boston. Puma has had a retail presence at Assembly Row since 2014.

“We’re excited to bring together our talented North American employees in Somerville, a diverse, vibrant city that reflects our values and culture, and will allow us to retain and recruit the best talent across our front and back-end operations,” Puma North America President and CEO Bob Philion said in a prepared statement. “This new headquarters will allow us to better collaborate, foster diversity of thought, creativity and innovation, and have fun while doing it.”

Federal Realty’s Assembly Row opened just north of Boston in 2014 with a mix of outlet shopping, restaurants and apartments. A combined $100M investment from Federal Realty and government bodies enhanced the project’s infrastructure and connectivity, creating a new Orange Line station on the property, which has boosted Assembly’s corporate appeal in recent years.

"By combining a vibrant retail and entertainment scene with housing, commercial space and an MBTA Orange Line stop, this mixed-use neighborhood offers corporate players and their talent the key amenities that are in high demand right now," Hunneman Research Director Liz Berthelette said. "Couple this with slightly lower rents, especially compared to downtown Boston and Cambridge, and the location makes a lot of sense for many tenants." 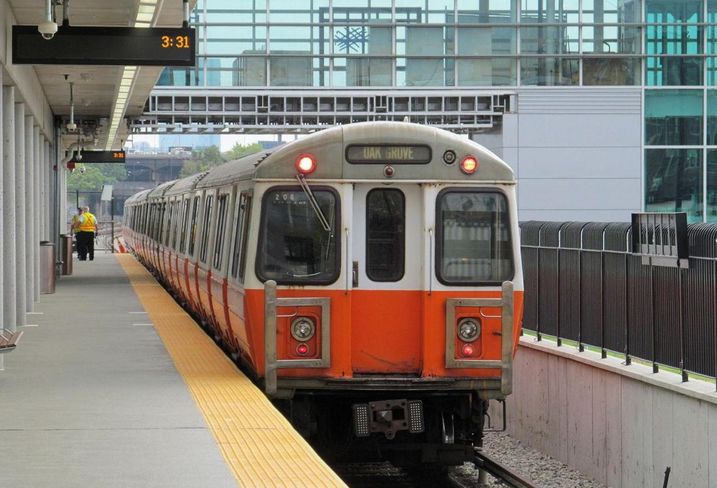 The development was also part of Somerville’s pitch to land Amazon HQ2, which ultimately skipped Boston in favor of Northern Virginia and Long Island City in New York. Post-HQ2 defeat, McMahon told Bisnow it was still “business as usual” at Assembly and that the project would continue on a trajectory laid out by the developer. It is a trajectory that compelled Puma to consolidate on the northern end of the Orange Line.

“Somerville is a vibrant city full of creative energy, easy to get to and with a spirit that aligns well with our brand,” Philion said in a statement. “We get all the benefits of being in such proximity to downtown and many of our region’s most diverse communities located along the Orange Line, while mitigating commute times for our suburban employees.”

The Puma office is part of Assembly’s third phase, which will include a 500-unit apartment building and ground-floor retail across from the Orange Line station. When this latest phase is complete, Assembly will have more than 55 stores, 22 restaurants, 1,514 residential units, more than 1.1M SF of office and The Row, a 158-room Marriott Autograph Collection hotel. 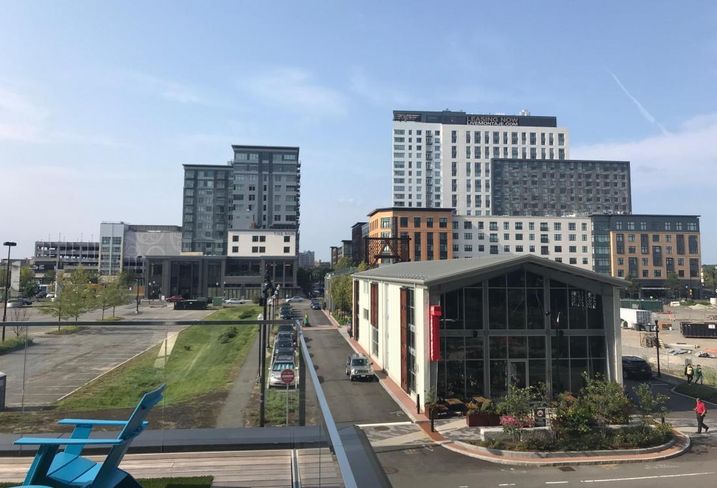 Assembly’s focus on its transit connectivity is part of a larger development trend in Greater Boston to be closer to the MBTA transit network. Sixty-three percent of the 61.5M SF of commercial development inventory underway in the metro region is within a five-minute walk of an MBTA subway or commuter rail station, according to Perry’s Node report. Only 31% of existing commercial properties are within the same distance from a train station.

“We are seeing a calculable shift toward building an environment that supports auto-alternative mobility options in [a] way not seen in the postwar era,” Perry Director of Intelligence Brendan Carroll said.

While other transit-oriented developments, like Boston Landing, have similarly landed high-profile tenants thanks to on-site MBTA stations and easier commute times for both downtown and suburban employees, Assembly still has plenty of room to scale. After the third phase, Federal Realty will still have 5 acres of developable land that will be able to accommodate as much as 1.5M SF of office or lab development.

“Somerville has long enjoyed strong demographic and worker draw area characteristics, and has emerged as a strong brand in itself. This momentum should bode well for the remaining Assembly Row parcels, for the neighboring XMBLY project and the area around Union Square,” Carroll said.