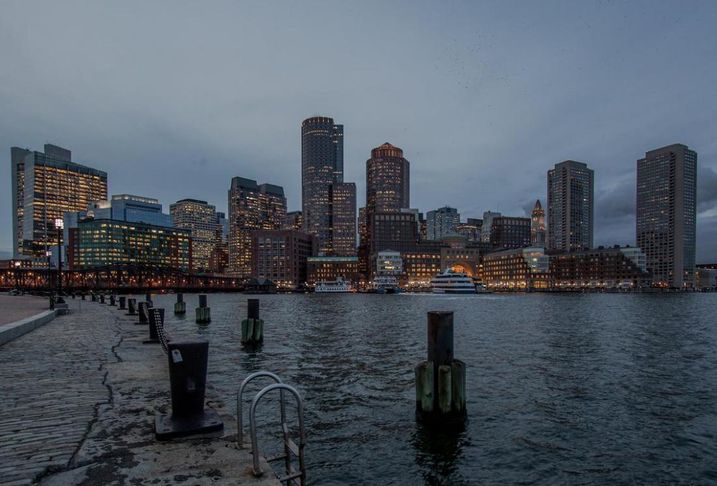 An environmental group increasingly seen as obstructionist by developers and Boston City Hall is planning to fight a plan paving the way for a pair of long-stalled waterfront skyscrapers.

The Conservation Law Foundation said Wednesday it will challenge a Boston waterfront zoning plan that allows developer Don Chiofaro to build a 600-foot skyscraper at the site of a parking garage near the New England Aquarium and for a 305-foot tower to be built on the Hook Lobster property near the shuttered Northern Avenue bridge. Massachusetts Environmental Secretary Matt Beaton approved the plan at the end of April.

CLF senior counsel Peter Shelley argued the plan could lead to a wall of waterfront towers despite most buildings on the water maxing out at 145 feet, the Boston Globe reports.

“The consensus view had long been that development on the waterfront should respect the traditional lines of Boston Harbor architecture, with warehouses and lower lines that step back to taller buildings in the Financial District,” Shelley told the Globe.

Chiofaro agreed to pay $10M for a “Blueway” park adjoining the aquarium, up to $30M for any lost revenue during construction and to set aside room for more open space to move ahead with his tower. The developers behind the Hook Lobster project also promised $3M for green space.

The CLF argues that the city and state didn’t ask for enough in exchange for the waterfront height, and the developers should be paying more. The lawsuit, which Shelley indicated will be formally filed within weeks, comes at a time when the CLF is seen as overextending its opposition to already-approved projects.

The organization repeatedly opposed Jon Cronin’s 150 Seaport development, even after neighbors, the city and state supported what the project would do for the neighborhood. South Boston residents in support of the project questioned if CLF President Bradley Campbell was trying to negotiate a better deal or just stop the project altogether.

A separate incident with Boston Mayor Martin Walsh ended with the mayor walking out of a meeting with Campbell due to the environmental leader’s allegedly combative tone.