A wave of fires at wood-frame multifamily construction sites across the United States has critics calling for tighter building codes, but developers stress too much regulation could negatively impact affordable housing. 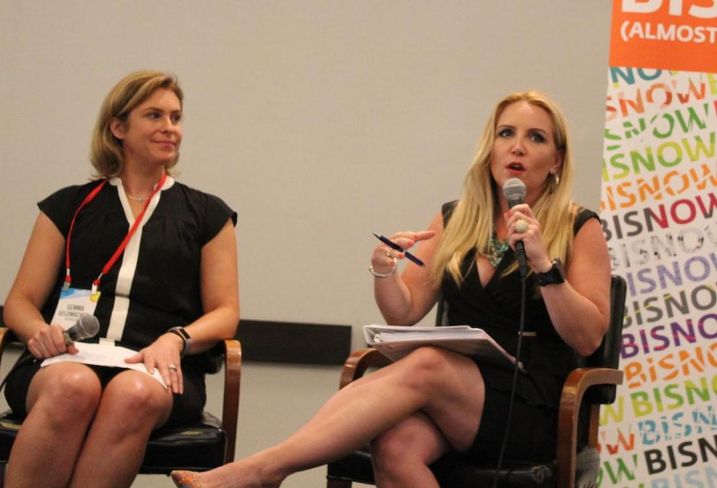 Developers say wood-frame construction lowers costs on a project and increases their ability to offer tenants lower rents, but fires at the construction sites have brought their safety into question.

A five-alarm fire in April at a 275-unit apartment complex under construction in suburban Washington, D.C., caused $39M in damages. A 10-alarm fire broke out July 23 at the construction site of the 264-unit Edison on the Charles in Waltham, Massachusetts. The blaze destroyed five buildings in the residential complex, and investigators are still determining the cause of the fire. A month earlier, Trinity Financial’s 83-unit wood-frame Treadmark condo construction site in Boston’s Dorchester neighborhood caught fire due to an improperly installed exhaust pipe.

The incidents have drawn scrutiny from officials who have asked for tighter state regulation on wood-frame buildings. The Waltham City Council voted 14-0 Monday night to pursue legislation to change the state’s building code that boosted how high a wood-frame building could be. Massachusetts has allowed five stories of wood-frame construction above a concrete first floor after a 2009 change to the International Building Code. 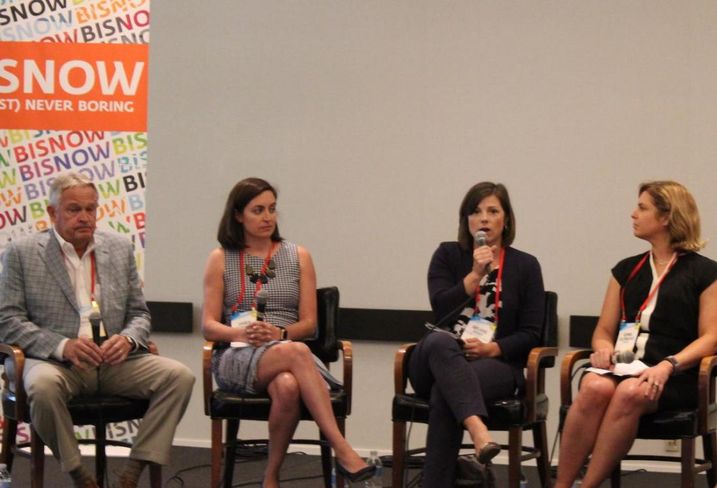 But is a fix necessary?

“The reality is, these accidents have happened when the building is very vulnerable,” Berkadia Senior Director of Mortgage Banking Gemma Geldmacher said. “Once built, these buildings are extremely safe.”

Berkadia, Nickerson and their fellow panelists at Bisnow’s Boston Multifamily Growth & Expansion event Wednesday emphasized how the fires were not a sign wood-frame buildings were more dangerous to live in than concrete or steel-frame structures. Fire officials echo the sentiment, saying once sheetrock, smoke detectors and fire sprinklers are installed, the buildings are as safe to live in as any other type of construction. The fires in Boston, as well as the one in suburban D.C., have all occurred at points in construction when the building sprinkler systems had not been turned on.

While earlier sprinkler installation seems like a no-brainer, the Northeast’s colder climate makes the solution tricky. Pritzker Realty Group’s wood-frame multifamily projects in California follow local jurisdiction where a fire system must follow construction in lockstep, Pritzker Senior Vice President Adelaide Grady said. The construction team is unable to build a new level until the lower one has an operating sprinkler system. 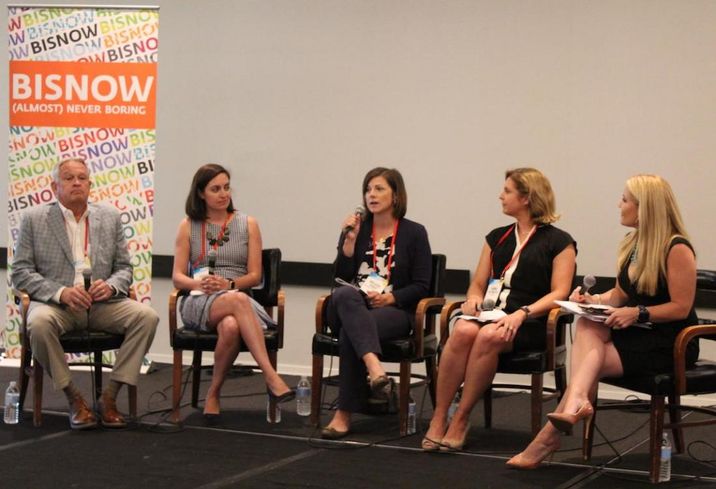 “That’s great in California, but they don’t have freezing winters,” she said. “It’s very difficult to manage an active water-based system when you have no temperature control in the building.”

While buildings in the Northeast have an unprotected time window when the wood is up, but the sprinkler system is not operating, Grady’s company is looking for a solution. Pritzker is exploring options to get an earlier, dry-state version in place based on the permanent system. Firms like The Bozzuto Group, which is headquartered just a few miles from the D.C.-area fire, are also closely monitoring their construction sites with 24/7 security and cameras, Bozzuto Vice President of Development Lauren Jezienicki said.

“We can find ways to suppress fires and not lose this very valuable building type that helps us deliver product to the market that is so desperately needed,” Grady said.

Cost is a key driver for developers continuing to pursue wood-frame projects. As construction costs escalate, developers say these types of developments are the only way to bring affordable housing to the market. You can’t get to the $4-or-less-per-SF range unless you build with wood, Grady said.

The next opportunity to submit changes to the International Building Code, which permitted the wood-frame structure size increase in Massachusetts, is in 2018 for the 2021 codes. The panelists do not expect a continuation of the status quo but remind critics of the importance of not overreaching with regulation.

“Changes in evolution will come out of this,” Stantec Architecture Vice President Fred Kramer said. “It’s a very serious matter, but so is our ability to deliver more housing at scale.”