Samuels Gets into Luxury Condos

Eighteen years ago, Samuels & Associates purchased a 42k SF lot in the Fenway intending to develop one building. Since then, it’s invested $2.3B to develop five buildings with 948 residences, 372k SF of retail and 1M SF of offices. Recently, it started construction on the grand entrance for the neighborhood it’s refashioning, the $300M Pierce Boston (a 25k SF parcel at 188 Brookline Ave where Boylston Street and Brookline Avenue intersect).

Pierce Boston, with 109 condos and 240 apartments, is Samuels crowning achievement in Fenway, says principal Leslie Cohen, who’s managing the project (and also happens to be the CREW Boston president). It’s Samuels first Fenway project with ownership residences. Pierce Boston is the most upscale of the company's Fenway projects, some developed in JVs with JP Morgan. It sits on a triangular site, a natural gateway to a district that’s now one of Boston’s hottest submarkets. On one side, the Fenway faces the famed Emerald Necklace park system designed by Frederick Law Olmsted and the world-renowned Longwood Medical Area. On the other side is Back Bay, traditionally the city’s premier office, retail, hotel and residential enclave. 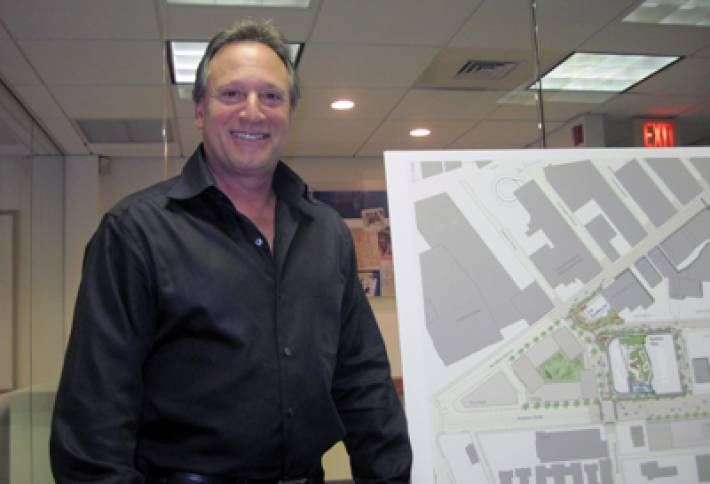 The billions that have poured into the Fenway happened by design, not chance. Starting in 2004, Steve Samuels (who has deep roots in Midwest retail) started to sell the company holdings in the suburbs and other metro areas to focus on redeveloping Fenway as a pedestrian-friendly unifying link between Back Bay and the LMA. With the community and the city, the developer worked on new zoning for greater height and density, to scale back the parking required per apartment and that calls for a rebuilt Boylston Street—the main thoroughfare—with lanes for bikes, green space and wider sidewalks to host street life. 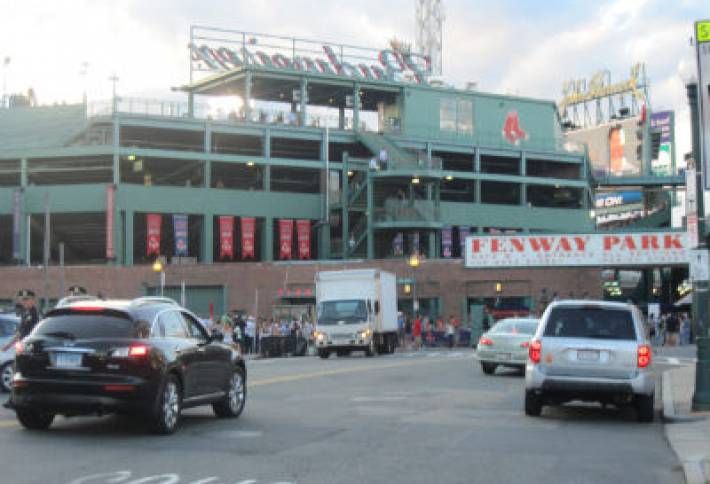 In another critical move, in 2002, the ownership of the Red Sox scratched the notion of building a new ballpark. Instead, it did a $285M, 10-year renovation of its 103-year-old home. That freed it up to sell for development several parcels it had been stockpiling. Joining the venerable sports franchise in the neighborhood came another institution, the Boston Conservatory of Music, that built a $20M facility with an orchestra rehearsal hall, dance studios, teaching space and student areas—a consolidation from three leased properties. 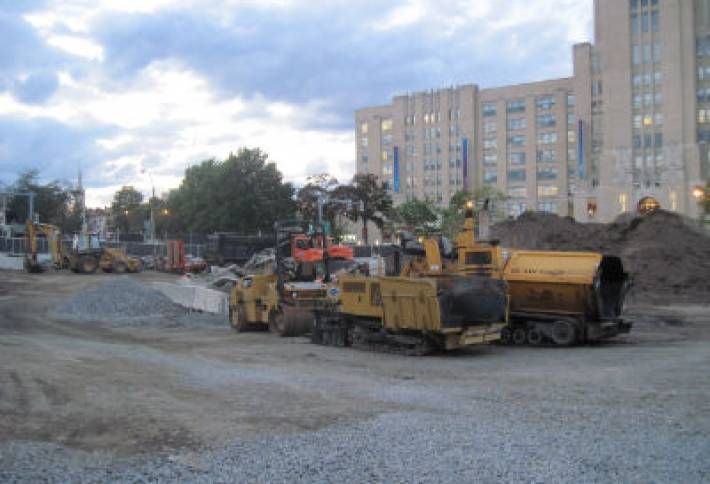 The federal government is financing a $90M remediation of the Muddy River, which runs between Pierce Boston and the LMA. The digging is designed to prevent flooding and improve traffic flow at this busy intersection. In February '11, the Samuels/JP Morgan JV purchased the 1M SF Landmark Center (in the background and adjacent to the Pierce Boston site) from The Abbey Group for $530M. There, it'll redevelop some of the existing offices and build apartments, a food hall and Wegmans-anchored retail. The Abbey Group, which was a pioneer in the new wave of Fenway development, recently completed construction on the $140M Viridian, 350 rental apartments with ground-floor retail at 1282 Boylston St. 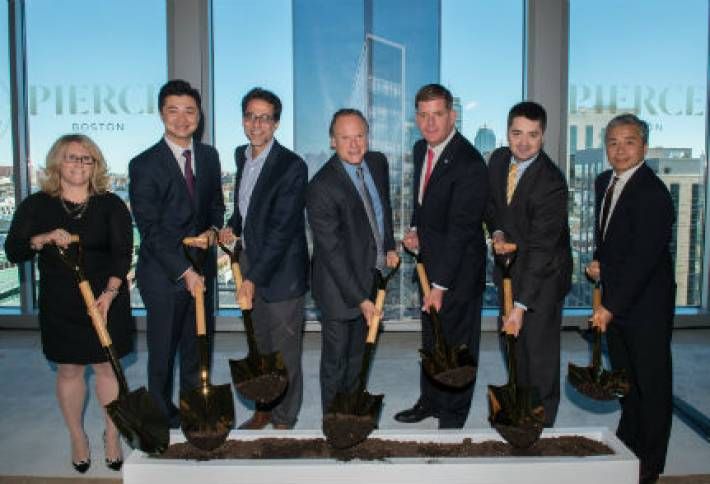 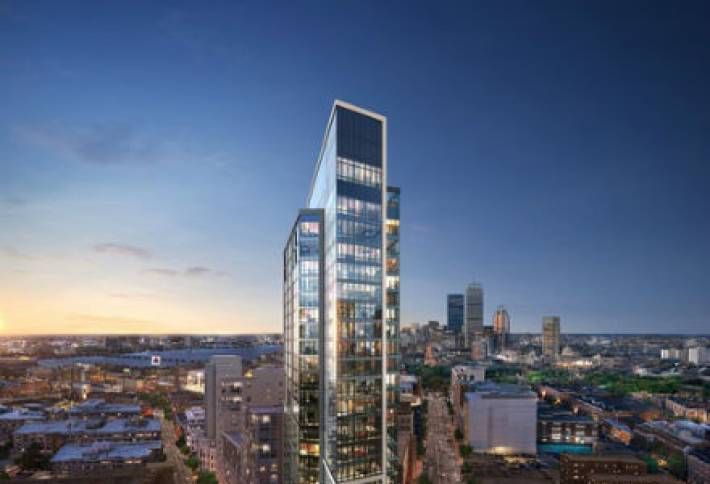 The building, designed by Miami-based Arquitectonica with interiors by Boston-based CBT, is a tall, slender structure with a glass and metal façade and floor-to-ceiling windows. It will have a doorman, 24/7 concierge service, and a penthouse-level amenity floor with a lounge, library and wine room. There is no parking, but underground spots are available at Samuels’ neighboring Trilogy, accessed via a sub-surface tunnel. Every year, fewer residents request parking, Leslie says.

The Pierce Boston tower will be made of concrete rather than steel, says Leslie. (Her development/construction team: Julie Perlman, Becky Bedwell, Chelsea Salvatore and Steve Tocci.) The façade has a complex skin composed of many small elements that will be more efficiently constructed from a concrete structure. Concrete buildings wear as long as steel but have better sound attenuation and are faster to construct, she says. Site work started in May; they’re now driving 325 piles and expect first occupancy in Q1 ’18.