Housing in Boston, as in many major U.S. cities, has become increasingly expensive and has made it challenging for middle-class workers to afford to live near their jobs. 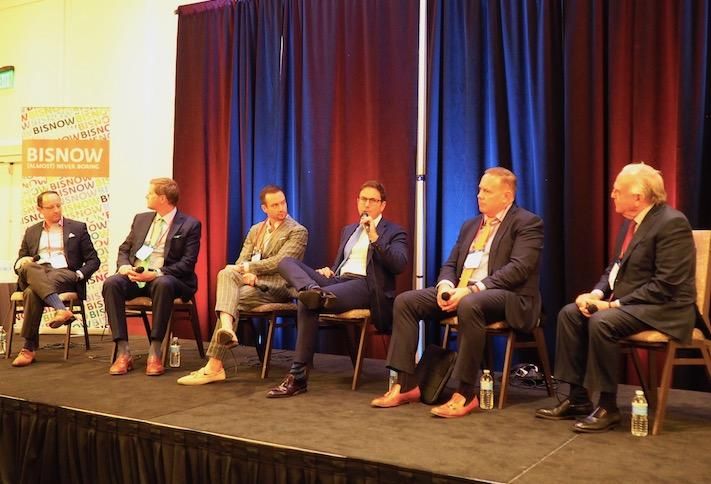 "We don't have enough supply," Boston Realty Advisors founder Jason Weissman said. "We need to take politics out of the supply-demand equation and rezone the city. That's what's really needed."

"The thing that I think will kill this environment is if we cannot deliver housing for all of the great talent we have, as well as those people who need to make a city or a town function," Krebs said. "We need to continue to deliver more than we are, and that is fundamental to the continuation of economic growth."

A primary impediment to building new housing, developers agreed, is local opposition. Gov. Charlie Baker last month proposed a bill that would decrease the threshold needed to change local zoning rules from a supermajority to a simple majority. Weissman and Krebs praised Baker for the proposal.

"We need to support the governor on the recommendation to go to a simple majority," Weissman said. "If we don't do it, we will never get out of that 'not in my backyard' [mentality] ... A simple majority should be sufficient to allow a rezoning for more multifamily." 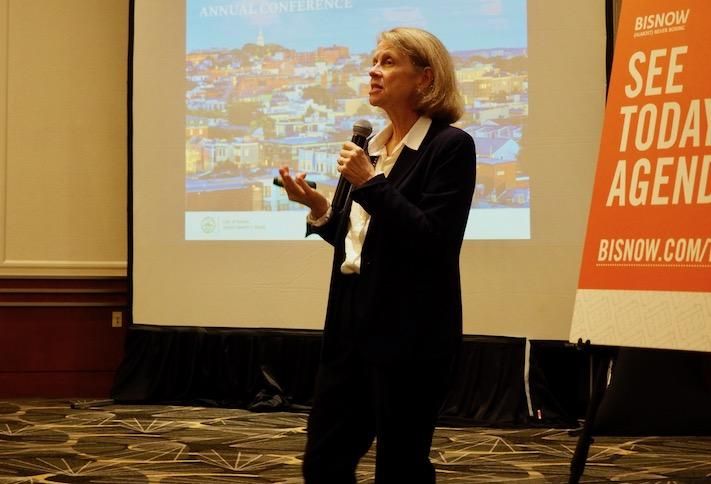 Boston recently updated its long-term plan to call for 69,000 new units of housing, Boston Chief of Housing Sheila Dillon said. She said she understands new housing development may receive pushback in some areas, but increasing the housing stock is important to solving the affordability problem.

"There are a lot of neighborhoods that are not terribly happy, but this administration feels that we need increased supply," Dillon said. "It's been a very welcoming administration. As long as it's near transit and we're asking for good designs and the required affordability, but we want to see increased supply."

She said the city has about 35,000 low-income households that pay more than 50% of their income in rent, but the problem has increasingly spread to the middle class.

"Recently I'm starting to get very worried about middle-income as well. A lot of them want to buy, but there's nothing to buy, and they're paying more of their wages on rents," Dillon said. "Where before I used to be laser-focused on those 35,000 [low-income households], now I am starting to be much more worried about the middle-income." 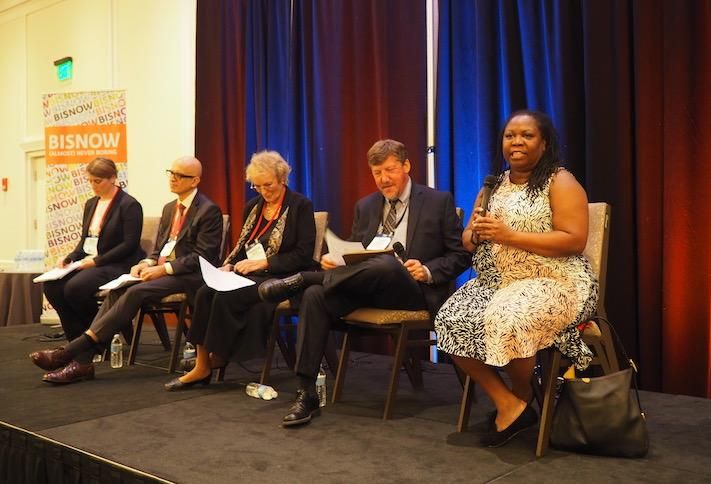 "As the market heats up, it has become more difficult for folks at higher incomes to find affordable places to rent," Kornegay said.

She also identified the supply side as a critical piece of the puzzle, and said zoning changes are needed to allow for more housing near public transportation. Massachusetts has an overlay zoning district that localities can apply to areas near transit in a way that takes less time than overhauling their entire zoning code, Kornegay said.

"One of the barriers to housing production, as a commonwealth and as a nation, is we don't appropriately plan for growth," Kornegay said. "We are experiencing all of this rapid growth ... but we have a troubled transportation system and troubled energy infrastructure. We don't appropriately plan for growth and we're always behind the eight ball in terms of housing production." 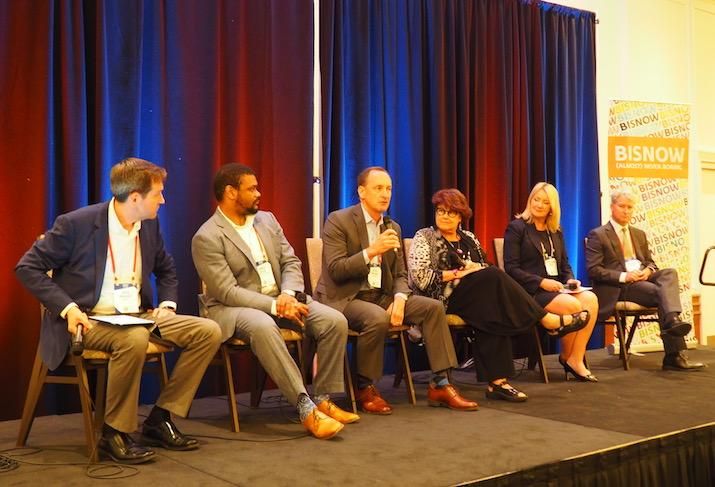 Massachusetts Housing Partnership Executive Director Clark Ziegler said many areas with commuter rail do not have multifamily zoning around their stations. He said rezoning is needed to solve the housing crisis.

"We are in a really difficult state to build new housing, and that's driving the affordability problem," Ziegler said. "The solution lies in zoning and land disposition. Financing innovation will not solve the problem." 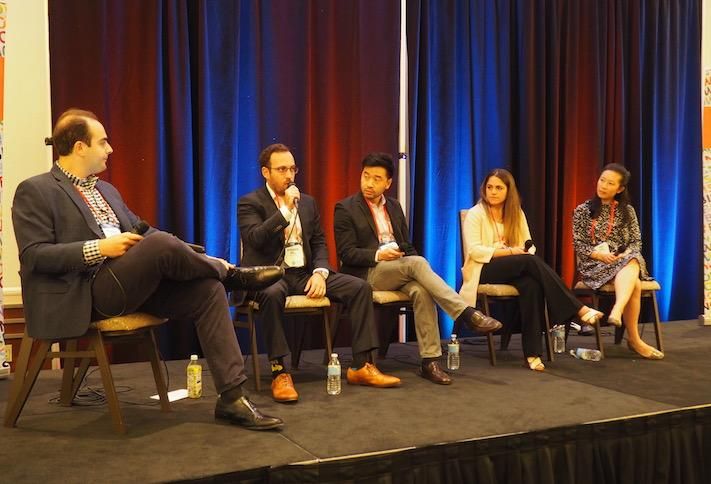 In addition to government-led rezoning efforts, developers identified some market-driven solutions to the housing crisis, such as co-living.

ARX Urban founder Benjamin Moll, whose firm is partnering with co-living provider Common on a project in Allston, said he is focused on finding housing solutions for middle-income people with annual salaries of roughly $40K to $70K. Because co-living reduces the square footage each renter occupies by sharing units with multiple roommates, he said it is a more affordable option than most apartments.

"We see co-living as a perfect market-rate solution to do that," Moll said. "In today's environment, with rising construction costs and rising land values, it's incredibly hard to build for that middle ... we need to figure out how to house our young folks, and we view this as a way to use the private market to create that middle-income housing." 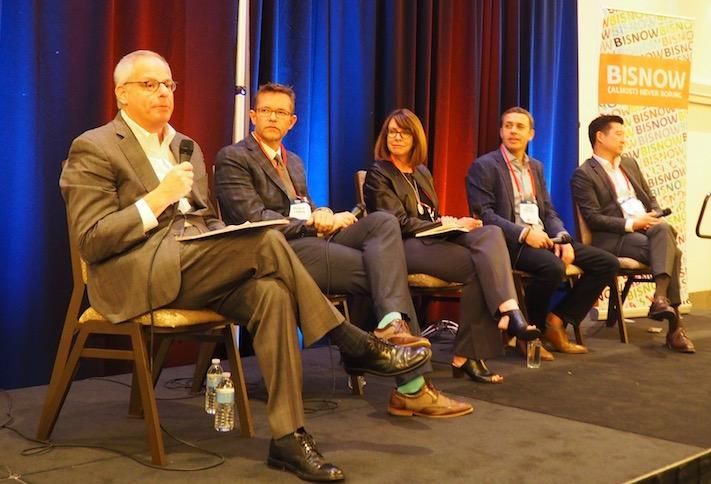 Beyond co-living concepts, new apartment buildings across the board are delivering with smaller units, CoStar Vice President of Advisory Services Michael Cohen said.

"CoStar research has shown that the average size of multifamily units continues to shrink, and we’ve actually seen outperformance of smaller units in terms of occupancies," Cohen said.

"Developers are coming in and talking about co-living, they’re talking about smaller units and building housing outside of the core where land is less expensive," Dillon said. "All of those things are welcome. We really need the market to do something other than what it's been doing for the last three or four years."