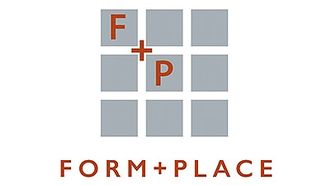 Last month, MGM Springfield opened its doors to the public. The $960M casino development in Springfield, Massachusetts, will do much more than bring a new gaming center to the area.

Surrounding the main resort is a hub of entertainment venues and cultural attractions designed to revitalize the city’s central business district, including an open-air performance venue positioned between the State Armory building and landmarked First Spiritualist Church.

Through placemaking, developers can emphasize walkable centers, which in turn revitalize streetscapes by connecting them to flexible and programmable open spaces. MGM also paid close attention to scale. Rather than insert a megablock-sized project onto an established and historic main street corridor, which would feel out of place, MGM incorporated existing facades to create complementary urban spaces. The result is a project that is well-integrated with its location.

Courtesy of Form + Place
Clockwise from top: A 3D concept model of the MGM Springfield development; performance and retail space; and the renovated Armory Building

While communities may change physically or culturally over time, each moment of a city's history leaves behind qualities that continue to define it. Sometimes, in many urban centers, changing use and new development can hide those characteristics or cause them to fall out of favor with residents, only to later be rediscovered.

In Springfield, important elements like the riverfront have become disconnected, or inaccessible to pedestrians, due to the introduction of modern infrastructure like the elevated highway. The same can be said for parks, squares and streetscapes that have become blighted or unsafe. Rather than remove these spaces and start from scratch, they can instead be infused with energy and commerce.

Springfield has a hierarchy of urban spaces that have the potential to support a range of active and passive uses. Downtown is characterized by a mix of historic properties, modern high-rises and remnants of Springfield’s industrial past. This includes a Main Street corridor populated with low- and mid-rise brick buildings with ground-floor retail that in many locations lack a continuity of storefronts. New development can play an important role in filling these gaps.

“Authentic redevelopment and placemaking in older cities come from studying the context and the variety of scales in which people live, work and play,” Form + Place principal John Rufo said. “We refer to this as the placemaking continuum.”

When helping MGM Springfield create its vision for an urban casino, Form + Place contemplated the project’s role in defining a new entertainment district for the city. This included understanding its relationship to the river, Court Square and other smaller scale urban pocket parks. At the core of the development, a new urban environment has been designed to complement and enhance Springfield’s larger public realm and become a focal point for the city’s South End.

Main Street is downtown Springfield’s commercial backbone. The corridor links important cultural, civic and economic pillars of the community, which required MGM Springfield to be strategic in how it engaged with the existing spaces. From a placemaking perspective, several studies were undertaken to reposition the surrounding neighborhoods and develop a streetscape that would appeal to pedestrians.

Large-scale, mixed-use projects are often designed in a vacuum with little effort to engage their immediate surroundings, but MGM and its partners focused on creating an active street-level experience, featuring restaurants, coffee shops and retail that complement existing, locally owned commercial space.

Adjacent to the casino, Form + Place produced planning studies for Davenport Square, a mixed-use project with outdoor dining, retail, medical office and daycare facilities. This infill project occupies the city block across from MGM’s outdoor plaza and will further encourage pedestrian activity along Main Street by revitalizing a section of the city that was impacted by a tornado in 2011.

“When we first considered this site with MGM, we knew we had the opportunity to do something special for the community,” Chuck Irving of Davenport Cos. said. “Seeing the plaza and mix of retailers open to the public last month, with the kind of synergies we were hoping for, was very satisfying. When we first stood on those roofs all those years ago, it was literally a neighborhood defined by blue tarps sheltering tornado-damaged buildings. Now it’s the symbol of a resurgent Springfield.”

MGM Springfield’s agreement with the city also calls for the development of 54 market-rate apartments, which will bring more full-time residents downtown and contribute to a mixed-use equation that should create a new, 24/7 vibrancy to the area.

Courtesy of Form + Place
Clockwise from top: A conceptual rendering of the completed MGM Springfield mixed-use development; retail storefronts and a movie marquee; and the casino and hotel Main Street facade under construction

A key aspect of placemaking is the development of a catalyzing project. These initiatives engage the public realm and help orient community activities around the space. They build momentum in these walkable centers, encourage more visitors and further development. At MGM Springfield, Form + Place recommended the outward focus of retail and entertainment venues to better engage with existing activity in downtown Springfield and to help stimulate economic development along the Main Street corridor.

This new urban mixed-use prototype is part of a larger trend toward placemaking. In Las Vegas, MGM is experimenting with this strategy by opening up retail stores to the strip to create a walkable plaza for dining, shopping and entertainment.

In addition to the focus on Main Street, MGM Springfield has created a mid-block urban gathering place that will offer seasonal programming, such as outdoor concerts during warmer months and ice-skating in the winter. Lined with shops and entertainment venues, including an eight-lane bowling alley, a 35K SF cinema and a Topgolf facility, this new destination will be an amenity for visitors and locals alike.

Courtesy of Form + Place and MGM
Clockwise from top: A conceptual rendering of the redeveloped Armory Building and surrounding public space; First Spiritualist Church repurposed as a Kringle Candle shop; and the completed Armory Building renovation

As part of its mission to become a part of the fabric of Springfield, MGM chose to preserve and integrate several historic structures into the development. At the heart of the retail and entertainment venue is a restored State Armory building, which housed Springfield’s community center until the 2011 tornado.

Form + Place saw the opportunity to use the original form of the armory’s shed trusses and the castle-like main facade to memorialize the original structure while creating a publicly accessible market space with daily event programming.

MGM Springfield’s development plans, which span 14 acres in downtown Springfield, also included the 130-year-old First Spiritualist Church, which was moved from its original location on Union Street and repurposed as a Kringle Candle shop. MGM used the facades of other important buildings on State Street and Main Street for its hotel and corporate office spaces while renovating their interiors.

These design decisions were part of MGM’s strategy to reuse existing buildings and preserve the city’s character.

What ties MGM Springfield and the redevelopment of Springfield’s South End together are the experiences the downtown area now offers visitors and residents. It is a place that is infused with venues that offer social activities, great entertainment and dining options and a vibrant urban shopping environment.

At the new plaza surrounding the armory, visitors will experience a seasonal rotation of events and amenities including food carts, live music, car shows, outdoor games, yoga-and-beer nights and a pop-up art gallery, the Hartford Courant reported. MGM’s focus on programming emphasizes its commitment to creating a public realm that will actively engage the community.

Planning for the project started as far back as 2012, and MGM, Davenport and Form + Place collaborated closely with the city and key stakeholders to ensure that this development would not only be a new economic engine for the downtown but also one that would complement the community. To achieve that goal, an early awareness of the role placemaking plays at every scale, from the project site and the streetscape to the commercial district and the city, was critical.