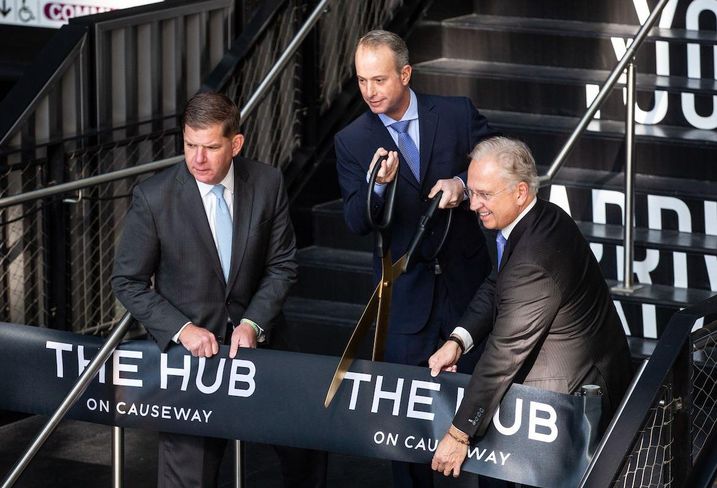 The Celtics and Bruins are no longer the only games in town in the West End.

The first two phases of The Hub on Causeway, Boston Properties’ and Delaware North’s more than 1.5M SF mixed-use project adjacent to the TD Garden, opened Wednesday. Construction is still underway on the third phase of the project, a 630K SF office building that has Verizon signed as an anchor tenant.

“What we see before us today is exactly the kind of transit-oriented development that we always envisioned for this area,” said Charlie Jacobs, Delaware North’s CEO of Boston Holdings, in a statement.

Boston Properties manages all the development of The Hub on Causeway, while Delaware North owns and operates the TD Garden.

TD Garden was expanded by 64K SF as part of the project. A 10K SF outdoor space serves as the new entrance to the arena, and an underground pedestrian tunnel was built between the subway and commuter rail components of North Station. Passengers had to previously exit the station and walk outside to make connections between the two rail links.

“The Hub combines the best of Boston’s sports, dining and live music as well as provides jobs and housing at the northern gateway to the city,” Boston Properties Executive Vice President Bryan Koop said in a statement. “We are thankful for the City of Boston’s continued support of our vision to create an urban village at The Hub.”