On the heels of getting approval to move forward with a hotly contested Westwood redevelopment, one Route 128 South developer hopes his years of success across town lines will win over his new neighbors. 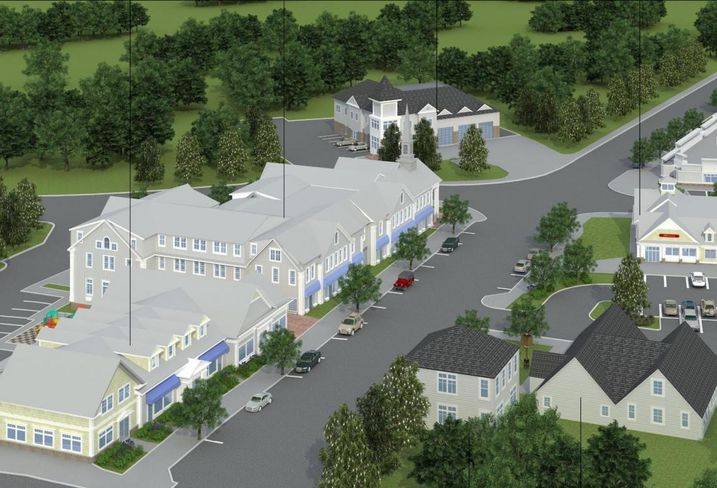 “Some people don’t like change. Some are worried about what it will bring in,” Supreme Development President and CEO Giorgio Petruzziello said. “It’s just like Dedham when I started there.”

Petruzziello won approval May 30 from Westwood for a $35M plan to redevelop the town’s Islington Center neighborhood with condominiums, retail and a renovated library and community center. While the proposal got support from town officials over two years of planning, residents opposed it out of concern for increased traffic and fear it would change the character of the town. The project initially failed its first vote before voters pushed for a reconsideration and approved it.

The developer points to his series of seven mixed-use projects in nearby Dedham as to why he should be trusted in Westwood.

“When we first started in Dedham, there was a little bit of pushback, but now with the results, people are saying, ‘This is what we needed,’” Petruzziello said. 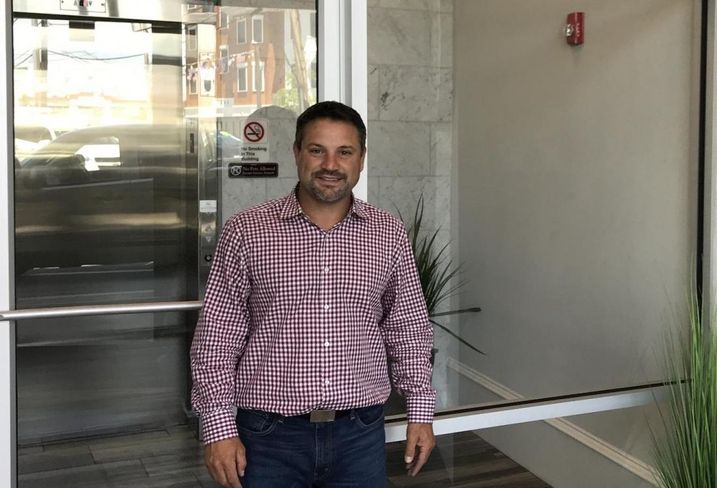 The developer has led the charge in redeveloping Dedham Square over the last decade, beginning with the old Transcript building that had been empty for 20 years. Recent projects include replacing the old Kiku Yama Japanese Steakhouse with a 60-unit residential building featuring a 3,200 SF Blue Ribbon Barbecue, the largest in the local chain’s network, and a soon-to-open El Centro Mexican restaurant as ground-floor retail anchors.

“When we first took the Transcript building down, I think that was the stepping stone for people to realize this is what was needed for Dedham Square,” he said.

The early success came from Petruzziello’s willingness to work with neighbors. New York Times best-selling author and illustrator Peter Reynolds has owned The Blue Bunny Books & Toys for 15 years on High Street in Dedham Square. He met Petruzziello after his pursuit of more parking for his bookstore customers evolved into a greater push for downtown redevelopment.

“That sort of began the process of me asking all these questions about our downtown and who was fixing it,” Reynolds said. “It was a little dog-eared and hadn’t been taken care of for a few decades.” 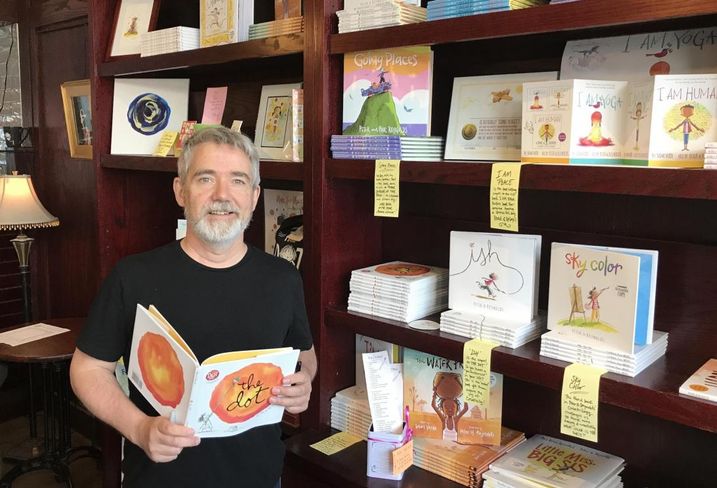 The two have forged a friendship over the years as both pursued area redevelopment. Reynolds co-founded the Dedham Square Circle development group with state Rep. Paul McMurtry (D-Norfolk), who also owns the Dedham Community Theatre across the street from his bookstore.

When the group needed a $30K engineering plan to be eligible for further economic development grants in Dedham Square, Reynolds said Petruzziello was the first developer to donate to the cause. In turn, Petruzziello worked with Reynolds to come up with a design for the Transcript redevelopment that would fit in with the neighborhood.

“It was the perfect storm,” Petruzziello said. “Dedham Square Circle was getting the grant, and we had our first mixed-use development coming at the same time.”

While he said he doesn’t have a similar partnership in Westwood yet like he has in Dedham with Reynolds, Petruzziello notes he is paying careful attention to the town aesthetic in staying true to Westwood while he moves forward with his plans. 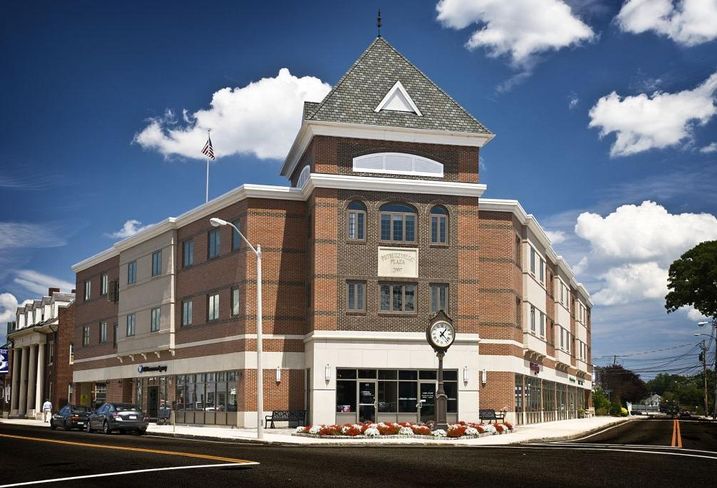 Reynolds points to Dedham Square’s continued success, even after the 2009 opening of the 675K SF Legacy Place mall less than 2 miles away from his store, as proof careful development strategy can preserve a neighborhood’s identity while still enabling progress.

Legacy Place includes Amazon’s fourth brick-and-mortar bookstore and the 15-screen Showcase Cinema, but Reynolds thinks of those as entirely different experiences than what his bookstore or the independent theater across the street in Dedham Square offer their customers.

“There are definitely people who want the Legacy Place experience, and there are ones who want that downtown Main Street experience of Dedham Square,” he said. “[Amazon’s bookstore] had a strange effect in that our customers became more loyal to us. They can see the difference between Amazon and a family-owned bookstore.”