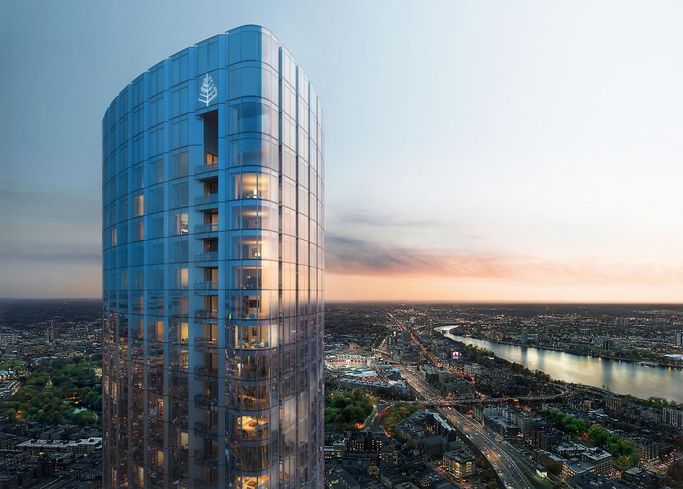 The Four Seasons Hotel One Dalton Street officially opened to its first guests Tuesday, according to an Instagram post by the company.

The 742-foot skyscraper is now Boston’s third-tallest building after 200 Clarendon St. and the Prudential tower. Designed by Pei Cobb Freed & Partners and Cambridge Seven Associates, and developed by Carpenter & Co., the guitar pick-shaped tower puts Boston on an exclusive list of global cities with more than one Four Seasons within city limits.

Other cities with more than one of the glitzy hotel brand include Istanbul, London, Los Angeles, New York, Shanghai and Singapore.

The tower is also vaulting Boston into a new echelon of real estate prices, as penthouse condos at One Dalton were on the market for $40M, which would set a new record price for Boston.

After two weeks of preview dinners, Zuma also officially opens tonight at the base of the 61-story hotel and condo tower. The One Dalton branch of the London-based izakaya (a Japanese version of a pub) chain is the 12th restaurant for the company and the fourth U.S. location.

“Boston’s already thriving food scene is what drew us the city,” Zuma creator and co-founder Rainer Becker said in a prepared statement. "We are proud to have Zuma join this diverse culinary community and welcome Bostonians in to experience the vibrancy and energy that lives within the four walls of our restaurant.”