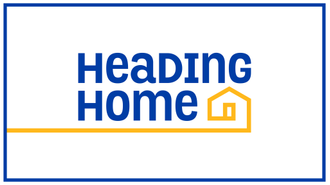 Breaking The Cycle: Why 3 CRE Changemakers Have Dedicated Decades To Ending Homelessness

Though Brian Kavoogian has tallied many victories in his role as a managing partner at Newton-based National Development, one of the most gratifying moments of his career took place a long way from his office.

Working with Heading Home, a Boston-based housing nonprofit, Kavoogian, his wife, Susan, and his daughter and son had just purchased and moved enough furniture and home goods to completely fill a two-bedroom apartment in Dorchester. Kavoogian watched as a family that had struggled with homelessness for three years walked through the door into their new home.

“To see the look on parents’ faces is remarkable because you can see the relief and the joy,” Kavoogian said. “In our philanthropic efforts, we try to have leverage and scale, but often that moves us away from the mission. In supporting Heading Home, we’re able to get much closer to the mission and help change people’s lives, not just with dollars but with our own hands.”

Furnishing the apartment was just one of the many “Up & Out” moves in the 47-year history of Heading Home, which in 2020 placed a record 159 families into permanent housing. The nonprofit provides supportive services, shelter, transitional housing and permanent housing to over 500 Boston-area households annually, supporting over 1,400 adults and children.

The nonprofit also supports families, the majority of whom are led by single mothers with one to two children, with life-stabilizing services that range from financial education to economic mobility training and career coaching. The combination of a housing-first approach with supportive services means that Heading Home's clients have maintained housing independence at 90% or above for 15 consecutive years. In 2020, that number was 96%.

For Jonathan Davis, the founder and CEO of The Davis Cos., working with Heading Home represents a way to give back to the Boston community that he feels has given him so much.

“Many of the same forces that have made us successful as real estate investors and developers create challenges to housing access for the poorest in our community," Davis said. "What really distinguishes Heading Home is its focus on both permanent housing solutions and on providing supportive services to help people not only get out but remain out of homelessness.”

Heading Home’s mission has become all the more important as the coronavirus pandemic has set in, putting tens of thousands of Boston-area residents — overwhelmingly Black and Latinx Bostonians — out of work, out of their homes and at greater risk for contracting the coronavirus. Living in permanent housing can be transformational, giving people the stability to find work and get the healthcare and education they need to close the opportunity gap that divides Boston’s wealthiest and poorest families.

The pandemic has also hit women of color especially hard. Layoffs and school closures that force mothers to care for children around the clock mean many women have fallen out of the workforce. Elizabeth Lowrey, a principal at Elkus Manfredi Architects and a member of Heading Home's board of directors, recognized that, more than ever in 2020, helping working women and mothers without a stable community was a priority.

“Imagine you’re that mother with two or three kids, and you all of a sudden have no house, you have no job, no support system, imagine how terrifying that is,” Lowrey said. “Seeing the way that Heading Home’s work helps stabilize families makes you want to jump in with both feet.”

In March 2020, Elkus Manfredi put out a call to action to its employees: donate $15 to feed one child for a day to make up for the absence of meals provided in school. Heading Home tracked the donations as they came in; Elkus Manfredi's original goal was to raise enough money for 500 meals, but its employees raised enough for 1,900. Lowrey said that in these unsettling times, she hoped to connect her work with Heading Home to a wider audience.

“Helping our neighbors brings out the best in us,” she said. “You can see and feel what your participation is doing. Heading Home’s work is entrepreneurial. They say, ‘This is the issue we have today, and here’s how we’ll solve it.’”

With Bostonians in dire need, Heading Home has been working even harder to keep its services running during the pandemic. Without the live fundraisers that it relied on to bring in donations, Heading Home has pivoted to a virtual fundraising mission: the group has managed so far to raise $1.5M of its $2M goal.

When he was first getting involved with Heading Home close to 30 years ago, Davis said one thing that attracted him to the organization was how many of his colleagues in the world of commercial real estate were giving and involved in working with it. The fact that this housing nonprofit works with and is advised by some of the most knowledgeable people in the business of housing production and management makes every donation go further.

“You have a lot of people from commercial real estate organizations who are invested in Heading Home and have confidence that it’s making a difference in the lives of its clients,” Davis said. “Your colleagues have done the underwriting to assure that, if you do get involved, you will make a difference.”

Davis’ investment has taken on even more personal relevance since his son Stephen became vice chair of the board of directors at Heading Home in December 2019. The emphasis on family runs deep in Lowrey’s philanthropy too — growing up in Alabama, her parents were committed to the push for civil rights. She said the values that were instilled in her from a young age about taking personal responsibility for the good of the community have led her to organizations like Heading Home.

“Doing that first Up & Out move as a family was a way for me to bring my kids closer to the mission of nonprofit work,” said Kavoogian, who served as co-chair of Heading Home's board of directors for three years. “It’s become personal for our family. Since that time, my daughter’s done three other Up & Out moves and got her high school involved and worked at Heading Home as an intern.”

By working with Heading Home, Davis said, he feels a bigger stake in the wider Boston community where he lives and works, and the philanthropic work helps inform his own choices as a real estate investor, working to make his city a more livable place for everyone.

"Putting a roof over someone's head and giving them the services they need to remain secure in their housing is enormously transformative," Davis said. "It breaks a cycle and enables them with the stability to be more successful in their lives. Heading Home and other organizations which share its mission have accomplished a lot, but there is still an immense amount of work to be done."

This article was produced in collaboration between Heading Home and Studio B. Bisnow news staff was not involved in the production of this content.

Heading Home
Heading Home’s mission is to end homelessness in Greater Boston by providing a supported pathway to self-sufficiency that begins with a home, together with critical services such as life skills, financial literacy, and job training.

Heading Home is one of Boston’s leading providers of emergency shelter, transitional housing, permanent housing, and supportive services to families and individuals experiencing homelessness. With roughly 500 households in shelter and supportive housing, Heading Home provides direct services to more than 1,400 Greater Bostonian’s annually. 90% of Heading Home families are headed by a single mom who together have 400+ children. Outcomes are measured by success of sustained housing placements, which for 15 years running have been 90%+. Last year, 96% of Heading Home clients remained housed after one year.