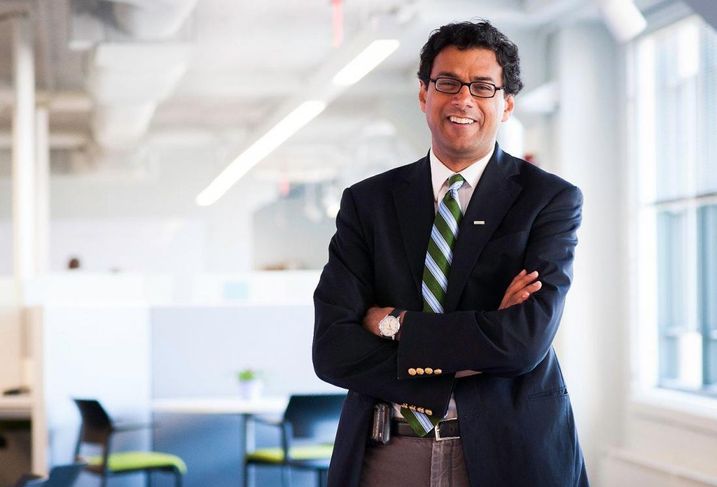 Berkshire Hathaway, JPMorgan Chase and Amazon moved forward with their joint healthcare project Wednesday by appointing Boston-based Brigham and Women’s Hospital surgeon Dr. Atul Gawande as its CEO. The independent company will focus on tackling rising healthcare costs and be based in Boston. Gawande will begin his new role on July 9.

A JPMorgan Chase spokesperson told Bisnow a location for the venture has not been decided.

“We said at the outset that the degree of difficulty is high and success is going to require an expert’s knowledge, a beginner’s mind and a long-term orientation,” Amazon founder and CEO Jeff Bezos said in a prepared statement. “Atul embodies all three, and we’re starting strong as we move forward in this challenging and worthwhile endeavor.”

A general and endocrine surgeon, Gawande is also a Harvard Medical School and Harvard T.H. Chan School of Public Health professor. The company he will head does not yet have a name.

“I have devoted my public health career to building scalable solutions for better healthcare delivery that are saving lives, reducing suffering, and eliminating wasteful spending both in the U.S. and across the world,” Gawande said in a prepared statement. “Now I have the backing of these remarkable organizations to pursue this mission with even greater impact for more than a million people, and in doing so incubate better models of care for all. This work will take time but must be done. The system is broken, and better is possible.”

The trio of companies revealed their healthcare ambitions in January and immediately caused stocks to drop out of concern for what the disruption might mean for the market. While the venture is still in its infancy, it is expected to provide an affordable healthcare solution for the hundreds of thousands of employees of the partnered companies and, potentially, the entire country.

“As employers and as leaders, addressing healthcare is one of the most important things we can do for our employees and their families, as well as for the communities where we all work and live,” Dimon said in a prepared statement.

The Boston headquarters win came with much less fanfare than the other Amazon prize the city is fixated on: HQ2. The New England city is one of 20 remaining contenders on the Seattle-based company’s shortlist for a 50,000-employee second headquarters. While a final decision is expected later this year, Amazon announced last month an unrelated expansion in the city’s Seaport neighborhood. It will bring 2,000 jobs largely related to its Alexa, Amazon Web Services and Audible divisions to a 430K SF building at Seaport Square.