Boston developers want to turn multiple corners of the city into the next hot life science neighborhood. Space-starved tenants are happy for the extra elbow room. 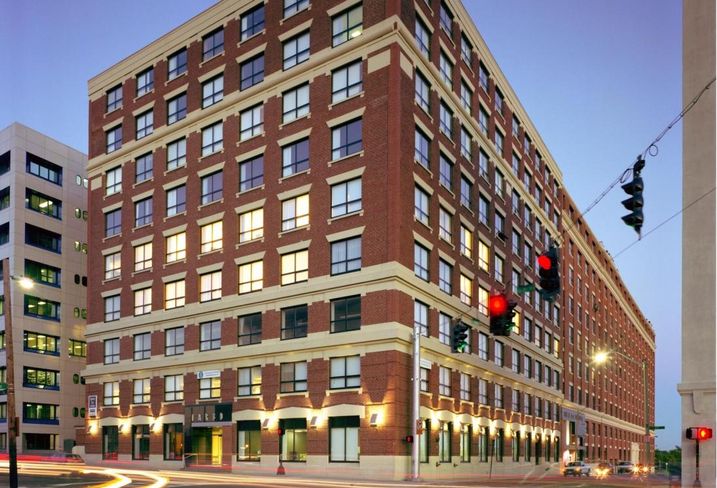 Firms like Alexandra Real Estate Equities and BioMed Realty continue to focus on building out extensive portfolios in East Cambridge and Kendall Square, seen as the leading life science submarket in the world — it is also one of the tightest.

But other players like Related Beal and DivcoWest are beginning to push the boundaries of Kendall by developing ground-up life science centers or converting office product to labs in places like the Seaport.

“Look at the Seaport, its mix of uses and its access to the waterfront,” said Related Beal Executive Vice President Stephen Faber, who is speaking at Bisnow’s Boston Life Science Summit event March 26. “It’s not growing at the pace that it is because it isn’t a desirable area.”

Related Beal has about 1M SF of life science capability in the Seaport, and Faber expects that footprint to grow in coming years due to space-constrained tenants in East Cambridge looking for room to grow.

After purchasing 451 D St. last year for $276M (about seven times what company's predecessor, Beal Cos., paid for it in 2006 in a joint venture), the developer studied the 480K SF building and determined it had the bones needed to convert about 150K SF into lab-capable space.

But positioning a project for life science tenants has more development requirements than one focused on office users.

Ceiling heights should be 12 feet at a minimum (preferably in the 14- to 15-foot range, Faber said) to handle the additional chase ways for wiring, HVAC and plumbing needed for labs. Floors must be able to handle more weight (offices might handle 80 to 100 pounds per SF, while labs need between 125 and 150 pounds).

Lab users also need additional HVAC and power systems to push the exhaust from chemical labs up and out of the building and keep air tempered. Tenant improvement allowances for lab users run typically $80 to $100 more per SF than for office tenants, Faber said. 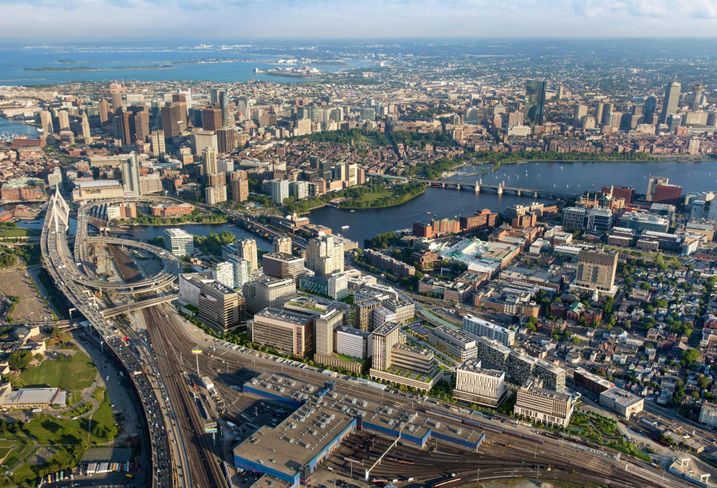 Courtesy of DivcoWest
Rendering of Cambridge Crossing at full build-out

But the building’s roots help the ongoing conversion.

The Seaport property started as a textile manufacturing warehouse, which is why floor loads there go as high as 350 pounds per SF. It is ideally located for freight access, and it was retrofitted in the 1980s to be a telecom hotel for data centers. While there aren’t as many “telco” tenants at 451 D St. today, the significant power supply remains.

“The analysis really started prior to acquiring the property in terms of looking at the asset and understanding if it was a good candidate for life science use,” Faber said. “In this case, we determined in a resounding way: yes.”

Of all the new guard of lab clusters in Greater Boston, DivcoWest’s Cambridge Crossing is the closest to the life science nerve center of Kendall Square. The 45-acre development is still part of East Cambridge and blocks away from Binney Street, one of Kendall’s main arteries.

French drug manufacturer Sanofi announced at the end of 2018 it had leased 900K SF of offices at Cambridge Crossing. While the drug company, Massachusetts’ largest life science employer, won’t include any drug manufacturing at its new home, Roopenian said being able to lure it and Philips North America to Cambridge Crossing is a testament to the development’s power of proximity.

It also doesn’t hurt that DivcoWest’s property offers tenants in nearby Kendall the ability to scale up. Of the 2.1M SF of science and technology space planned for Cambridge Crossing, 50% is expected to be labs and 50% will be office. But all will be built as flexible space to appeal to all tenant types, Roopenian said.

The developer reached out to small, medium and large life science and technology tenants, as well as big pharmaceutical companies, for their input before shovels hit the ground.

Their input resulted in more green space (“They need room to breathe and places to interact both in and out of the office,” Roopenian said.), large floor plates (around 50K SF at buildings currently under construction) and 15-foot floor heights to allow more sunlight to penetrate each level and accommodate lab infrastructure. 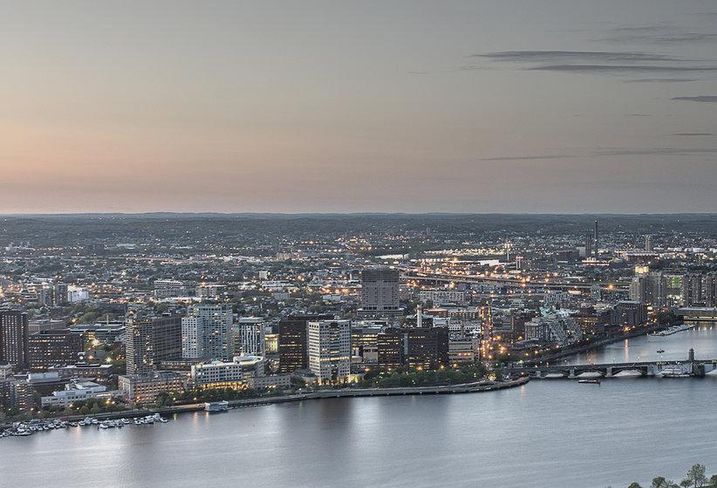 Appealing to users of all sizes is something one developer in nearby Kendall Square takes to heart.

"I think what doesn’t get enough air time is that tenants are focused on locations rather than picking the right landlord,” BioMed Realty Senior Director Morgan Weinstein said. “We’ve seen again and again, if a life science owner has a dynamic checkerboard where you can right-size, grow or shrink your tenants while also accommodating prospects, you’re at an advantage.”

BioMed’s “checkerboard” is focused on Cambridge and the Longwood Medical Area, both near academic and medical institutions. But Weinstein said landlords may have to accept a new kind of real estate game when it comes to life science tenants. While landlords may prefer long-term leases, the nature of the life science industry is often based on drastic growth (or shrinkage) following drug trials.

“As these milestones are hit, how can a company scale in a portfolio if the landlord doesn’t have a large enough assimilation of buildings to enable the tenant to grow or shrink?” Weinstein said. “Leases can get ripped up so long as you stay in the portfolio.”

In appealing to users of all sizes, developers argue they are also boosting the innovation profile of their own projects.

“We’re trying to grow an ecosystem that maximizes the positivity of innovation and great ideas,” Roopenian said. “You don’t just do that with the big monsters. You do it with small, medium and large.”