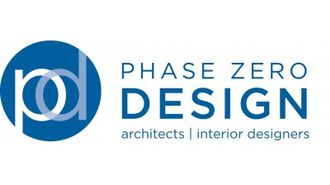 Designing Buildings For The Experiential Economy

Since 1987, the share of consumer spending on live events in the U.S. has increased 70%. The shift is doing more than sending shock waves across the retail landscape and turning malls into hollow shells. Real estate professionals from apartment landlords to office managers have started to embrace experiential design as a way to win over today’s tenants, consumers and employees.

“People are forgoing a quest for material goods, whether it be a new home in the suburbs or a new pair of jeans, and are now focusing their time, talent and treasure on experiences,” Phase Zero Design Principal James Kimball said. “It’s no mistake that restaurants are thriving, travel is up and homeownership is down. It’s about experiencing every moment.”

The Harvard Business Review breaks down experiential design into four sectors: entertainment, educational, escapist and aesthetic. Experiential real estate design should aim to hit all four areas. Bridging the categories is a spectrum between active and passive participation, the difference between being on TV and watching TV. Absorption, taking in an experience from the front, versus immersion, from all around, also determines the experiential environment.

Josh Hallett/Flickr
A display at the Niketown flagship in London

At the SoHo Niketown flagship store in New York City, Nike bridges the gap between entertainment, education and escapism. The five-story retail space replaces rows of products with physical and virtual methods for testing its sneakers. The first floor features a treadmill surrounded by a 180-degree LED screen, which users can customize to experiment with different running environments. Other floors feature a half-sized basketball court and a mini soccer field.

A GQ tour highlighted the new floor-to-ceiling glass windows — a 50-foot wall of sneakers. Nike redesigned its flagship with not only active customer participation but also brand aesthetics in mind.

Developers have also looked to compress the experience of living in an urban center into mixed-use projects. At Ivy Station in Culver City, California, apartments, a hotel, an office building, shops, restaurants and underground parking will surround a new station for the Los Angeles Expo Line.

Sandwiched between Downtown LA and Santa Monica, Ivy Station will be an inclusive community that intersects with the daily population of 64,000 metro riders each weekday. The development will include a central courtyard that will serve as a public gathering space.

Co-living echoes a trend in experiential retail, where consumers pay not just for a product, but also to just get in the door, similar to admittance into a theme park.

Community-oriented design has trickled down into offices. Companies have removed private rooms and narrow hallways in favor of central hubs and lounges. Knoll Inc., a design firm that creates office systems, sees the concept of the workplace moving from physical buildings toward experiences.

Rather than be connected by real estate, set hours and employee-provided tools and workstations, offices should be designed to accommodate a fluid flow of employees 24/7. The environment is used like a town square to build brand identity and work culture.

While customers come to restaurants for the food, they come back for the ambiance. Pop-up restaurants and limited runs of new dining concepts have increased in popularity. Appealing to the excitement of variety and reinvention, pop-up dining saw an 82% rise in popularity on Eventbrite. Pop-ups can also be interactive, allowing chefs and guests to meet and even help prepare meals. Beyond pop-ups, communal dining experiences have also become common. Millennials are more willing than their parents to sit down at a family-style buffet with strangers.

Eventbrite's survey also found that 75% of people believe unique dining experiences are worth a higher price, and 50% of people would pay more for the same menu if it included chef interaction.

As the economy shifts toward a consumer base that had traded homes and cars for co-living and ride-sharing, buildings have to be built with the actions of their occupants in mind.

“We as architects need to be in tune with this and create spaces that create memorable and enjoyable experiences and not just for instant gratification but for an experience that can be enjoyed for years to come,” Kimball said.