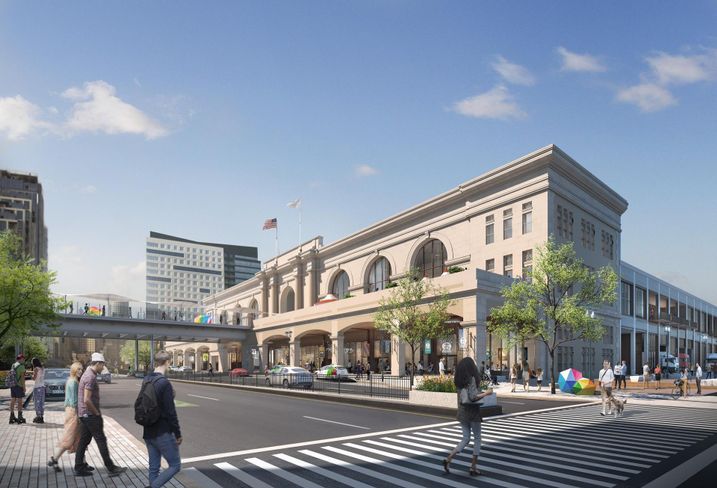 Boston has given its blessing for a private developer's plan to enliven a stretch of waterfront real estate in the city’s popular Seaport neighborhood.

The Boston Planning & Development Agency approved Thursday a Pembroke Real Estate proposal to redevelop the World Trade Center. Although not expected to add significant square footage to the structure, the plan will add retail, expanded waterfront access, new event space for the neighboring Seaport Hotel and flexible workspace to be leased entirely by Fidelity Investments.

“After several years of planning and design work, we’re thrilled to be taking another step forward with our revitalization of Commonwealth Pier,” Pembroke Senior Vice President Andrew Dankwerth said in a prepared statement. “We’re excited for the opportunity to reintroduce the Pier as a new destination in what has become a thriving neighborhood. Our project will bring new life to this iconic building, inviting more people onto the pier, coupled with public realm programming, to create a waterfront experience unlike anything else in Boston.”

While the plan means the Commonwealth Hall convention center will close, more than 170K SF of outdoor public space will be added as a result of its removal. Pembroke will not add any significant density or height to the World Trade Center during construction.

The historic World Trade Center headhouse will remain and host a 45K SF retail colonnade along Seaport Boulevard, made possible with the removal of the convention center's loading docks. A 25K SF plaza is also planned to accommodate outdoor events.

Pembroke plans to expand the development’s maritime use with the redevelopment. The project will expand berthing areas and ticketing areas, add a covered waiting area and expand docks for a future water shuttle stop. The World Trade Center already serves as a terminal for chartered boats, water taxis and the Bay State Cruise Co. Provincetown ferry.

Construction on the redevelopment is expected to begin in 2020 and deliver by 2024.