Boston Mayor Marty Walsh announced plans this week to implement a three-tiered construction restart that will align Boston’s essential construction policy with Massachusetts’ by May 26. 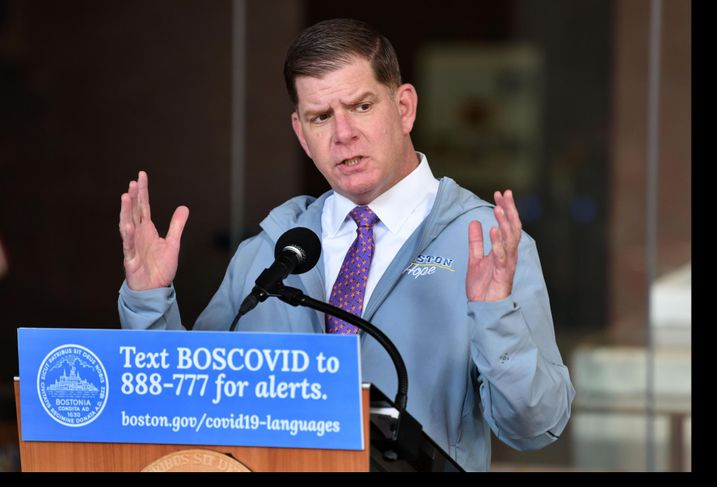 The city and the commonwealth’s definitions of essential construction have differed since Walsh issued a mandate on March 16 that ordered the 21M SF of nonessential construction then underway to cease by March 23. Since then, only projects for education and healthcare facilities, as well as critical infrastructure work, have been allowed to continue.

The new plan for incremental restarts of more construction categories, a course of action Walsh reportedly has been considering since mid-April, will make Boston’s policy more uniform with the commonwealth’s.

“Now that the COVID-19 Safety Policy for Construction has been implemented, and current construction is in compliance with the new mandate[s], the City will incrementally expand its categories of allowed construction to further align with the broader categories of construction defined as essential by the State,” according to a Tuesday night memo signed by Boston Chief of Operations Patrick Brophy.

On May 18, developers of properly permitted projects with a signed affidavit who are prepared to adhere to their safety plans and are conducting work for hospitals, public schools, one- to three-unit residential buildings, road and utility work, and other open-air construction may begin work again. On May 26, the city will allow all construction projects to recommence.

The city says Department of Public Works and Inspectional Services Department inspectors will enforce safety plans and will suspend or shut down any job sites that are not in compliance.

While the memo from the mayor’s office says the city reserves the right to change this incremental approach, contractors and unions are prepared for the plan’s implementation. Shawmut Design and Construction plans to use wearable technology that beeps when workers get too close to one another, Turner Construction employees will have their temperatures taken and Suffolk Construction is exploring thermal scanners that would remotely detect fevers.

The city also is prioritizing worker health. The city has “partnered with Tufts Medical Center to provide testing services for the industry at the Tufts COVID-19 Screening Clinic at the Josiah Quincy Elementary School located at 885 Washington Street in Chinatown,” according to the memo from the mayor’s office.