Nick Folk is learning the ropes of the commercial real estate business at Dallas-based AMR Capital, but he still hasn't given up on his first career: placekicking in the National Football League, which he has done for 12 seasons. 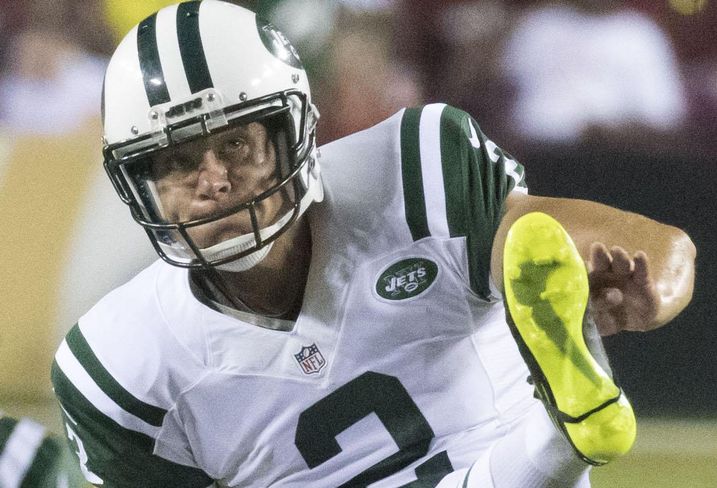 Folk, who played with the New England Patriots last season, has a CRE job locked down — he is AMR's vice president of operations — but he is still a football free agent, hoping to latch onto a team. But for a veteran kicker like Folk, 35, that isn't easy.

Unlike most other NFL positions, the league's 32 teams each employ just one kicker, limiting the number of jobs. The coronavirus pandemic has also made it more difficult for free agents like Folk to get noticed.

"I thought I would be on a team by now," he told Bisnow in an interview this week. "Teams in this unique coronavirus situation, they are sitting tight and are playing it day-by-day. I wasn't able to visit any teams once free agency started. In the meantime, I am coming [to AMR] to try and close a bunch of deals and get some stuff started, which is fun."

Soon after Folk joined AMR in 2019, he got a call from the Patriots after they had cut their last kicker, Mike Nugent. Folk's boss at AMR, Rush Graves, let him keep his job and allowed him to work remotely, which would continue if a new team wanted his services. When he was interviewed to be AMR's vice president of operations, Folk told Graves he still wanted to play.

Folk, who made the Pro Bowl for the Dallas Cowboys and played for the New York Jets for seven years, dabbled in real estate investing during his career and earned an MBA from Indiana University. He was recruited to AMR Capital by former Jets teammate Bryce Petty, who told Bisnow that Folk was one of the "brightest guys I have ever met."

"He is very analytical, [like] most kickers I have met," Petty, AMR's director of capital markets, said in an interview. "He fell in love with it pretty quickly."

Though he is a relative newcomer to the CRE industry, Folk has learned some valuable lessons. For one thing, unglamorous properties like self-storage may provide better returns than "sexy" asset classes such as multifamily.

"Looking back on some of the data from '08 and '09, [self-storage] was one of the best-performing commercial real estate classes," he said.

AMR focuses on its home Dallas market and considers itself to be an opportunistic buyer. Folk said the company is pursuing storage, land and industrial deals.

If a new team signs him, Folk won't uproot his family. His four young children would stay in Texas during the season.

"When I was in New England, I was able to do a little bit of work remotely," he said. "Going forward, I think it will be a little bit easier on my end to keep up not as heavily with what's going on here and give my two cents."

Folk, who also played a season for the Tampa Bay Buccaneers, earned more than $15M during his career, according to Spotrac, orders of magnitude more than the average football player, who lasts about three seasons. Kickers can hang on for longer, like Adam Vinatieri, who wants to return for his 25th year at age 47.

There has been a symbiotic relationship between professional athletes and the CRE industry for decades.

Players are looking to find safe places to invest the seven-figure salaries they earn during their short careers, and CRE developers often are looking for outside investors. Petty said his status as a former professional athlete gives him an edge in the world of commercial real estate.

"With my particular job to go out and raise capital, I see the football thing as a 'wall breaker,'" he said.

When he talks shop with potential clients, Petty said he gets peppered with questions about his playing days before the conversation turns to business. Many former professional athletes, such as ex-Major League Baseball players Mark Teixiera and Matt Capps, have made CRE their full-time jobs. Some firms specifically target professional athletes.

Folk isn't even the only recent Jets kicker to get into the business: Doug Brien, who played in the NFL for 11 years, is co-founder and CEO of Mynd Property Management.

The most famous athlete-to-real-estate transition came from another Dallas Cowboy: Hall of Fame quarterback Roger Staubach founded a real estate brokerage, eventually selling it to JLL in 2008 for $600M. Folk said he attends the same Dallas church as Staubach, although he has never met him.