The real estate sector built around cannabis is already worth tens of billions, and could be worth much more as the sector grows.

Many lenders want to get in on the ground floor of the booming industry, but even the most adventurous banks are treading carefully as they make inroads into the world of cannabis real estate. 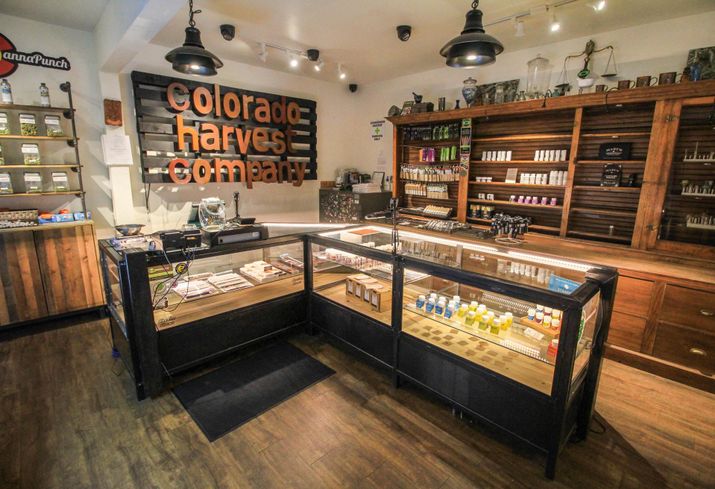 Radius Bank has lent on five cannabis deals since 2018, but is thus far only lending indirectly, providing funds for landlords who intend to take on cannabis-related businesses as tenants. Even though marijuana is legal in the bank’s home state of Massachusetts, federal regulations bar Radius Bank from working directly with businesses that grow or sell the drug.

If the industry gains more of a foothold in Massachusetts and if federal regulations change, there could be much larger opportunities to invest in growing, testing and packaging facilities.

“We’re trying to get in early and make a name for ourselves with the landlords who operate these sorts of properties,” Dubeshter said.

For the lenders entrepreneurial enough to seize it, the cannabis sector represents a financial opportunity: While the fate of the industry is still up in the air, lenders receive a premium on loans for cannabis properties. Dubeshter said that Radius Bank tends to charge an interest rate about 25 to 100 basis points higher on cannabis properties in order to offset the increased risk that it faces as a lender.

Lenders must carefully consider what might happen if a state or federal law altered the legality of cannabis or cannabis businesses. Massachusetts is currently facing a rash of retail closures due to a statewide ban on vaping, and a similar law for cannabis could cause dispensaries to break leases.

Dubeshter said Radius Bank approaches underwriting for these properties as if a non-cannabis tenant were there instead. For the moment, though, the properties are booming.

“Right now, it’s ‘if you build it, they will come,’” Dubeshter said. “Communities are approving dispensaries very slowly, but as soon as people hear that a new location is opening, they start lining up.”

The current tide of legislation is also more likely to favor lenders than hurt them. The U.S. House of Representatives has now passed the Secure and Fair Enforcement Banking Act, known as SAFE, which would protect the lenders and landlords that work with cannabis-related businesses from federal prosecution. The measure has moved on to the Senate, where financial industry advocates hope it will be passed before the legislative session expires in November. 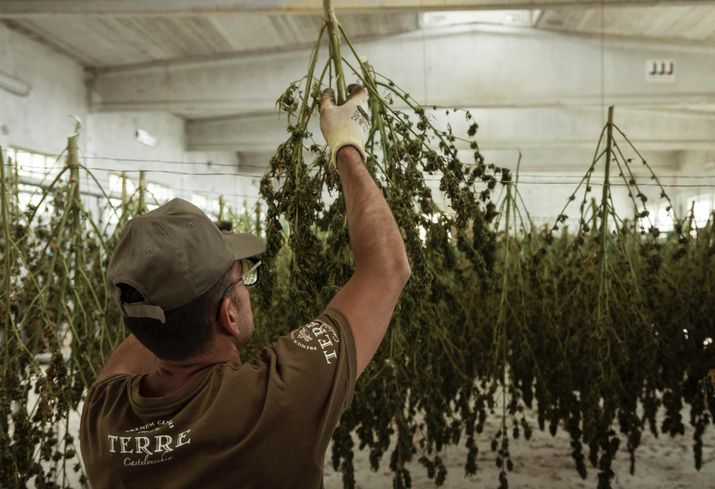 But even the SAFE Banking Act may not be enough to make the cannabis industry free and clear for lenders, according to Radius Bank Chief Compliance Officer Tracie Kosakowski. Banks and their cannabis-related borrowers would still face hurdles from credit card companies or other financial players, since transactions that would be legal in Massachusetts might not be legal in financial hubs like New York or Charlotte, North Carolina.

“You’re putting Band-Aids around the situation and creating safe harbors, but you’re not creating a holistic approach to the cannabis industry,” Kosakowski said. “As long as marijuana is a Schedule 1 classified substance, people are not going to see this is a business, which is what it’s becoming.”

A reclassification of marijuana, she said, might be right around the corner, depending on who wins the 2020 election. In the meantime, Radius Bank is developing innovative solutions to bring the emerging industry the capital it needs to survive. The bank recently completed its first escrow deal for a landlord leasing to cannabis-related businesses. The endeavor was particularly tricky since Radius had to keep an indirect relationship with both buyer and seller and could not actually take direct control of the funds in question.

“There are a lot of attorneys looking for this type of service, and so far we’re one of the only lenders doing it,” Radius Bank Director of Cash Management Steven LaPierre said. “We’re able to make sure the funds are coming from the appropriate place and protect all the parties involved.”

Thanks to its size, Radius Bank has been able to enter the cannabis sector more quickly and more deeply than many other banks whose bureaucracies might prevent them from breaking into new industries.

“When the deals and the approval makers are all local, there isn’t as much red tape as there is for larger financial institutions,” Dubeshter said. “We were able to make the decision quickly and efficiently. We’re able to talk to customers and immediately find out what they need and drive the process along.”

While Radius Bank does not intend to become known for its cannabis practice, Kosakowski said that the sector is helping the bank diversify its lending landscape and forge connections with some of the largest landlords in Massachusetts. The landlords who are leasing to cannabis businesses also tend to own industrial and multifamily properties, she said.

It is also ingrained in the bank’s culture to be on the leading edge of lending. Once a brick-and-mortar lender, Radius Bank decided to transition to a fully digital presence in 2013, and is working to create an unrivaled online banking and transaction platform.

The most fascinating part of the deals Radius has been doing, Kosakowski said, has been how quickly the financial sector took to the emerging cannabis industry.

“You see cannabis, and you think about flower children and the 1970s,” she said. “But now it’s big business. It’s the major law firms and the private equity people in their banker-blue suits.”

This feature was produced in collaboration between Bisnow Branded Content and Radius Bank. Bisnow news staff was not involved in the production of this content.

Radius Bank
Founded in 1987 and headquartered in Boston, MA, Radius Bank is a leading online bank committed to providing a full complement of accounts and services to meet the growing banking needs of consumers and businesses nationwide. As the digital banking landscape has evolved over the years, so too has Radius. We provide the product depth of a national brand, the technology of a fintech, and the personalized attention typically reserved for a local bank.
Confirmed! You are subscribed to the Bisnow Boston E-Newsletter.
Bisnow Boston Newsletter
Bisnow Boston Newsletter