This morning, UMass Boston broke ground on the second project--a $113M academic building--in its $700M plan to add facilities and redesign the campus on Dorchester Bay. 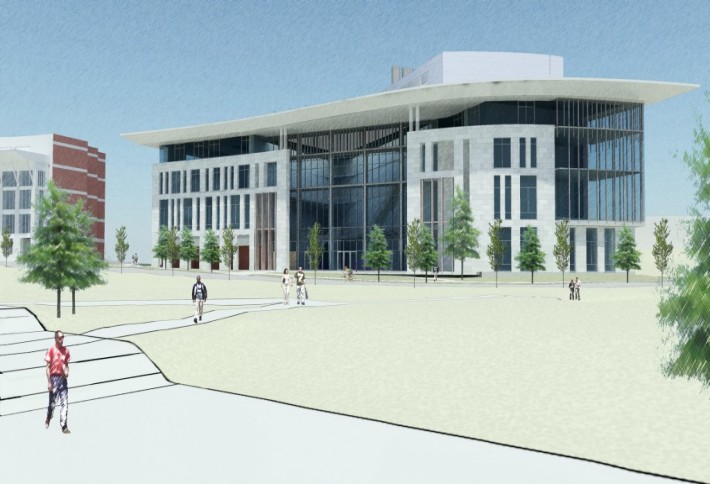 Once completed in fall 15, the three-sided, interdisciplinary building will houseclassrooms, chemistry labs,andstudio spacefor artists, musicians, and dancers. The 181k SF building (aiming for LEED Silver) will also have faculty and staff offices, a caf, a student lounge, study spaces, a multimedia studio classroom, four 150-seat discussion halls, and a 500-seat lecture hall. And for the first time, UMass Boston will havecase-methodclassrooms. The UMass Building Authority is the major funding source and project manager, while Gilbane Construction is the CM. 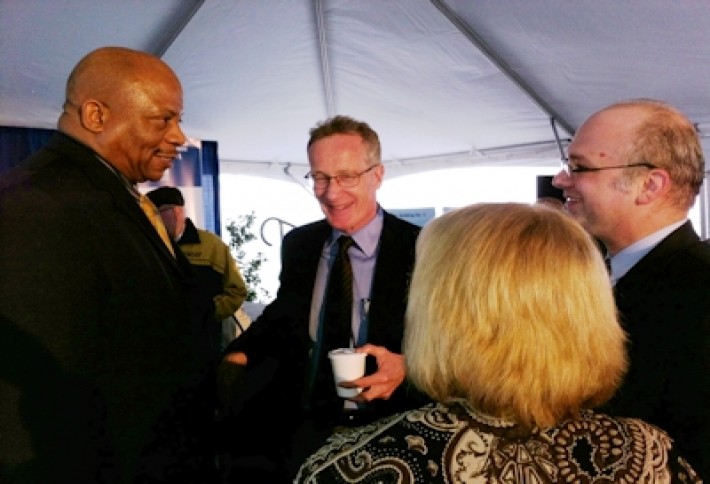 At the groundbreaking: UMass Boston Chancellor J. Keith Motley with the designers, Wilson Architects'Joe Morgan and James Liebman. The first building in the university expansion plan--and the first new building on campus in 40 years--is the $185M, 220k SF Integrated Science Complex, now underconstruction for afall 14 opening. Also under construction is the Edward M Kennedy Institute for the US Senate, due to open in fall 14 as well. The third project,a$150M new road withall campusutilities putunderneath, will start construction in April.

Forest City won zoning approval from the City of Cambridge Monday to build a 250k SF lab/office for Millennium Pharmaceuticals, which will also have ground-floor retail. The building, designed by KlingStubbins, is expansion space for the drug maker, whichsince'99 has occupied space next door at Forest City's University Park.

Latest rumor: Boston Properties is talking to City Hall about developing what could be a 50-story tower at Dartmouth and Stuart streets in Back Bay. Regional manager Bryan Koop could not be reached for comment about the project, which would be onthe site of a company-owned garage. 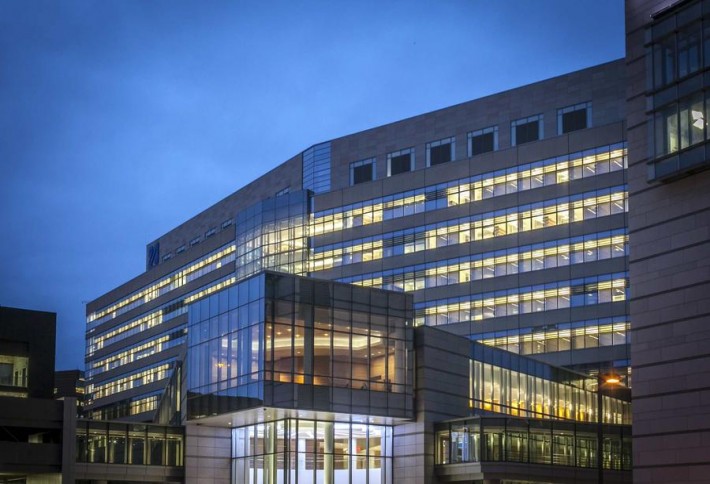 UMass Medical School in Worcester recently cut the ribbon on the $400M, 512k SF Albert Sherman Center, which was designed by Architectural Resources Cambridge and built by Suffolk Construction. The 11-story, LEED Gold building features research labs, a 350-seat auditorium, conference rooms, a full-service cafe, and fitness center. The biomedical research and academic facility is now the hub of the medical school campus.

Seem like there were lots of multifamily starts in Massachusetts last year? Developers started almost twice the number as in '11. In 12, 5,019 multifamily permits were granted, up from 2,752--an 84% increase, according to the US Census Bureaus Building Permit Survey.Busy communities included Boston, Natick, Cambridge, Saugus, and Concord.

Lupoli Cos and the Town of Andover will soon start construction on a $16M, 30k SF medical center for urgent and specialized care: the Andover Medical Center and ExpressCare. Tenants are Lawrence General Hospital and Pentucket Medical of Newburyport.

Arlington 360--a $49.5M, 176-unit rental and condo complex on the former Symmes Hospital site in (you guessed it) Arlington--is nearing the completion of construction. Upton + Partners of Newton and Jefferson Apartment Group have redeveloped the site, which had been vacant since 99. 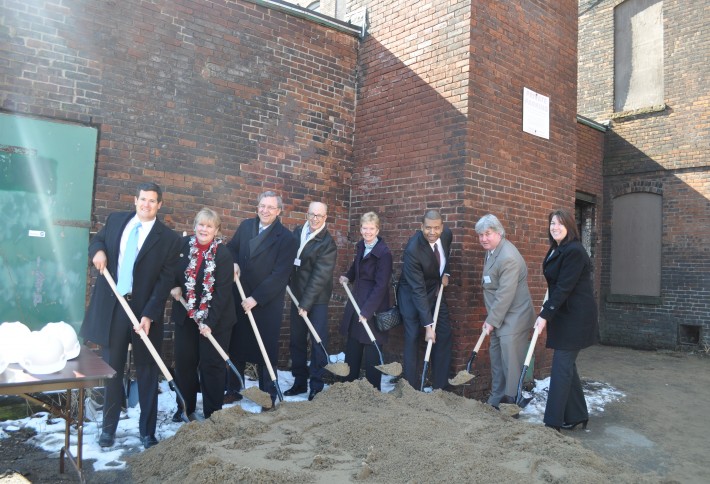 SynapDx Corp leased 11k SF of lab space at 4 Hartwell Pl in Lexington from King Street Properties for its new HQ. It's a relo from offices in Woburn and Southborough. It was repped by Cassidy Turleys Kevin Hanna and Ryan Romano. RBJs Jon Varholak, Eric Smith and Ron Friedman repped King Street.

Promedior leased 7,700 SF at 101 Hartwell Ave in Lexington for labs and a new HQ, in a relo from the Philadelphia area.T3 Advisors Mike Shreve and Jeremy Hood repped the tenant. RBJ repped landlord King Street. 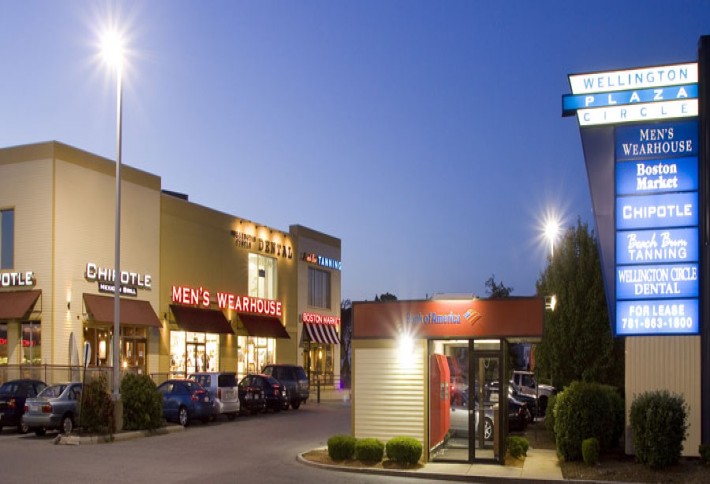 "I have kleptomania. But when it gets bad, I take something for it." - Ken Dodd. What's ailing you? susan@bisnow.com