Yesterday, Hines closed on its $200M purchase of Riverside Center in Newton from Blackstone. The rapid sale of the property-- its value was recently estimated at just $180M--illustrates the allure of the Boston metro office market. 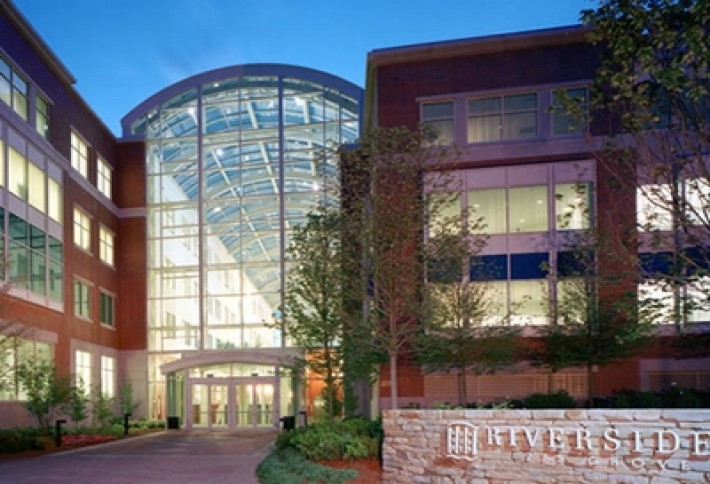 Built in 01, Blackstone acquired the 508k SF first-class office near the Riverside T-stop in 07 with the EOP portfolio. Houston-based Hines, owner of 222 Berkeley St and 500 Boylston St in Back Bay, declined to comment on the sale but a source familiar withthe deal confirmed that the Texans won a fast-paced bidding war. 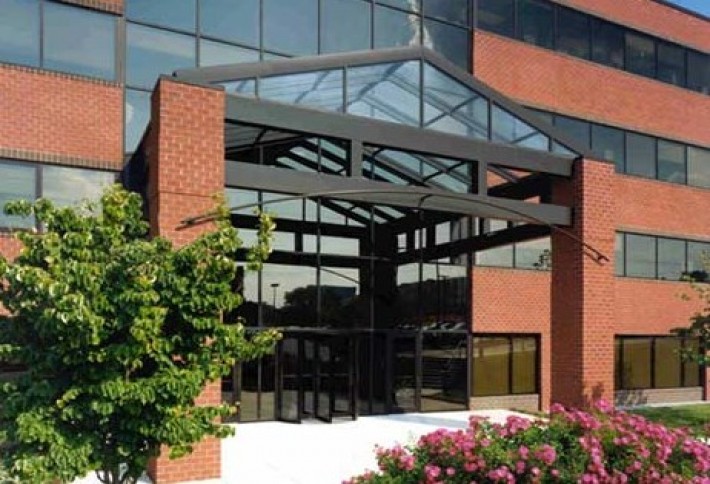 TA Associates,has agreed to acquire Totten Pond Office Park from Philadelphia-based BPG,a source familiar with the deal confirmed for Bisnow. The 300k SF, three-building complex includes 460 Totten Pond Rd, which is 143k SF and 76% occupied, as well as two smaller buildings that are about 90% occupied. 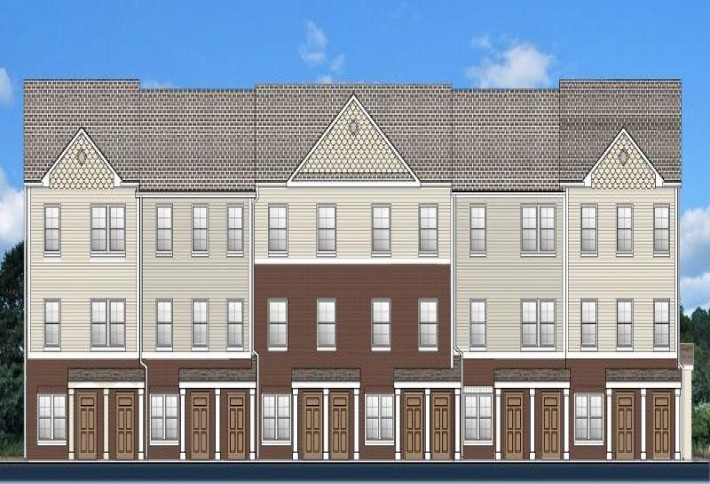 The Abbey Groups 45 Province had a rough start when it was completed in 09--the depth of the recession--but its on a roll now reporting that 80% of its 137 luxury condos near Downtown Crossing are sold. The $160M, 31-story tower includes an eight-level parking facility and a health club on two floors.

MassHousing, the states affordable housing finance agency, won a Aa3 rating for nearly $170M in bonds (a rating that affects $1.4B in parity debt). Moodys Ratings says that the rating reflects MassHousings strong portfolio, solid loan performance, sufficient asset to liability over-collateralization and skilled program management. Moodys outlook for the bonds is stable through all but the most severe CRE downturn. 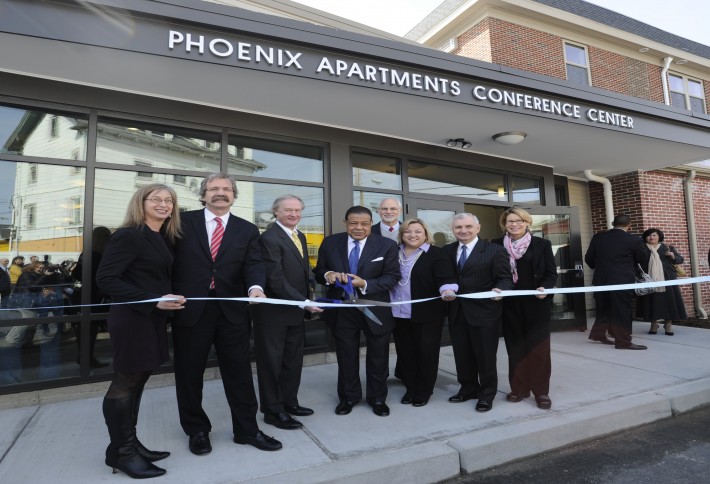 The University of Massachusetts has sold $284M in construction bonds to fund several major projects. A combination of taxable and tax-exempt bonds were sold last week to individual and institutional investors at an average interest rate just under 3.9%.The low rates will save the university millions of dollars in future debt service payments, says UMass Building Authority executive director Katherine Craven. The borrowing will finance projects at each of the five campuses 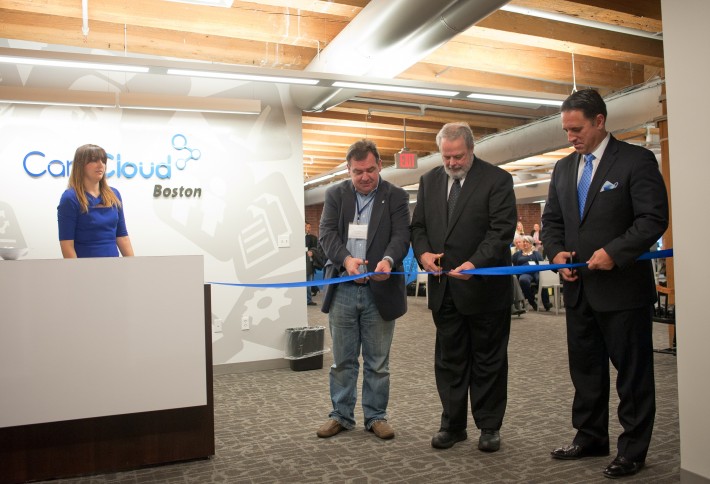 Yesterday, CareCloud received a special welcome into its new 7,000 SF office in Tower Point at A Street, which is at 43 Wormwood St from BRA director Peter Meade(center), who is flanked by CareCloud CTO John Walsh and CEO Albert Santalo.

Downtown Crossing is hip. At 10-24 School St, Hungry Fish Media has occupied 22k SF and Beam Interactive has leased 19k SF. Both are relos from hip-but-pricier Kendall Square in Cambridge.

Just in case you havent heard: Commonwealth Ventures was selected by the Convention Center board to build two mid-priced hotels across the street from the BCEC on land purchased from Intercontinental. The $137M hotel development slated to start construction by year-end is Phase 1 of what is planned as a $2B expansion of the meeting facility.

The CBA recently honored Cushman & Wakefields capital markets group led by Rob Griffin with investment sale of the year for the $615M brokerage of 100 Federal St. Cassidy Turley FHO co-founder Joseph P. Fallon won for broker of the year with about 1.5M SF of leasing including: Ariad Pharmaceuticals 240k SF in Cambridge and SekisuiDiagnostics 100k SF in Framingham and Lexington. 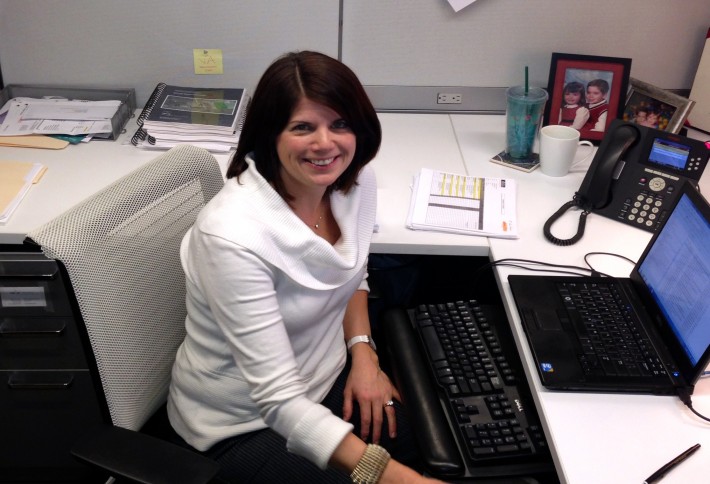 Stacey Yeragotelis-- and colleaguesPaul Kondrat and Sapir Ng-- are newly-appointed Associate Principals at TRO JB. Stacey is PM for an innovative 630k SF IPD project to build a replacement hospital for MaineGeneral Medical Center in Augusta, ME. Paul leads the firms mechanical engineering group, and Sapir is an architect and designer.

We're reading a book about anti-gravity and we just can't put it down! What are you reading these days? Tell all--especially news and story ideas--tosusan@bisnow.com.