In the past few weeks, Normandy Real Estate Partners broke ground on two projects in metro Boston (TDC $300M)--one in Needham, the other in the South End--and is permitting three more totalling 1.1M SF. (How do we get on their Christmas list?) 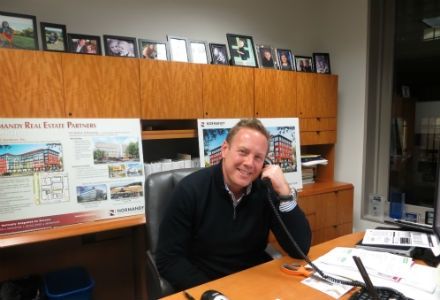 Since '06, principal Justin Krebs (above) has managed the Boston office for NJ-based Normandy, a vertically integrated firm. The Connecticut native first got jazzed about real estate while working with Trump on the redevelopment of 40 Wall St. (If Trump doesn't get you jazzed, positively or negatively, you may not have a pulse.) Justin's challenge is to find the next deal in this competitive market. His advantage: 10-year-old Normandy, which has a $3B portfolio and manages another $1B in equity for institutional clients, has the team and the capital to close quickly, he says. 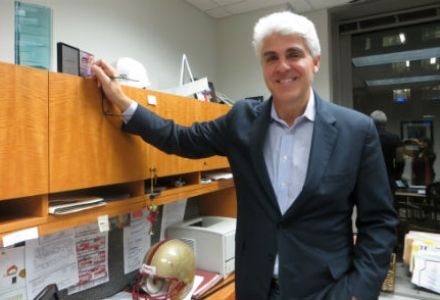 SVP Mark Roopenian, who heads up leasing and helps manage the Boston office, is a Watertown boy. A BC grad, he played pro-ball as a defensive lineman for the Buffalo Bills ('81 to '83). He jumped into real estate as a broker for CBRE. (Fewer head injuries, but maybe more stress?) Later, he joined the Chiofaro Co, stayed 23 years, and became a partner.

Justin and Mark teamed up in '09 during the John Hancock deal. Mark was with then-owner Broadway Partners, which had purchased the 1.8M SF tower for $1.3B three years earlier. Justin and the Normandy team were buying its debt. Soon, Normandy acquired the JHT, renovated, added parking and signed Bain Capital to a 270k SF lease. By late '10, Boston Properties agreed to acquire New England's tallest tower for $930M. Normandy executed their three- to five-year business plan in 18 months, scoring a $180M profit for its investors and leaving the Back Bay tower in responsible hands. Justin was elated but a little sad to part with that icon. 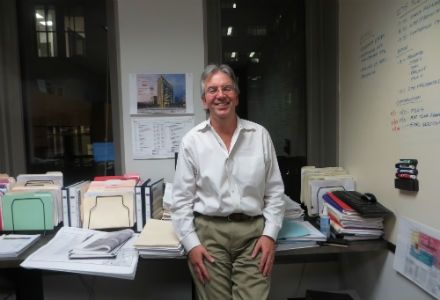 Consultant Kevin Daly is managing the construction that started last month: Center 128, an 827k SF mixed-use complex in Needham that includes a build-to-suit HQ for TripAdvisor and 275 Albany St, 372 apartments in the South End in partnership with Gerding Edlen. Normandy purchased the site in '06, when that part of the South End still hadn't been "discovered" but was in the "path of progress." In permitting are: the 600k SF Riverside Station in Newton, a 150k SF expansion and renovation for offices in Framingham, and 350k SF of office, retail and apartments in Cambridge's Central Square with Twining Properties.