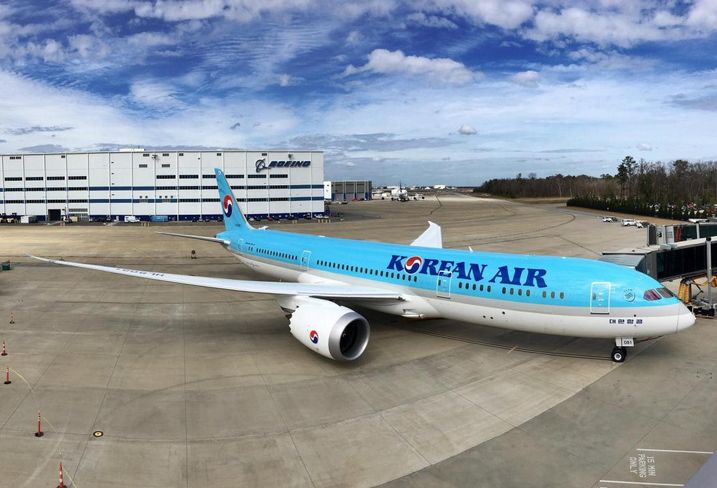 Flickr/airbus777
Korean Air announced Sunday it will begin flights between Boston and its hub in Seoul.

Boston’s campaign to land more international flights is paying off in the local real estate market.

Seoul will become the 10th Asian destination served from Boston’s Logan International Airport when flights begin in 2019. The Korean Air flight will be the latest in a decade of growth that has seen cities across the globe — like São Paulo, Shanghai and Tel Aviv — added to the arrivals board at the airport. Boston’s real estate community is reaping the benefits.

“For us in Boston, it enhances commercial business transactions. There’s also a lot of capital flowing from Asia into the U.S.,” JLL Managing Director Frank Petz said. “Boston has a large number of asset management firms, and it will certainly help those folks attract people to their funds.”

The U.S. economy’s stability is attractive to foreign investors, and Petz said a growing number of international flights makes it easier to underwrite transactions and makes the acquisition process more efficient for foreign investors. Logan offered flights to 26 international destinations in 2006, and the number will soar past 50 when Seoul service takes off in April. That also helps local real estate investment firms like AEW Capital Management and Rockpoint Group.

“It allows them to have better, quicker access to capital,” Petz said. “Transactions do still require face-to-face meetings.”

International investment in Boston-area real estate has been increasingly prevalent during this time of international route expansion, with $6.7B of acquisitions in 31 transactions involving a foreign buyer since 2010, according to Perry data. Twenty-four percent of the value of these transactions, or $1.6B, involves investors whose operations are served by one of the new routes.

Deutsche Bank’s purchase of Goodwin’s 100 Northern Ave. office building in the Seaport, Israeli fund Alony Hetz's purchase of Hubspot’s Cambridge headquarters and Japan-based Mori Trust’s acquisition of 10 St. James Ave. and 75 Arlington St. in Back Bay totaled $1.3B in value. Foreign buyers accounted for 41% of total investment in the Boston market for the first half of 2017.

The wave of new flights is also being used to woo business. Boston’s bid for Amazon HQ2 touts the airport’s growth as well as its convenience to the urban core as a key selling point for the Seattle-based company's second headquarters. Logan is 15 minutes from downtown Boston and five minutes from the city-preferred HQ2 site at Suffolk Downs.

While Boston has typically been a U.S. gateway city to Europe, its growth of Asian destinations puts it in an elite group of cities seen as leading contenders to win over Amazon. With service to Seoul, along with already-announced Chengdu, Boston will become one of six cities in the United States with direct air service to at least 10 Asian and 10 European cities.