The impact of the coronavirus pandemic on affordable housing in Boston is uncertain, but it is clear that going into the massive public health crisis, the region already had an affordable housing crisis. There has been a chronic lack of supply for years, and the boom time of the 2010s didn't make conditions any better, as rents and sale prices ballooned faster than income. 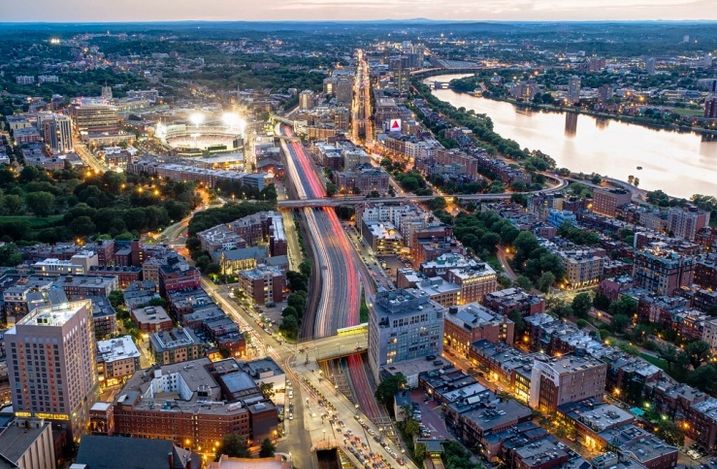 "My phone is ringing off the hook from people who can't afford their housing," Edwards said. "Many people are close to the margin, and the crisis has only made it worse."

The city had been making some progress on affordable housing, Edwards said, including developing units, but even without the health crisis, it has been a tough slog.

"As people lose their jobs, and lose their incomes, the crisis will just deepen," Beacon Communities CEO Dara Kovel said, stressing that the last month or so is only the beginning. Her company specializes in acquiring and preserving affordable housing properties.

"Now our solutions are at risk," Edwards said. "We're not going to build more units for quite a while. All our resources are going to be tapped, and they won't be enough."

In the immediate future, funds for two major affordable housing projects in her district will be impacted by COVID-19, Edwards said: 160 acres of open land in Suffolk Downs on which 10,000 units could be built and a redevelopment in Charlestown of a 1940s-vintage property.

The crisis is beginning to put the squeeze on landlords as well. As people start to lose income, whether they pay rent will be an increasingly tough question, as will how landlords will pay their mortgages and other expenses, Kovel said.

The CARES Act is good as far as it goes, the speakers agreed — but it doesn't go very far.

Edwards said that the relief under the CARES Act left out some of the most vulnerable people, especially undocumented workers.

"There is a key population we're not reaching, and which the government has intentionally decided to exclude," she said. "A huge population of Boston and the country are folks who work every day, and pay taxes in one way or another. This relief is to their utter exclusion. I think that's cruel."

"Efforts by the federal and state governments should help, but it will be a long time before we know how much, or how it is going to filter through the system," Kovel said. "Specifically, Fannie and Freddie have structured for forbearance, but that's not the whole market." 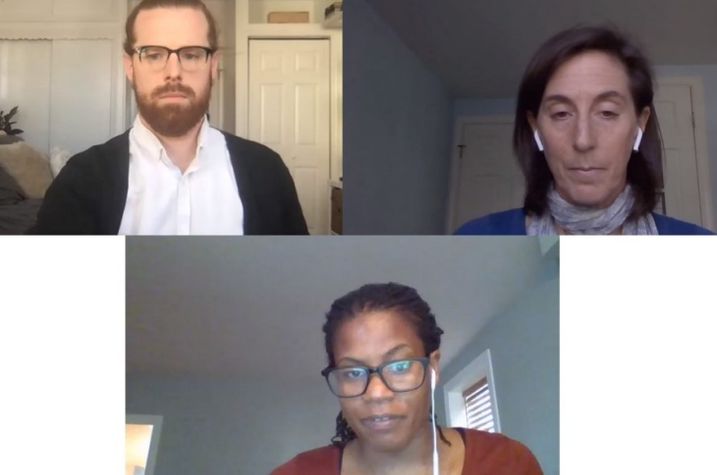 "This has been an incredibly frightening time," Kovel said, noting that her company has 18,000 units in its portfolio, with about 3,000 in Boston.

"Many of our apartments serve very vulnerable populations, the elderly or disabled," Kovel said. "Over the first weeks of the crisis, we've been discouraging gatherings, and now people are isolated, and we're helping them get groceries and medicine, what they need to get through."

Kovel and Edwards stressed that dealing with the heightened affordable housing crisis in Boston, or anywhere, needs to be a coordinated effort by government at all levels, as well as nonprofits.

"We have long way to go, but I am surprised at how far we've come already," Kovel said. "For example, we're learning how to expedite the certification of tenant income without in-person meetings. There's nothing like a crisis to teach you to get to the next level."

In the months ahead, the need for support on the rental assistance side will be tremendous, Kovel said, depending on how long the economy will be down, and the squeeze will be on to find funding sources.

Edwards said the state's failure so far to pass a real estate transfer fee was a missed opportunity.

"It would have raised $100M a year, based on the way our market was going," she said. "It could have been stockpiling a lot of money."

Otherwise, governments have to consider raising taxes, though it will be an unpopular move, Edwards said. Small landlords, those who own seven units or fewer, are the vast majority of property holders in Boston and Edwards said they need to be the focus of relief efforts as well.

"There should be strings attracted," Edwards said. "I say that as a small landlord myself. If we give relief to landlords, that has to be passed along to tenants. Landlords who receive help shouldn't evict their tenants, or raise the rent, and should commit to a long-term payment plans, interest-free."

"It's the foundation of everything else," Edwards said. "We've seen the impact of bad housing policy for years. We haven't dedicated enough to housing for generations. How do we do the entire system differently?"