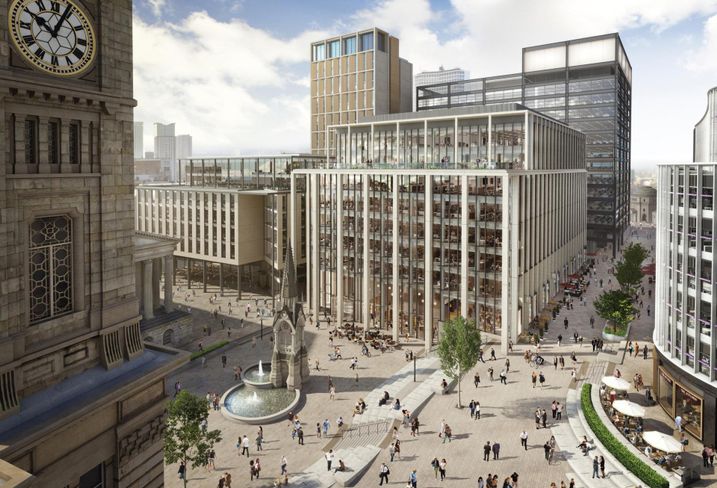 DLA Piper is to take 40K SF at Hermes Investment Management’s 360K SF Two Chamberlain Square, in a move which could signal the reawakening of the city office market after a summer Brexit lull.

The 15-year lease will see it move the short distance from their existing base at Victoria Square House in 2020.

DLA joins PwC, which has already signed up for the entire 172K SF One Chamberlain Square, and will help establish Hermes Investment Management's £700M Paradise scheme as the go-to location for Birmingham professionals.

The deal comes after a thin Q3 for the Birmingham office market, saved only by a surprise 111K SF letting to the government. The total, including the government deal, reached only 161K SF according to data from KWB.

The 111K SF letting at Evenacre/LaSalle Investment Management's Platform 21, New Street, will provide a hub for 1,700 civil servants from different organisations, including Public Health England and The Consumer Council.

It follows a string of public sector deals which have helped keep the Birmingham city office market looking lively during the Brexit uncertainty. These include the Q3 2017 239K SF letting to HMRC at Arena Central, and three deals in 2018 totalling 75K SF.

With the exception of the public sector, and now DLA, larger and midsized occupiers appear to be sitting on their hands, KWB said.

“The office market has seen occupiers negotiating rolling contracts with their existing landlords, once their agreed lease term ends," the KWB report said. "This enables businesses to bridge the gap between lease end and the desired property becoming available. In this case, however, this decision relates to ‘the B word’.

"We believe the uncertainty that continues to surround Brexit, rather than the act of leaving the EU, is what has businesses pressing pause. Once Britain has either left the EU or there is more clarity on the direction the country is to take, companies will resume decision making.”

The DLA deal raises the hope that decision-makers are not prepared to wait much longer.

Argent is developmernt manager at the Paradise scheme. Avison Young acted for DLA Piper and CBRE advised the developers.