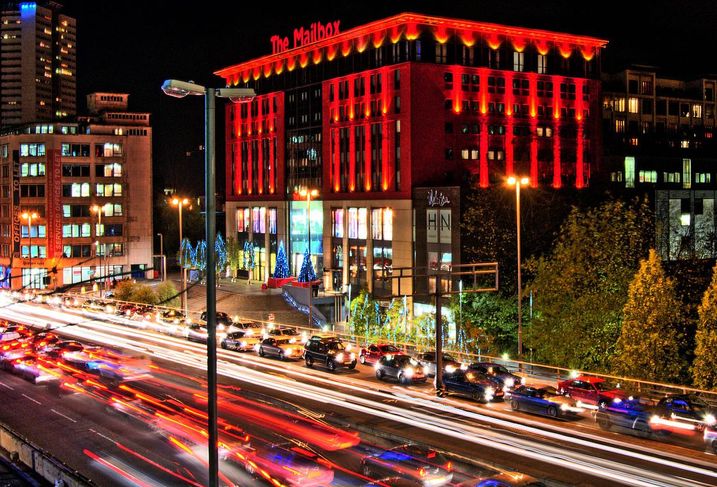 The new owner of Birmingham's 690K SF Mailbox has slashed retail floorspace, and will replace it with offices, as it seeks to give the mixed-use scheme new momentum.

A report on the Mailbox's retail element drawn up for M7 by Avison Young offers little hope for the Mailbox as a retail destination in its own right, despite the award-winning rethink and 85K SF of extra retail floorspace implemented by previous owners Brockton Capital and Milligan. The wonder is that retail, in its original form, survived so long.

M7, which acquired the Mailbox from Brockton Capital and Milligan in December 2019 for a reported £190M (off a reported £235M asking price), plans to replace retail with up to 50K SF of new office space configured for either one or three tenants. The effort to find upmarket retailers to sit next to Harvey Nichols will be abandoned and instead M7 will look for grab-and-go food offers.

The Avison Young report paints a bleak picture of retail at the Mailbox, which opened in 2000. The Brockton remodelling completed in 2016.

“Despite … the efforts made by the previous owners, the Mailbox has struggled to establish itself as a retail destination in its own right,” the report said, adding that some units created in 2016 have never been let “despite comprehensive marketing and efforts”.

Total retail floorspace was 36K SF on level one and 90K SF on level two including the 45K SF Harvey Nichols store. At its best, in 2019, the vacancy rate was 21%. Since then premium retailers have abandoned the centre including Authentic, Flint & Flint, ILite, Swarovski, LK Bennett, Tom’s Kitchen and Daniel Footwear.

“It has been increasingly difficult to re-let these spaces on financially acceptable terms,” the report noted.

The list of problems includes not being large enough to become a luxury retail destination in its own right, competition from the redeveloped Grand Central shopping centre, upmarket retailers preferring the lower-risk route of a concession in Selfridges and the shops selling goods too expensive for office workers or the building's residents.

Today the vacancy rate is 37%, but as high as 50% on level two around Harvey Nichols, with “the vast majority of the tenants on level one, in particular, on short-term concessionary rates which are heavily subsidised by the landlord”.

M7 plans to consolidate the retail offer on level two around Harvey Nichols with retail space "rationalised and better aligned with the demand arising from other building users (e.g. office workers and residents)" which means grab-and-go food outlets, premium food and drink, and health and beauty clinics. Level one will be for either a single 50K SF office occupier or divided into three suites.

Office occupiers already in place include the BBC and WSP.

The local authority has approved the planned changes.