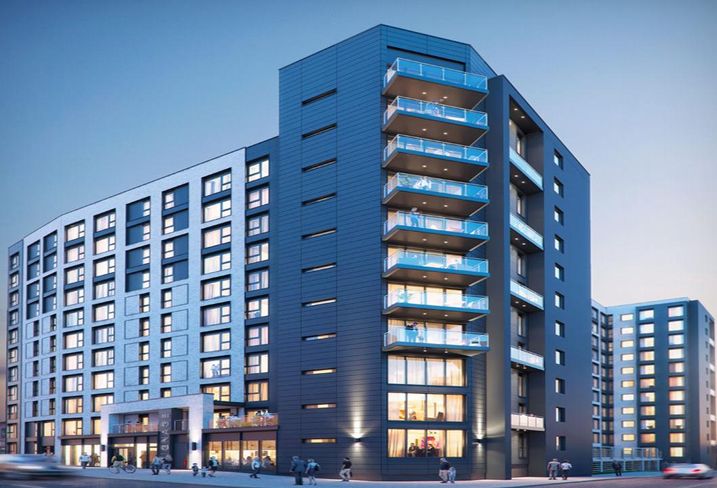 Around 1,900 new units are under construction in the Birmingham build-to-rent residential sector, according to data from CBRE.

The development pipeline, representing investment of £320M, comes as investor interest in the U.K. BTR sector reaches a new peak.

Total capital committed last year hit £2.4B, representing a 33% year-on-year increase, the first time the total has breached the £2B barrier. CBRE said Birmingham is claiming a growing share of what could soon be a £10B market.

Birmingham secured £81M worth of investment during the quarter, with Grainger’s acquisition and forward funding of 156 purpose-built homes at Gilder’s Yard in the Jewellery Quarter and L&G’s funding of Spitfire Bespoke Homes’ 220-apartment Newhall Square scheme further boosting the city’s build-to-rent stock.

Earlier this year, Birmingham’s first purpose-built private rental sector scheme was topped out. The £50M Forum at Pershore Street, next to the former wholesale markets site in the Smithfield district, is being developed by Rockspring Property Investment Managers.

Much of the growth is funded by U.S. investors who are already familiar with BTR which is similar to the multifamily housing model of North America. U.S. and Canadian investment accounted for 41% of investment in U.K. BTR in 2017.

Another £1.4B of U.K. BTR deals are under offer, CBRE said. If the BTR sector grows at the current rate, CBRE predicts that annual investment in the U.K. build-to-rent sector could breach £10B within five years.