Can UK Real Estate Make Money From Esports And Digital Gaming? These Brokers Think It Can.

The real estate sector is playing a game. Like anyone thumbing through Candy Crush or engrossed in Call of Duty, it has to reach the next level. The target is to make money out of the booming esports and digital entertainment sector.

But how do you turn a global entertainment phenomenon into brick-and-mortar, rents and yields. Bisnow spoke to a team who think UK real estate can find a way to make gaming pay. 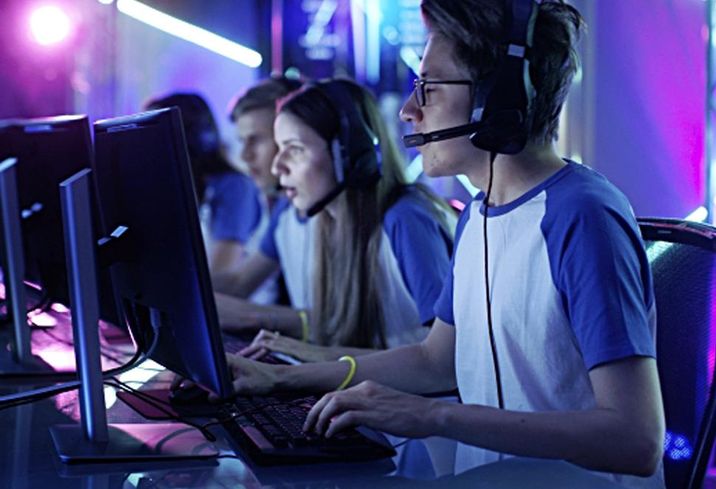 It’s hard to get an accurate fix on the numbers, but it is a safe bet that there is a lot of gaming going on.

Driven by super-popular games like Fortnite, which is said to have 250 million registered users, esports participations appear to be rising rapidly. Five years ago there were an estimated 1.5 billion gamers on the planet. Today that number is 2.5 billion, Wired reports, and with 4.7 billion mobile devices in circulation, the best guess is that the regular game-playing population will grow even further.

Gaming’s cheerleaders point to benefits such as enhanced self-esteem, dexterity and alertness. And it is an increasingly social business as gamers share their excitement and their wins. But the base beneath this vast entertainment super-structure is the cold hard business of making money.

A team at Savills is figuring out how property can claim its share. Savills Director of Global Occupier Trends Nicky Wightman said gaming is the latest front in the battle of experiential real estate.

“It is part of a broader conversation about destinations, and it’s super exciting,” she said.

The current theory inside the Savills team is that for digital gaming and esports to convert into reliable rental income developers need to create a gaming ecosystem. They then use that ecosystem as a lever in the placemaking process.

“The question is, what would a relevant ecosystem look like?” Wightman said. “Gaming could pervade all forms of real estate, from residential to retail and leisure. There will be an educational component, and there is blending with music and fashion, but how does it all come together? And how does it transition into property?”

Esports development today revolves around fairly large-scale opportunities, and Wightman is keen to stress that exactly what works in any location will depend on (surprise, surprise) the location.

“We’re seeing a huge amount of interest from people in the property business trying to understand this space, much of it new and untested, and to know what means for them," she said. "We’re working with estate owners, yes, but it is hugely relevant ... particularly in the retail sector, because there is a powerful demographic attached to digital gaming and esports.”

Put that another way: Of the 2.5 billion people who play esports, most of them are young with high disposable income.

“There’s a cultural significance here, but we’re still at the early stages of the bricks-and-mortar stage," Wightman said. "Everyone sees that it’s a very interesting sector, but how does it translate?”

The place to look for the UK’s first gaming-related development could be the high street and hotels.

Retail, often the first to sniff out something new, is already exploring the potential to use gaming to help out fashion sales. Burberry has toyed with online gaming, along with a more sociable version on a large screen at its Regent Street store. The experiment is yoked to promoting its new puffer jacket.

Meanwhile, 1970s games giant Atari is pivoting toward esports-themed hotels, starting in the U.S. The first outlet is in Phoenix with seven more to follow including Las Vegas, Seattle and Chicago. 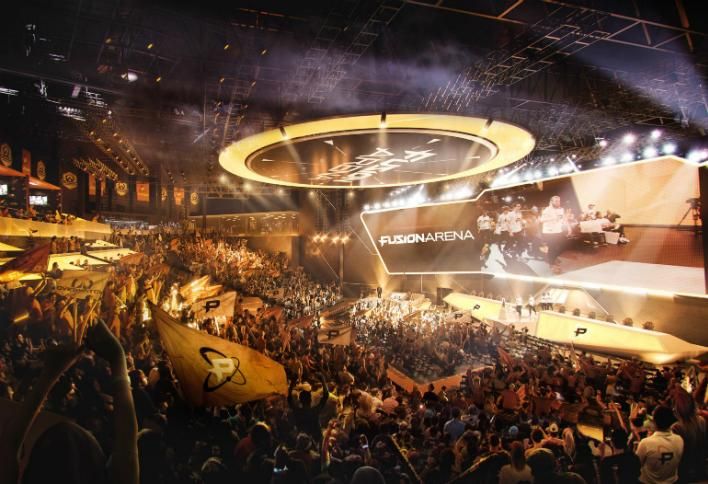 If you want to experience the next generation of esports venues in the UK, send yourself to Coventry.

Wanyoo, the biggest name in Chinese esports, opened its first regional outlet in the Midlands city in October. It followed a few months after Wanyoo's first London venue.

The operations are simple: coffee and teas, pastries, good WiFi and places to recharge your phone. But this venue comes with a gaming league with modest-but-useful prize money, gaming memorabilia on the walls, a 120-inch projector for esports tournaments and a bank of PCs. Beyond the front of house facilities are two so-called "battle rooms" for team participants in gaming tournaments.

Wanyoo joins a handful of other operators, including Platform, the Finsbury-based venue that claims to be London’s first esports and video games diner, as part of a small but growing list of esports food and beverage operators. Play a game, cheer a team, have a pizza: This is the new mantra in digital real estate, Savills Leisure Director David Bell said.

“For now, it's London-centric, but we are seeing pop-up venues in the regional cities and we will see more. It depends if landlords are prepared to take the leap of faith,” Bell said. “The challenge is that this is an immature market. Unlike the U.S. or Asia, where you have purpose-built esports arenas, this is still small scale. We’re talking 4K-5K SF with perhaps some raised seating where you can watch the players.”

Bell says developers are talking about esports arenas, but nothing has happened yet. In the U.S., such venues can easily total 30K SF, often more.

“The hurdle for UK real estate is that landlords have to buy into the vision of the esports’ operators management team, because this kind of thing can probably only work at this stage as a profit share,” Bell said. "So far the UK has seen one-off esports events, but it is a different business to say what longer-term revenue you could attach to it."

All we know for sure is that Wanyoo’s Coventry outlet seems to be working well for them, after a careful examination of the local demographic. 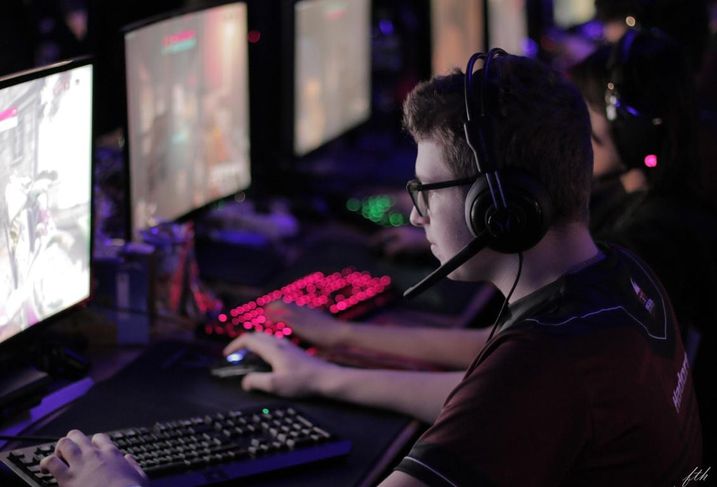 How far are developers and landlords prepared to go? Can esports and digital gaming come to the rescue of the large shopping centre landlords now busily trying to manage debt and reinvent their offer?

Hammerson has taken one of the most radical approaches to the high street retail crisis by transforming itself into a multipurpose area regeneration business. Its City Quarters strategy, to be trialled on the 7.5-acre Martineau Galleries site in Birmingham where 1,300 homes and 1.4M SF of workspace are planned, might be the place to dip a toe into digital entertainment, if that were their plan.

“[Digital entertainment and esports] won’t be one for Hammerson’s City Quarters specifically. This is a mixed-use regeneration scheme so will naturally include some leisure/cultural use/event space,” a Hammerson spokesperson told Bisnow. “However, themes around gaming esports and digital entertainment would be more relevant to the group’s leasing strategies at this point.”

Hammerson’s teams are already talking to operators about potential collaborations.

It may be that schemes like Lendlease’s £1.5B redevelopment of Birmingham’s Smithfield site, already slated for a family destinations with a strong leisure and cultural offer, or the Nikal scheme for a media and cultural-industry anchored film studio in Birmingham's Digbeth district, could provide the first outings for large scale esports.

“The question is: What will work best?" Savills' Wightman said. "Because in some contexts, ‘no’ is the right answer."