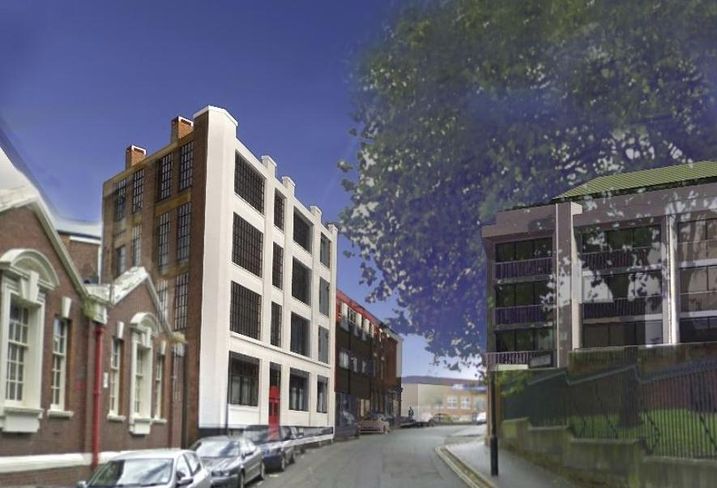 As Birmingham awaits news of the new 25-acre film and TV production studio complex tipped for Digbeth, where contracts are due to be signed any day, a smaller studio plan has stepped forward for the Jewellery Quarter.

Post_hoc Developments, which specialises in creative sector projects, has submitted a planning application to Birmingham City Council to transform a long-derelict site at Key Hill, Great Hampton Street, into a 100K SF creative hub of a kind more normally seen in Digbeth.

Central to the development is The Lampworks, a film and creative studio set up by Jewellery Quarter-based Post_hoc and Birmingham Film Festival’s Kevin McDonagh, after they acquired a former factory and two adjoining Victorian houses in Key Hill Drive.

They launched the studio in June 2019 and it has already played host to filmmakers, photographers and videomakers, as well as dance companies, musicians and television production companies, some of whom have travelled from Yorkshire and London to use the space.

The development will include space for film, photography, digital, music and jewellery studios and workspaces, as well as shops with apartments above and 18 townhouses.

The Lampworks will have three fully equipped studios for hire, with the former factory space being split into a 700 SF green screen studio with an infinity wall and a 1.4K SF "shiny floor" TV-style studio.

The plans for Key Hill Studios include the refurbishment of the Grade II-listed Harry Smith Building on the corner of Key Hill and Hockley Hill — one of the oldest buildings in the Jewellery Quarter, dating back to 1824 — and the Grade II-listed Gem Buildings, also on Key Hill, which were built in 1913.