5 Key Takeaways For Property From The Birmingham Economic Review 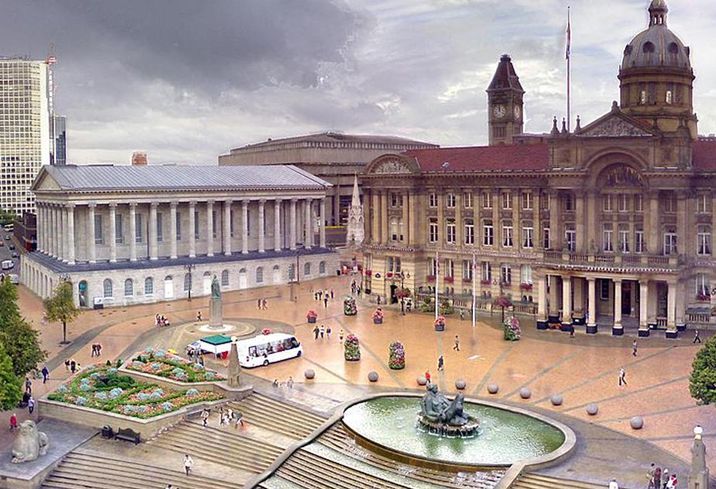 Parrot of Doom/Wikimedia Commons
The Heart of Birmingham: Victoria Square

The Birmingham Economic Review 2018 has just been published. This weighty document, produced by the University of Birmingham’s City-REDI and the Greater Birmingham Chambers of Commerce, sets out the strengths and weaknesses that will determine how the city survives the turbulence of Brexit, late cycle and HS2.

The full report is available here and a brief executive summary can be found here. Here are the five big takeaways for property.

1. Science, Digital And Tech Is The Future

According to the national U.K. Innovation Survey (2017) the West Midlands are well above average on science, tech and digital, coming fourth out of nine English regions and ahead of all three of the devolved nations, with over half of the region's firms seen as ‘innovation active’. The region also has a healthy share of jobs in ‘science and technology’ sectors, compared to the others. The sector amounts to around 360,000 employees, or about 20% of all jobs.

In Birmingham, advanced technologies and artificial intelligence are already creating significant employment, growth and investment opportunities. In 2017 the city’s digital sector is estimated to have totalled 36,802 digital jobs, contributing £1.4B to the city's gross value add.

The city has seen a significant expansion in professional, scientific and technical services since 2010. This sector has experienced the fastest growth in comparison to the other top-10 sectors at 51.6% since 2010.

The business startup rate is good, and whilst the business survival rate is a little below the national trend, the business death rate is low, suggesting that if a Birmingham business makes it through the early stages it has an unusually good chance of survival, a tribute to the city's business environment.

The raw data shows 17,473 new businesses were registered in Birmingham, the largest number of startups outside London in 2016, when the figures were released. The business birth rate for Birmingham has almost doubled since 2014 and is now 8.16 enterprise births per 1,000 of the population, making it the U.K.'s No. 3 and well above the national average (6.31). A total of 39% of new businesses started in Birmingham in 2011 were still trading in 2016, compared to 44.1% nationally.

The business, professional and financial services sector is twice the size of the manufacturing and engineering sector in the West Midlands conurbation and accounts for 28.2% of GVA and 20.3% of jobs. The report says that employment in the sector is set to grow by 31%, and the sector’s contribution to GVA is expected to double by 2030.

Foreign direct investment is making a real impact on the city's economy, largely by reinforcing the trend toward business, professional, financial and scientific sectors. Roughly one in four of the jobs created from FDI go to this sector (26%) followed by automotive (20%).

5. But Skills Are Still A Massive Drag-Anchor

Economic inactivity (people who are not seeking work) is a particular problem. At 30.6%, Birmingham had a much higher proportion of economically inactive residents in 2017 compared to the national figure of 21.6%. The figures are not quite as bad as they seem because over a third (39.6%) of the economically inactive are students. Even so this is not good news.