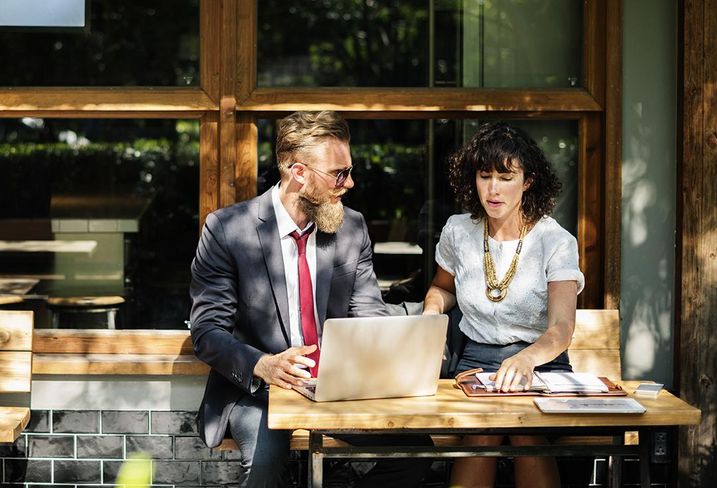 Baltimore State of the Market attendees will have a networking ace up their sleeves come March 29: all their meetings will have been scheduled in advance.

BisnowMatch, a collaboration between Bisnow and event networking platform Brella, takes the guesswork out of finding meaningful industry connections by allowing attendees to break the ice pre-event and book face-to-face meetings. Rather than waste time speaking to people who do not complement a companies’ interests or offerings, BisnowMatch lets users match with fellow eventgoers based on what they are seeking and offering at the event.

The platform, which Bisnow will pilot at this month’s Baltimore State of the Market, streamlines what has long been time-consuming for eventgoers. For commercial real estate professionals, BisnowMatch brings efficiency and clarity to meeting new business partners in an industry built on relationships.

Brella launched in 2016 as part of the 1871 tech accelerator community. Since its founding, the startup has generated 300,000 one-on-one meetings. TechCrunch recently used the platform to facilitate networking during Disrupt San Francisco 2017, where it hosted 485 startups over the course of three days.

Upon event registration, attendees are emailed a link to set up their Brella profiles. After filling out their information, including what they are seeking and offering, users can view a list of potential matches ranked by order of relevance. An owner or developer, for example, can indicate that they are seeking to reach lenders. Like an online dating app, attendees can pick and choose who best fits their interests and business goals.

Once attendees find their matches, a scheduling box appears, listing event activities and the blocks of time during which the attendee would be free to meet. What would take days, guesswork and spur-of-the-moment interaction can now be planned in hours.

Brella makes it easy to accept and decline meeting requests, schedule a time, reschedule and reserve a meeting space.

The features of the app ensure that participants will increase the efficiency of their meetings and find more meaningful connections, rather than wait to forge those connections on the day of the event.

The Bisnow-Brella collaboration is a first step in exploring how networking platforms improve the process of networking and leave event attendees with tangible leads and stronger relationships. In the fast-paced, dealmaking commercial real estate world, time and efficiency are critical.