3D Printed Shoes And Whiskey: A Look Inside Under Armour's City Garage

A former bus depot in South Baltimore is where Under Armour houses its new 35k SF high-tech manufacturing and design center and Kevin Plank’s Sagamore Spirit bottles 83 proof rye whiskey. Here’s a peek inside City Garage, the first phase of Under Armour’s massive plan to transform the city’s industrial waterfront. 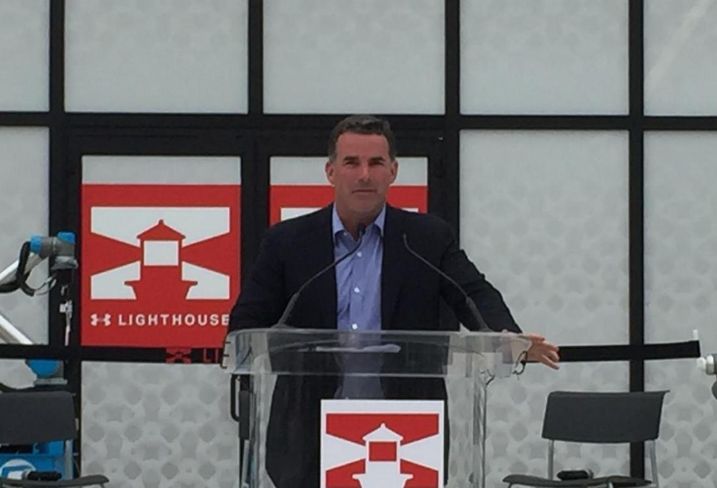 “It take upwards of 140 different people to make one pair of shoes," Under Armour CEO Kevin Plank said at the press conference. "We look at that and say, ‘There must be a better way.’”

Under Armour is collaborating with nearly two dozen equipment makers, including the University of Maryland engineering department, Dow Chemical and Siemens, to create pilot lines and prototypes for athletic gear. 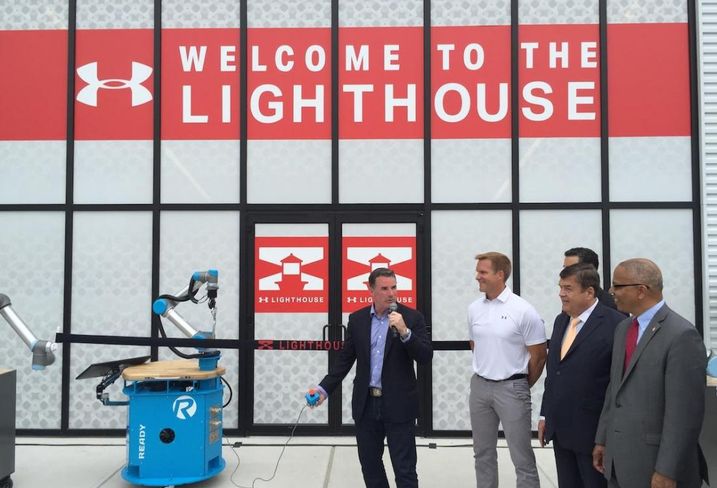 By making clothes closer to where they are sold, the company expects to cut down on the normal 18-month apparel manufacturing supply chain, from concept to delivery.

“We’re making product right here on a local-for-local basis,” Kevin says. “In our industry, we make that shirt and shoe the same way we did 100 years ago. We find that frankly to be insulting.” 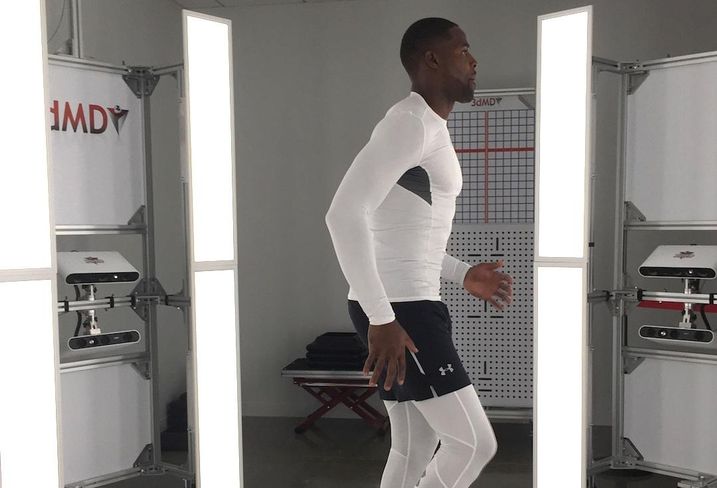 Former Baltimore Ravens receiver, and Plank's fellow UMD alumnus, Torrey Smith took to the stage to tout the innovation center as a DJ played Flo Rida’s My House. He later stepped into the 3D body scanner, made by 3dMD, that supports mass customization. It maps an athlete’s body, allowing Under Armour to design clothes unique to the sport and an athlete’s measurements. 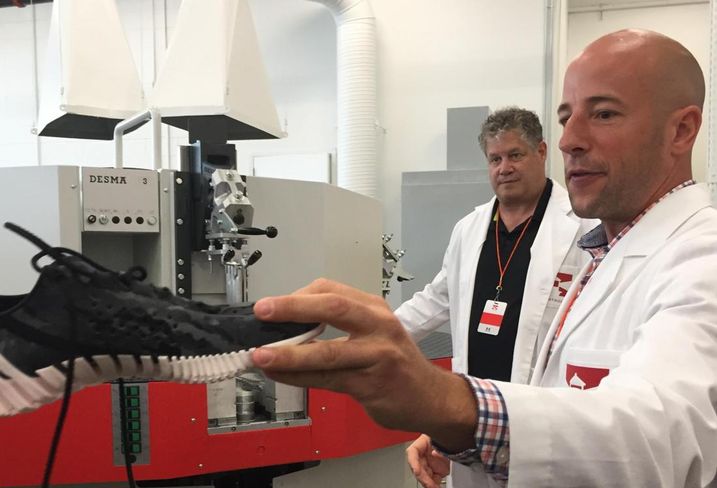 One of the advances Under Armour has made at the Lighthouse is cutting down on the number of pieces required to make a running shoe. Lighthouse director Adam Bayer (right) and senior director of footwear and innovation Doug Clark say the SpeedForm running shoe requires 14 pieces, cutting down the industry average of 55 by two-thirds. 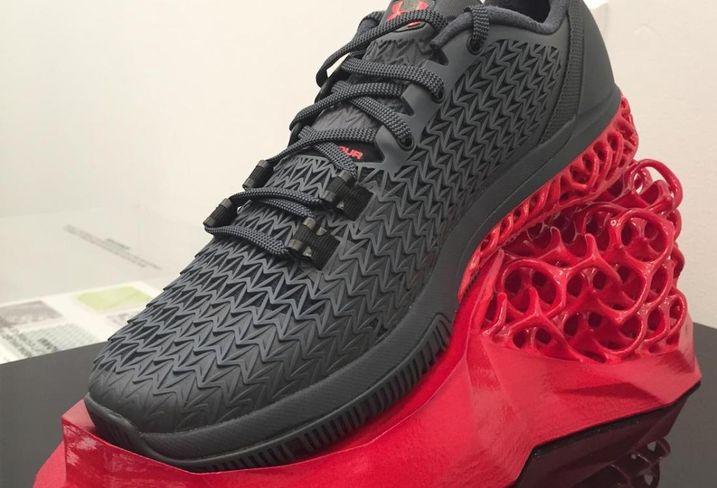 Under Armour also showed off equipment that makes Architech, the first athletic shoe with a 3D-printed midsole. The $300 shoe debuted in March and sold out in 19 minutes, Bloomberg reports.

City Garage is also home to Sagamore Ventures’ The Foundery, a makerspace where budding entrepreneurs and innovators can pay a monthly membership fee to gain access to its tools. Sagamore Ventures is the investment arm of Kevin Plank’s Plank Industries. 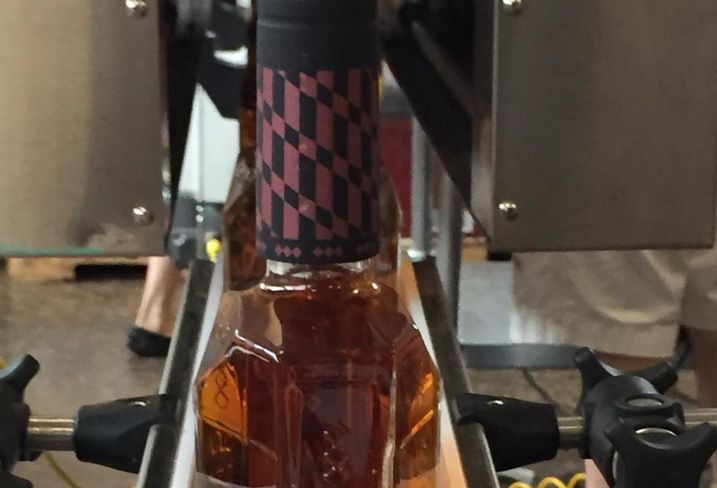 And on the other end of City Garage, Sagamore Spirit is producing 1,500 bottles a day of straight rye whiskey, says Sagamore Spirit president Brian Treacy. The long-term goal is to double that after production moves to Sagamore Spirit Distillery, which is under construction about half a mile away.

In addition to a 22k SF distillery, the site will house a 27k SF processing center when it opens at the end of the year. Sagamore Spirits expects it will welcome 100,000 visitors annually. 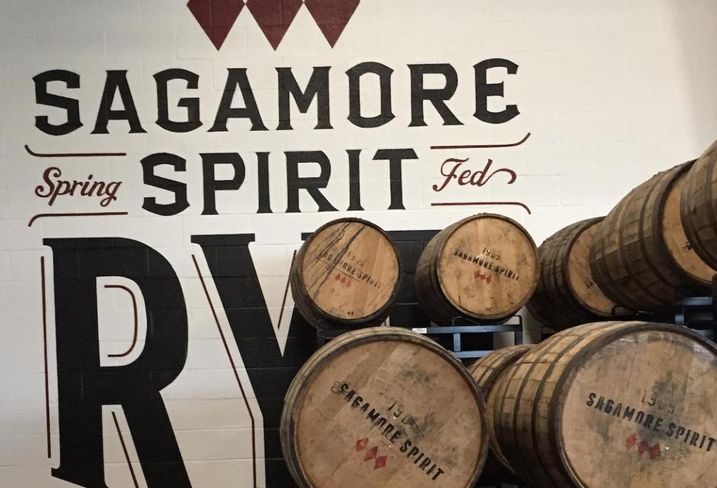 The rye whiskey is available at 1,000 restaurants and stores in Maryland, DC and Delaware, but will eventually be sold nationally and worldwide, Brian says. Aged in the barrel for four years, the rye is made with spring-fed water at Kevin Plank’s Sagamore Farm. The farm is built on limestone, which naturally purifies the water, Brian says.