6 Things You Must Remember in Restaurant and Retail Deals

As more Millennials shop online and the competition among restaurants intensifies, developers are being selective in choosing tenants through placemaking. Bisnow’s Baltimore Retail and Restaurant Revival highlighted this trend, and panelists offered these six tips on how to effectively curate retail and restaurant deals. 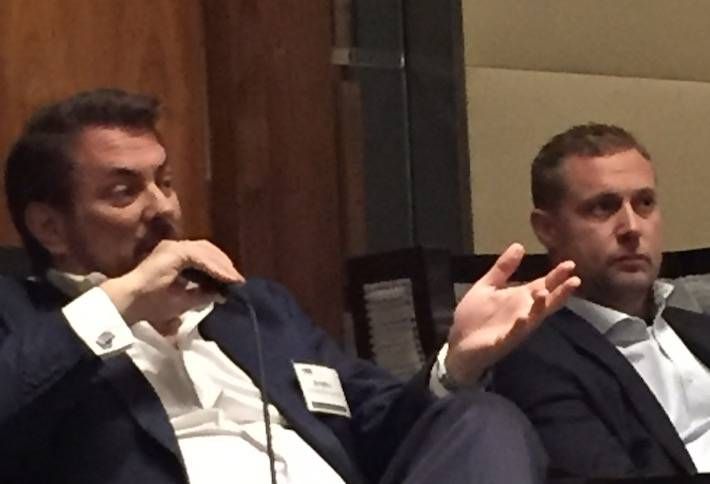 Sometimes a restaurant owner isn’t immediately sold on a location, says Big Steaks Management COO Jim Mitich. But if the developer has a strong vision and can sell it, then the restaurant owner may get on board.

“We always had a relationship with the developer. If the relationship wasn’t as good, we didn’t do the deal,” says Jim (left). Big Steaks is opening its next Ruth’s Chris Steak House at the Village at Odenton next May, a project where the landlord was very aggressive in courting the restaurant. 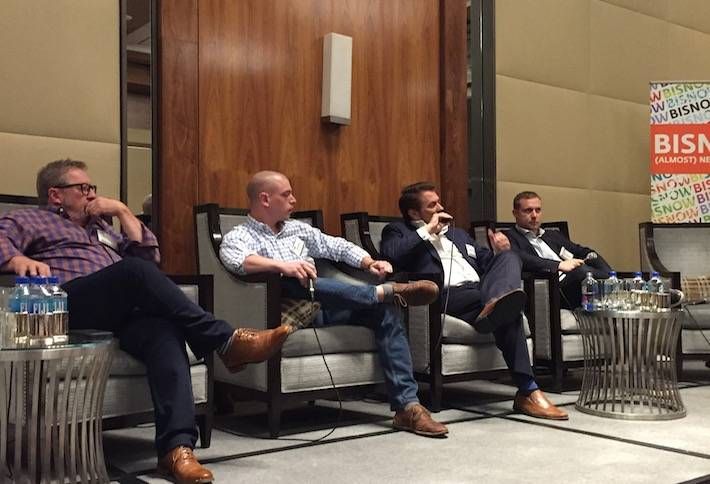 Restaurant owners might take a chance in an emerging neighborhood because it’s a good fit for the business. “Volt was one of the greater deals we’ve done in the downtown area of Frederick,” says restaurateur Bryan Voltaggio. “Revenue took off in a way that keeps occupancy costs low.” His eight restaurants include two in downtown Baltimore, Family Meal and Aggio. He’s pictured on the far right. On the far left is Robbin Haas, owner of Birroteca, Encantada and Nickel Tap House. Next to him is CEO and executive chef of the Bagby Restaurant Group Chris Becker. 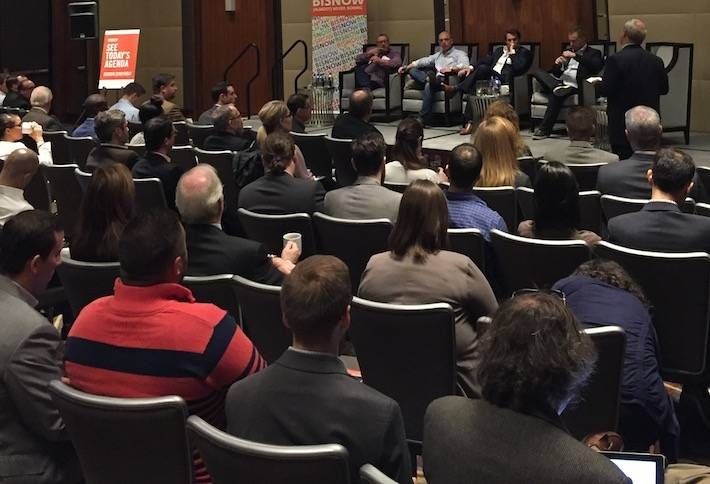 But if you’re taking a risk as a restaurant owner, you need to protect yourself. That could mean everything from asking for a short-term lease to tenant improvements, and lower occupancy costs. Pictured, our crowd of 125. 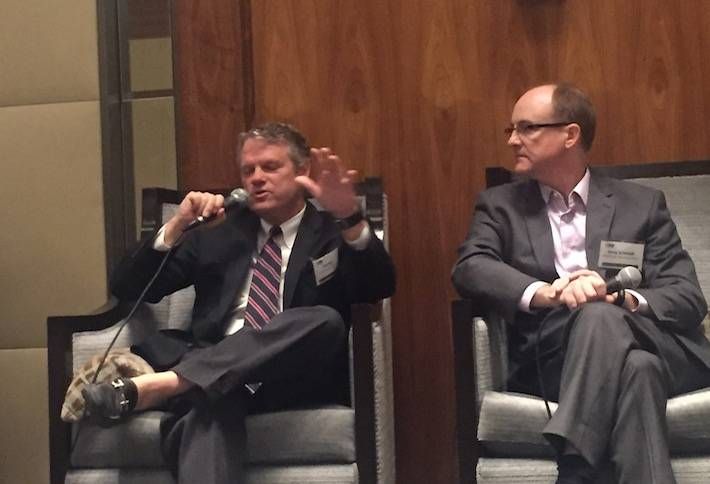 It helps to have your demographic in mind, says Chris Bell, SVP of Hekemian & Co (left). “You can’t go for whoever is out there. Curated retail is super-important.”

Hekemian is redeveloping The Rotunda shopping mall and apartment complex, to be anchored by a MOM’s Organic Market. The shops will also include a Pet Valu, Massage Envy, and salon and day spa Bella Beach. While the Rotunda will attract young professionals, empty nesters and college students, Hekemian had a young mom in mind when selecting much of the retail and services. 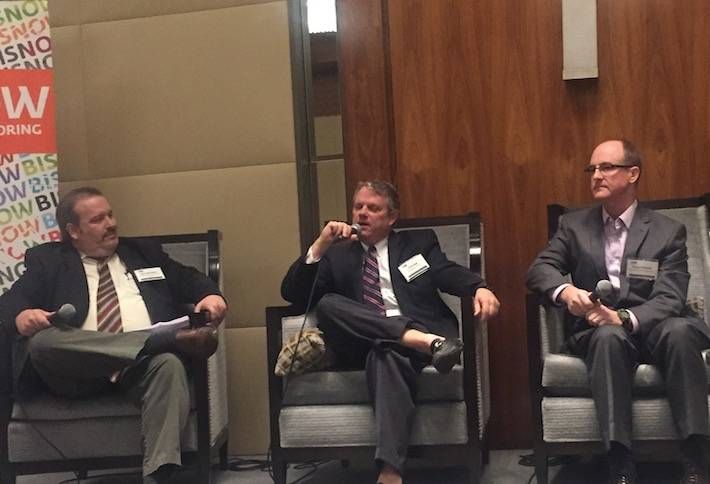 Projects now need to have more outdoor spaces and amenities geared toward families as more Millennials stay in the city, even after they start pushing baby strollers. That’s why WorkShop Development pursued BJ’s Wholesale for Canton. It might not be the most glamorous lease, but it's where city dwellers can get their baby formula and diapers, says WorkShop principal Doug Schmidt.

There was a time when “the only people you’d see on Boston Street early morning were the hungover ones. It’s a big change demographically,” says Doug (right). On the left is moderator Drew Romanic, principal of the Martin Architectural Group. 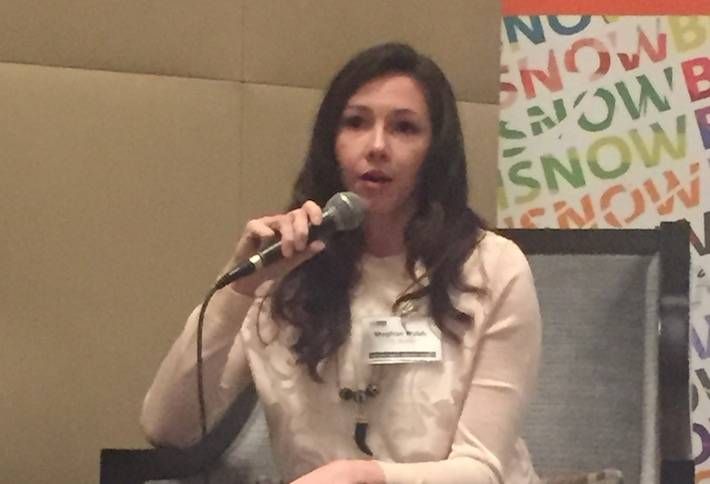 As more Millennials ditch their cars, they’ll be walking to shops and restaurants. That why there's a lot more emphasis on landscaping and sidewalks, Doug says. “They’re not just driving into the garage entrance.”

Whether it’s offering outdoor spaces, parking, or a rooftop yoga studio, amenities will make your project stand out. “We have an obligation to create community amenity retail that’s going to have a lasting impact on the neighborhood,” says Meghan Walsh, founder of boutique retail consultancy City Slicker. 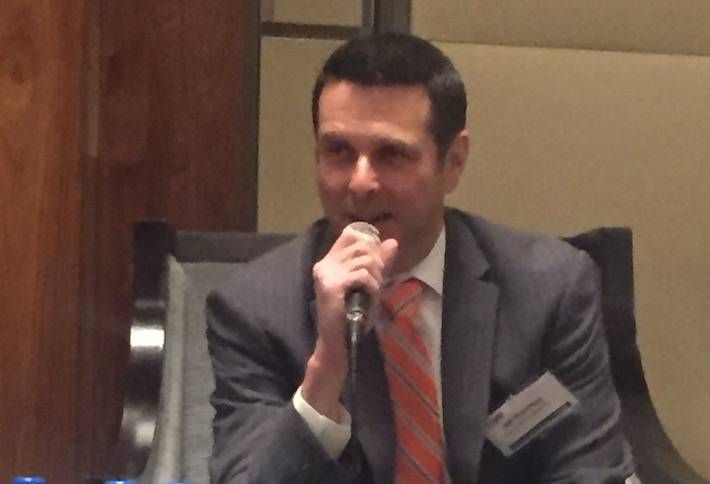 As more Millennials shop online, more developers are relying on restaurants instead of a store to anchor a center, says St. John Properties VP Bill Holzman says. “There’s nothing like a good restaurant to keep people coming.”