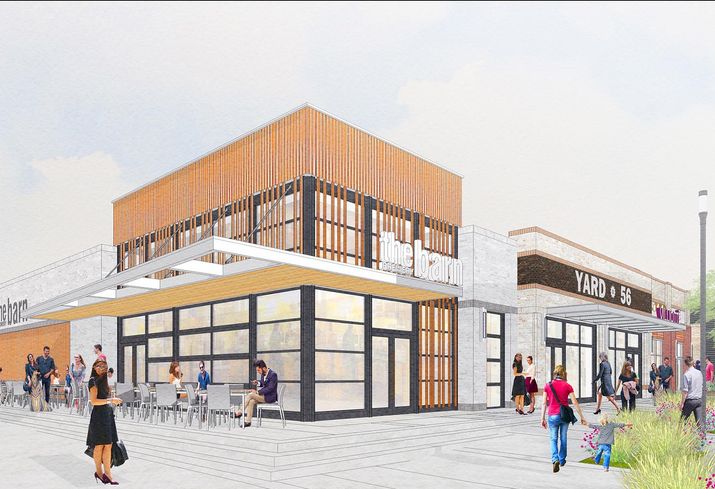 Even though their regulations won't be finalized until the government shutdown is over, opportunity zones are already spurring investment in Baltimore.

A subsidiary of Prudential Financial called Prudential Financial Impact Investments has announced its intent to invest in the first phase of MCB Real Estate's Yard 56 development in the Greektown neighborhood of East Baltimore, the Baltimore Business Journal reports. The first phase will be a single-story, 106K SF shopping center, estimated to deliver in the third quarter.

In early January, the company announced it had reached 80% lease-up on its first phase with the signings of Chipotle, Panda Express and Brass Tap Craft Beer Bar, along with day spa Top Coat. Previously, it had announced leases to regional grocery store chain Streets Markets Cafe and an LA Fitness branch. Segall Group has identified itself as a leasing agent for the property, though it was not mentioned in the latest release.

The size of Prudential's investment in Yard 56 was not disclosed, but it is tabbed specifically for the first phase of the project, which is estimated to cost $77M, according to the BBJ. MCB Managing Partner David Bramble told the BBJ that Prudential is providing "crucial capital [and] expertise [with] catalytic urban redevelopment."

Yard 56 sits on the former site of the first Pemco International factory, which the Baltimore-founded company abandoned when it moved its headquarters to Alabama in 2006. MCB spent months razing the site and performing environmental remediation, according to the BBJ. The project is also utilizing new market tax credits for the development, which will replace what a Prudential executive called "a sign of urban decay," the BBJ reports.