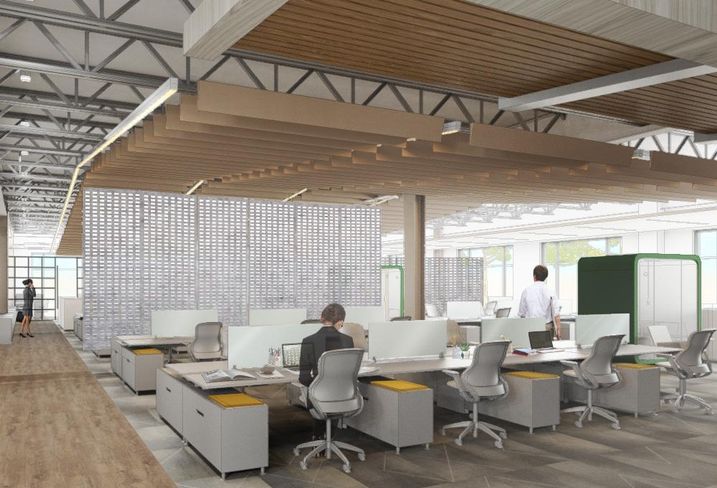 After 25 years in Baltimore County's Windsor Mill, MOI is moving back to the city where it was founded.

The office design and furniture supplier will open its 13,284 SF headquarters in McHenry Row in January. It will also be occupying 33K SF of warehouse space in Elkridge, replacing the attached warehouse component of its previous suburban digs.

The majority of the new space will be an "interactive showroom" where MOI's architect and designer customers can see and work with manufacturer products before purchasing. The human relations and accounting departments will have separate offices, but everything else will be out in the open, according to MOI Marketing Director Amanda Heptinstall.

MOI intends to use the framework of the space itself as a workshop for what it is calling "fully integrated pre-fabricated construction." Using FOX Architects as designer and Do It Right This Time as the supplier of materials, the company built its whole space out of interchangeable parts, all the way to the floor, wall and ceiling tiles. Even below those are electrical systems set up to have outlets in any part of the space, not just where they are first installed.

“These products are able to move; we can pop out tiles and switch them out, and all of the elements are integrated with technology in the walls," Heptinstall told Bisnow. "So as our needs change, we can redo the office.”

The customizable space will be utilized in large part to provide several different visualizations for designers and architects. MOI wants to encourage those professionals to engage with it early in the process so the furnishings can be fully integrated with the design. 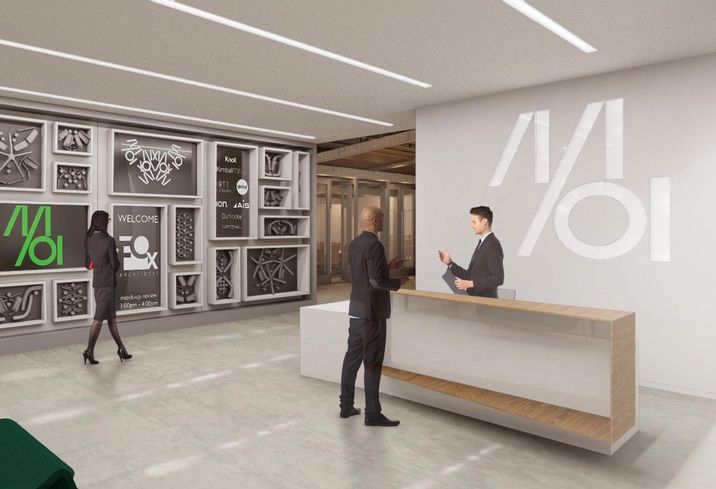 If a firm only considers furniture well into the build-out of an office, "it causes some conflict about what can be used in the space," Heptinstall said. Products will not be sold on the showroom floor, making it more of a public-facing office space than retail.

MOI will be bringing 60 employees to McHenry Row, adding another office tenant to the diverse array of commercial, retail and multifamily elements in Locust Point. MOI chose the location for the opportunity to work with new construction and for the commuting convenience of its employees, Heptinstall said.

Though it is not a retail space, MOI still intends to use its public-facing elements to engage with its clients and the fabric of the surrounding development. An outdoor patio is included with the lease, and MOI plans on hosting multiple events, workshops and the like for the design community.