Towson is a well-positioned suburb of Baltimore, with commuter access to the city and a healthy student population, but developers are frustrated with the area's inability to capitalize. 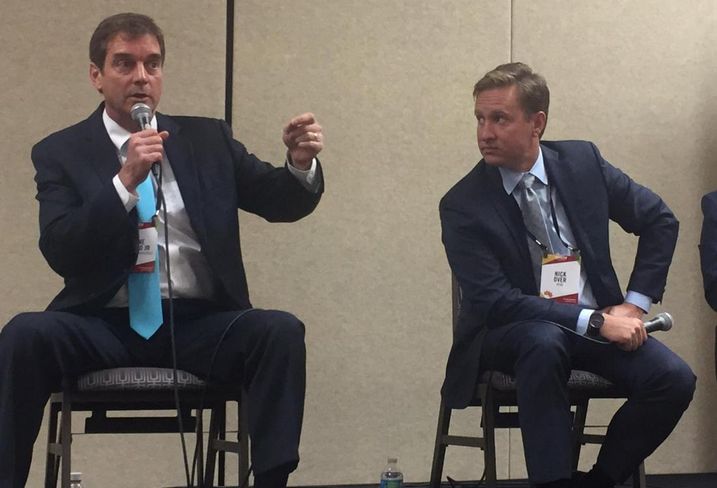 “Towson’s got a lot of great aspects and great businesses coming in,” Mid-Atlantic Properties President Wayne Gioioso said. "The Greater Towson Council has [cultivated] a great business community, with people looking to invest and more tenants come in. The one thing we’re missing — and if we can get this right, it’ll be kindling for the fire about to be set — is political leadership.”

From 1966 until 2016, the area’s zoning code had severe restrictions on height, floor-to-area ratio, setbacks and the like. But as part of a quadrennial zoning review, a new plan, the Downtown Towson Overlay, removed those restrictions and put a heavy emphasis on building design to fit the area.

Even before that, investors and developers looking for an area with good fundamentals surrounding a major city had been coming into Towson over the past five years.

“The reason Towson never took off until this point is because the wrong people owned the real estate,” Gioioso said. “Towson’s been owned by people who didn’t care about Towson, aside from Nottingham Properties, who sold their portfolio.”

As a result, properties were mismanaged or left to rot, he said, but the tide is rising -- exemplified by RPAI’s planned redevelopment of what was once Towson Circle, or as speakers at the Future of Baltimore County event last week put it, “the pit under the bridge” by Towson Square shopping center. What was once an indoor mall with no viable tenants, save a Trader Joe’s, will become an outward-facing shopping center connected to its retail neighbors.

“We want to create a Bethesda Row-type atmosphere,” RPAI Director of Development Nick Over said.

The multifamily portion will be a 371-unit, Class-A structure with a roof deck and a pool sitting on top, to bring in the type of resident who would most desire a heavily amenitized living experience — and a walkable shopping and dining district is as good an amenity as you can have in the suburbs.

“Trying to create a [retail-based] streetscape was a proposition that we’d love to have apartments on top of,” AvalonBay Development Director David Bookhout said. “That’s really the way multifamily is going.” 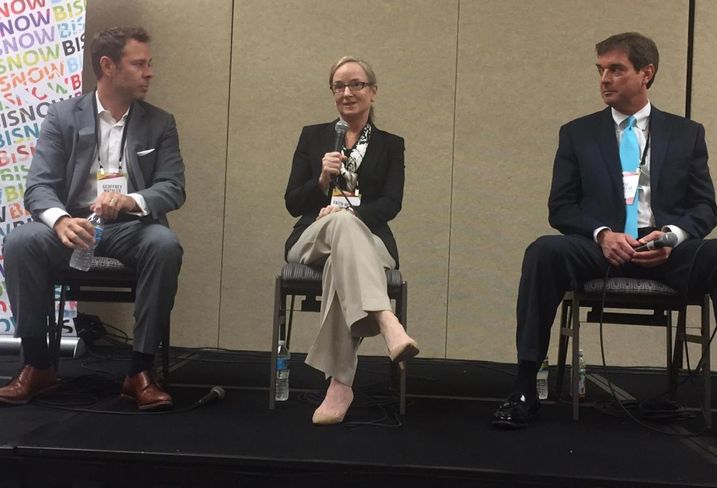 There seemed to be little doubt in the room about the viability of Circle East. Retail’s success is virtually always dependent on the tenant mix one can bring in, but H&R Retail Principal David Mackler, a self-described “retail geek,” was brimming in confidence it could be done.

“From a retail perspective, Towson is as good as it gets,” Mackler said. “It checks all the boxes with [road and interstate] access, growing universities, one of the premier malls in the area, a new movie theater and a dense, wealthy, highly-educated residential base to the south.”

As soon as the discussion turned to the potential for student housing for Towson University, the optimism in the room quickly gave way to discontent. A proposed student development on a desolate patch of York Road, 101 York, has still not broken ground due to vehement community opposition.

“It doesn’t make economic sense,” Marks Thomas Principal Faith Nevins, who designed the project, said. “We kept on presenting to the community, and the community would ask for more and more parking, so we’d have to add more residential units to make it viable. It’s still appropriate for the site, but the economics no longer work.”

The same community members who stand against 101 York also have complained endlessly about students living in single-family homes in the area, disturbing long-term residents with drunken and disruptive behavior.

“The people complaining about the building are hypocrites, because 101 York would be taking the students out of the community and putting them into a professionally managed building,” Gioioso said. “That strip of York Road is horrendous, and if they want to build a beautiful building, what are you complaining about?”

Gioioso and others placed the blame squarely on local government for not standing up to the loud NIMBY opposition and providing leadership. Mackler cited the controversy over an incoming Royal Farms on land the town sold as an example.

“For a group to come out and say that a Royal Farms gas station doesn’t fit the rest of the community is insane,” Mackler said. “Across the street, you have another gas station, a car garage, a prison and a massage parlor. We want better things already.”

Although everyone on the panel is certain that Towson will continue to see robust growth, Gioioso was among those frustrated that progress has been so slow.

“The political leadership has no creative thought, and they’re not bringing people together,” Gioioso said. “They need to be open-minded and debate, so where’s the debate?”