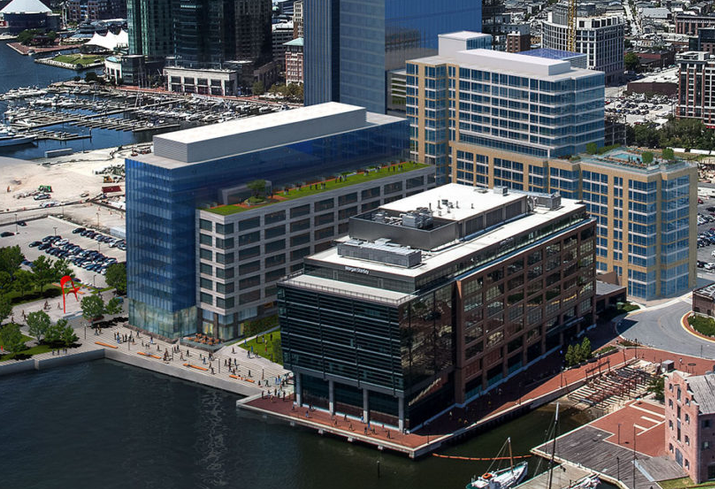 Wills Wharf, a 12-story, 330K SF tower containing office space, ground-floor retail and a 156-room hotel on top, broke ground in early June, the Baltimore Business Journal reports. The first elements of construction are a protective cap above the remnants of a chromium plant on-site and preparations for pylons to anchor the building.

In October 2016, Bisnow toured the 27-acre Harbor Point project being developed by Beatty Development Group, which estimated groundbreaking on Wills Wharf for the first quarter of 2017 at the time. Despite the delay, Beatty has yet to secure an anchor tenant for Wills Wharf's office portion, but it told the BBJ that it is in negotiations with several major office users. JLL is overseeing office leasing for all of Harbor Point.

In the four floors atop the building will be a Canopy by Hilton hotel, which will also include a terrace atop the side portion of the building. The four-lane bridge connecting Harbor Point to Central Avenue, delayed like Wills Wharf, is expected to be complete later this year.

The most recent completion at Harbor Point was 1405 Point, the 289-unit apartment building that opened in March. As the 27 acres, one-third of which is slated for green space, fill in, they will further stitch together the relatively affluent neighborhoods of Fells Point and Harbor East.