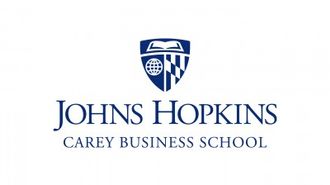 A graduate school is often judged by the quality of its alumni and the ways the school has helped its students down the road to success. In previous articles we’ve explored what makes the Edward St. John Real Estate Program of the Johns Hopkins Carey Business School unique. Now we've set out to get a firsthand perspective of why Carey alumni chose the program and how it helped them reach their current successes. First on the list is The JBG Cos Finance SVP Elizabeth Morrison, a 2011 graduate who joined JBG in 2014.

What attracted Elizabeth to Carey, she says, was not only the convenience of Carey’s campus—allowing her to balance work and school—but also the potential to work with students with similar backgrounds and faculty who were real estate professionals, including Holland & Knight partner Tara Scanlon, who taught a law course, and 1788 Holdings developing managing director (and construction course professor) John Fitzgerald.

“It was great to be taught real estate law by a practicing attorney who was working on live deals in our market,” Elizabeth tells Bisnow. “Similarly, John Fitzgerald had worked at Whiting-Turner and the real estate arm of Goldman Sachs, so having experienced teachers and classes filled with people from all different fields in real estate gave me a good exposure to other sides of the business. My favorite classes were ones that kind of got me out of my comfort zone.”

Elizabeth believes the ability to step outside her comfort zone—as well as the ability to network with people in various aspects of the industry—helped put herself “a few steps ahead” in her career. In fact, she says, these connections helped her realize the opportunities that existed within the real estate industry and served as a road map as she made the transition from real estate lending to working with owners and operators.

“Simply put,” she says, “it was an opportunity to think about real estate from a different perspective and then talk to other people and understand what they really did. It definitely opened my eyes and gave me opportunities that I likely would not have had otherwise.”

The connections and partnerships Elizabeth made during her time at Carey have grown stronger as she and her classmates have grown in their careers. She says there’s an exhilarating feeling when she gets to work alongside her former classmates and is able to make decisions and deals based on the relationships they’ve developed. These connections and the potential to improve the industry made her time at Carey extremely valuable.