Five Reasons To Do Business In Howard County

With major office, residential and retail projects on the way, Howard County is poised to attract millions of investment dollars in the coming years. Speakers at Bisnow's Howard County Boom event Thursday offered five reasons why it is a good place to do business. 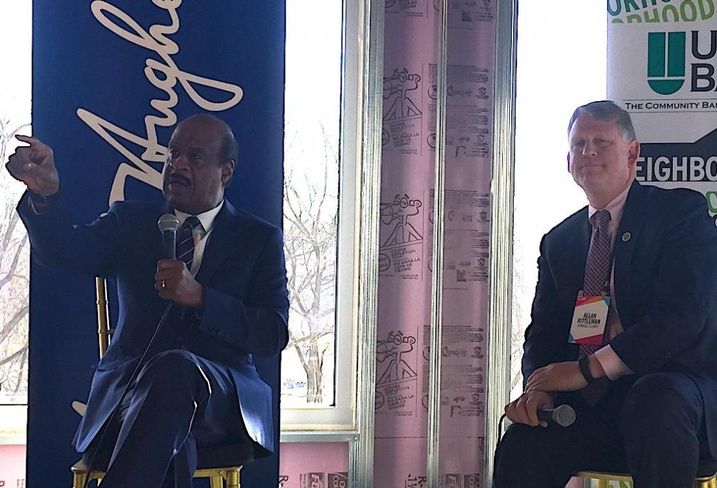 A bus that connects Montgomery and Howard counties will be in place by 2020, Montgomery County Executive Ike Leggett said. With new commercial developments and housing, it is imperative that the county upgrade the transit network and get community input during the process, Leggett said. 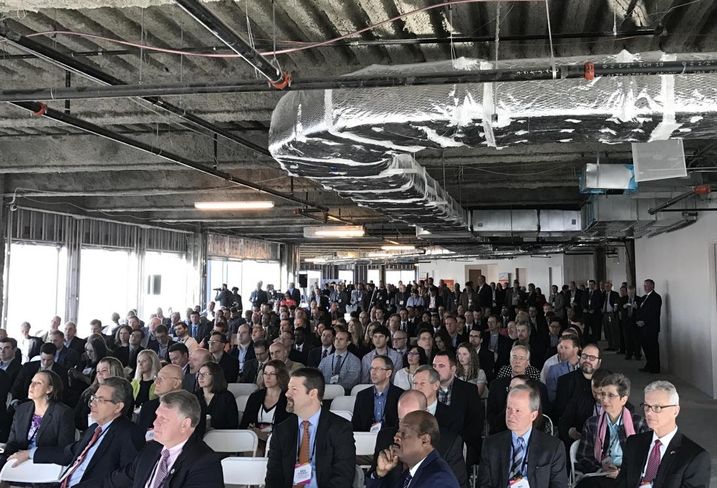 "We have to involve the entire community early and often," Leggett told the crowd of more than 400.

The bus would serve the busy Route 29 corridor and be the first of its kind in Maryland.

In addition to serving commuters, the bus would benefit music lovers who see a show at Merriweather Post Pavilion, Howard County Executive Allan Kittleman said. Merriweather is undergoing massive renovations that are expected to wrap up in 2020. 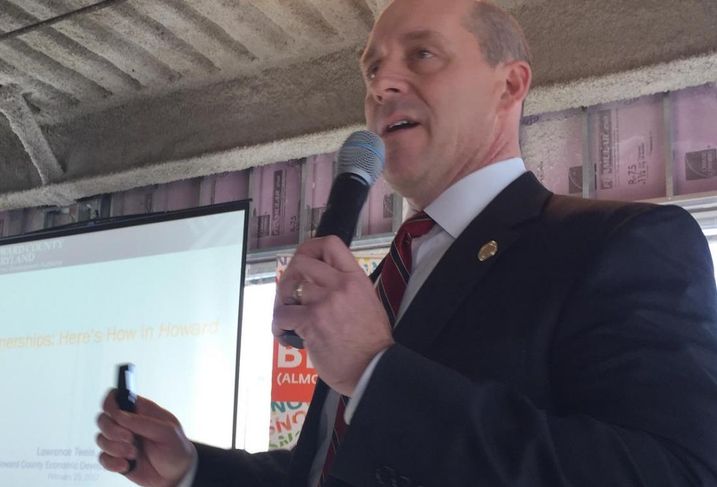 Twele highlighted the county's other small business resources, such as the Maryland Center for Entrepreneurship, which receives 800 visitors per month. 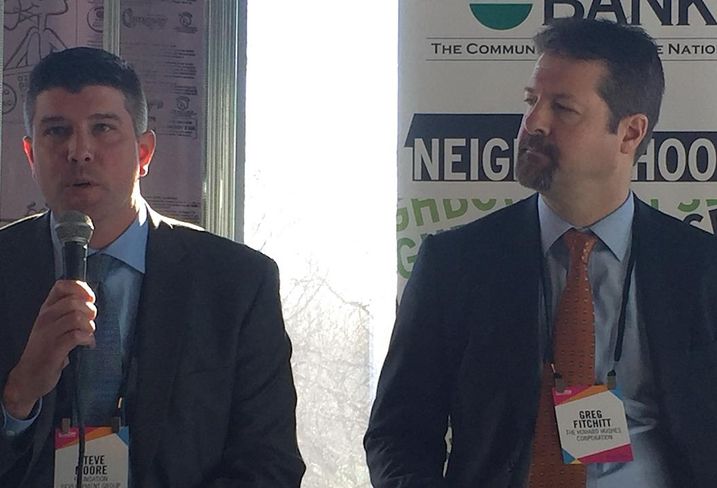 More than just a concert venue, Merriweather Post Pavilion is the anchor of a new live/work/play community. The goal of the Merriweather District is to create a walkable, urban space in downtown Columbia, said Howard Hughes Corp. vice president Greg Fitchitt. Construction on Phase 2 of the Merriweather District will begin later this year and include two office and residential buildings, and a pedestrian-friendly town square that will hold festivals and performances. 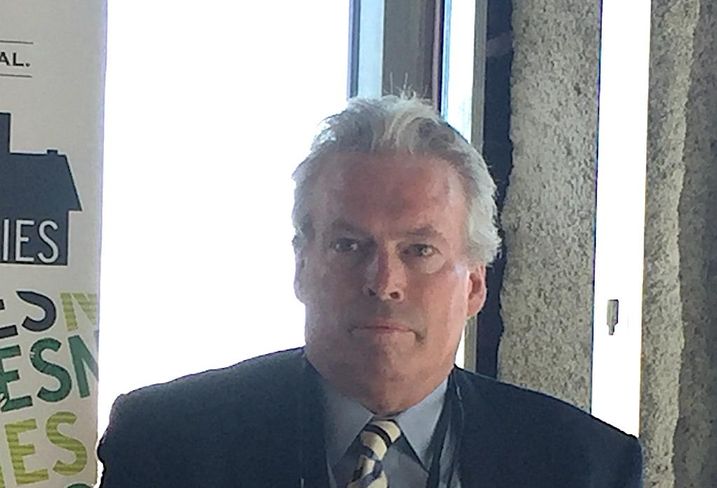 Developers continue to invest in mixed-use projects as suburban towns aim to compete for residents and businesses who want to live near where they work or play.

Atapco Properties president Kevin McAndrews said his company will invest another $80M in Howard Square, a mixed-use development in Elkridge with a LEED Platinum apartment complex called Verde. McAndrews said Atapco will add another 340 apartments and 21k SF of "Main Street-style retail," which will wrap up the project along Route 1.

"We really like the way the plan is coming together," he said, "and we hope to do more stuff on Route 1." 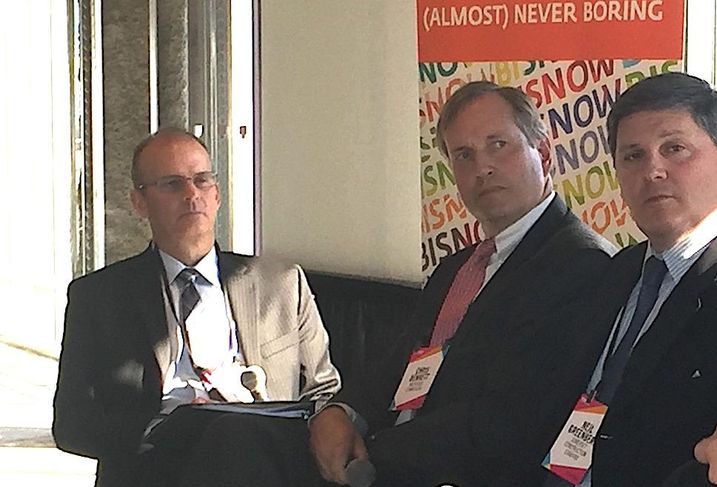 On the Columbia lakefront, Little Patuxent Square will include a Class-A office and retail building developed by Costello Construction. Its first tenant, Optum, will move in next month, leaving the building with 28k SF of office and retail available for lease, MacKenzie Commercial Real Estate Services principal Chris Bennett said.

"The Howard County market has been gravitating toward mixed-use development," said Bennett, who added that it is not just Millennials who want to live close to restaurants. 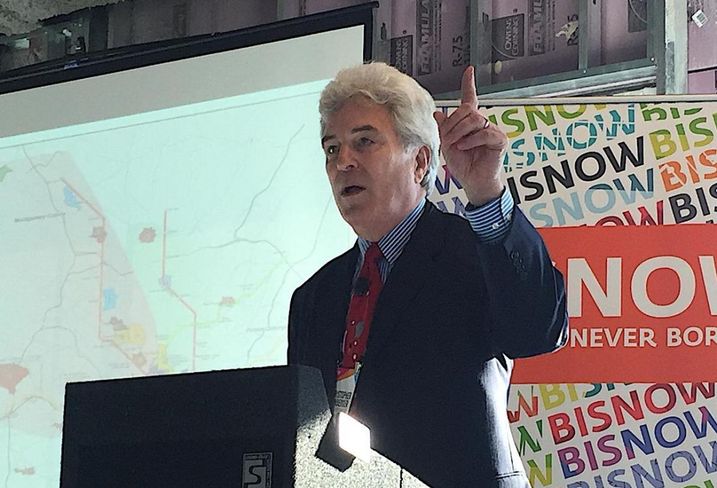 One way to make one's mixed-use development stand out is by building near an existing public transportation center.

Somerset Construction Co. is developing the $200M Annapolis Junction Town Center, with 416 apartments and a 101k SF office building within walking distance of the Savage MARC station. The project will also include 20k SF of retail.

Christopher Leinberger, chair of the center for Real Estate and Urban Analysis at George Washington University, highlighted how public transportation spurs economic development. He cited Oriole Park at Camden Yards, which has its own Light Rail and MARC stops, as an example.

"The goal [of transportation] is not to move people," he said. "The goal is economic development."