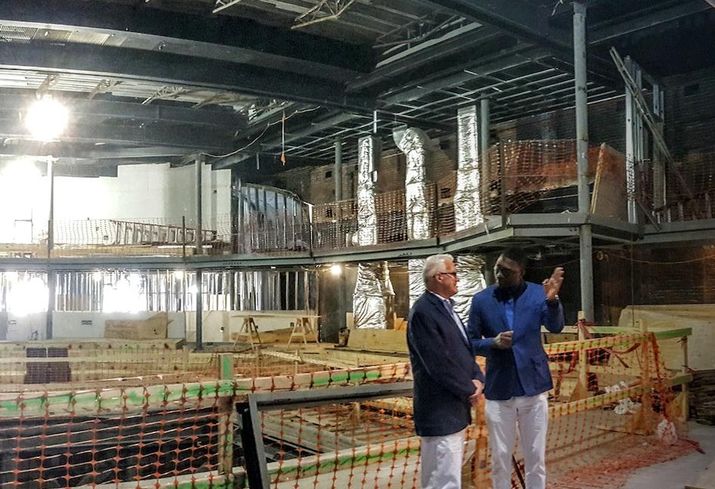 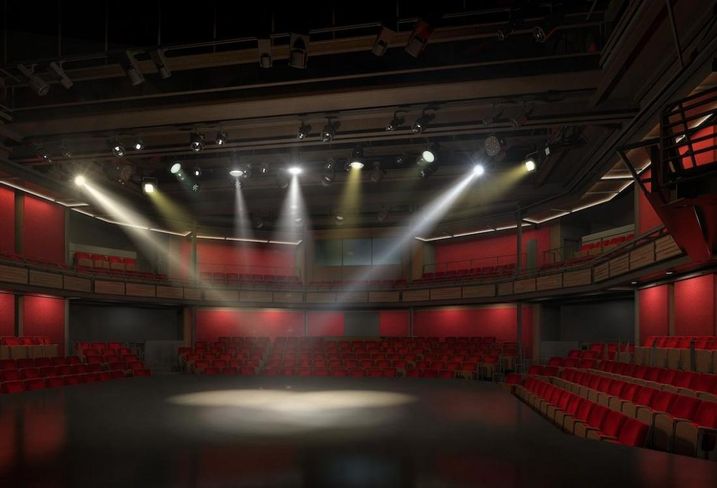 Designed by British theater consultancy Charcoalblue, the second-floor Head Theater (rendering) will offer a flexible space that will allow theater staff to offer five different configurations, ranging from 280 to 440 seats.

“You won't recognize it as The Head theater,” Michael says. "It’s a brand-new theater with permanent risers and permanent seats."

The theater will make its debut Feb. 24 with preview performances of the Chinese fable The White Snake. 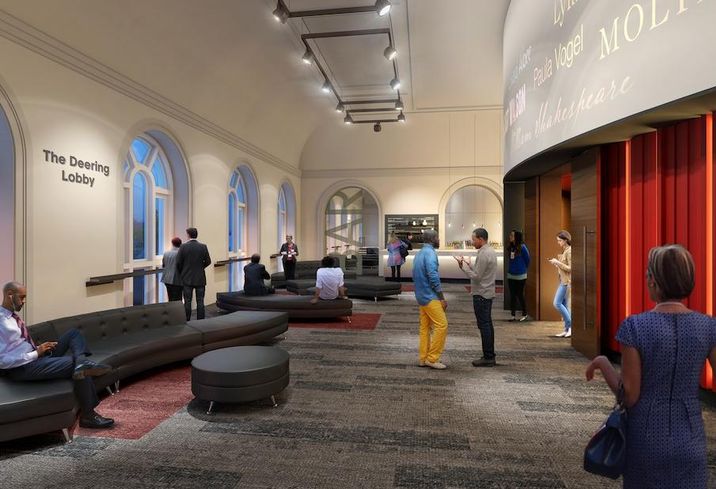 The Head and the 541-seat Pearlstone Theater will offer improved sound and lighting. The first-floor Pearlstone will reopen Nov. 26 with the 18th century tale of love and deception Les Liaisons Dangereuses, while the rest of the building remains under construction.

The new theater will hold more meeting space for rental and areas where patrons can convene before and after the show. Two big new bars on the first floor will feel more like a lounge, with high-top tables and more comfortable seating. The theater is also working out details with a local restaurant operator to offer food service on the second floor, Michael says. 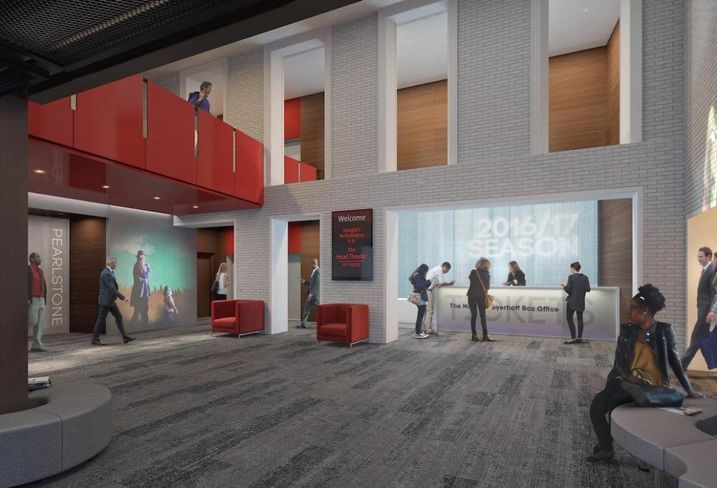 Projections on the wall and digital screens will also re-energize the space. “I think it’ll be dynamic and interesting and more active than you might be used to,” Michael says.

Visitors will see a redesigned entrance, The Peter Culman Plaza, and a two-story atrium and concierge desk, which will replace the glass-walled box office.

“The mezzanine will feel a lot more open.” The new space will look contemporary yet pay homage to the building’s history, Michael says. 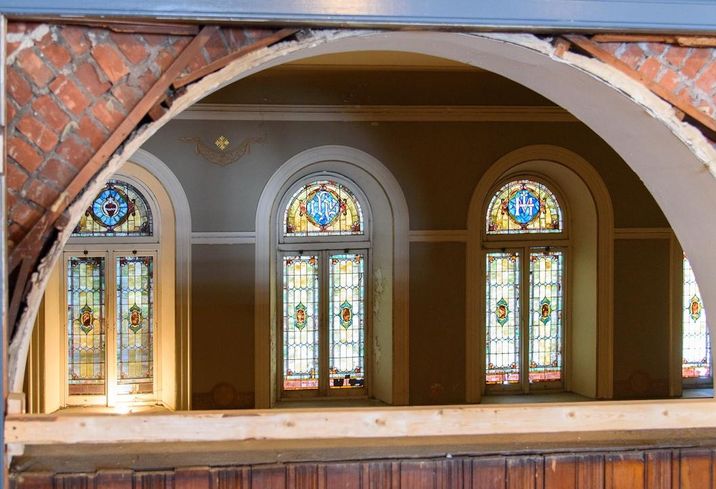 To that end, Center Stage is restoring a room on the third floor, which was once the library of the former Loyola High School College building, into its new France-Merrick Board Room. The fourth floor will also house the new Terry H. Morganthaler Costume Shop, the new Eddie C. and C. Sylvia Brown Education Center and the Nancy K. Roche Chapel, with restored painted glass windows, while the fifth floor will house a new rehearsal studio.

The theater company is also refurbishing six row houses on Calvert and Madison streets that house interns and visiting actors and artists. Center Stage raised a total of $32M for its capital campaign to support this initiative and invest in its endowment.